“Artistry is informed by intersections. It’s through art that I understand my gender, and that I can come to understand others - and that’s especially true for trans people, who need to have an outlet for their feelings, and a way to express their experience...because the personal is political.”

So said Wandile Dlamini, Fallist and radical intersectional feminist, and founding member of the Trans Collective, speaking at the multi-disciplinary "Engaging Collaborative Art and Activism as Scholarship for Gender & Sexual Justice” initiative at the University of the Western Cape (UWC) last week.

Dlamini was part of a panel discussion on Reflections on the project of decolonial, feminist, queer scholarly engagements with art and activism, alongside transgender author/activist and independant consultant Landa Mabenge of Landa Mabenge Consulting, and Gender DynamiX Executive Director - and also activist, performer and UWC alum - Liberty (Glenton) Mathhyse. 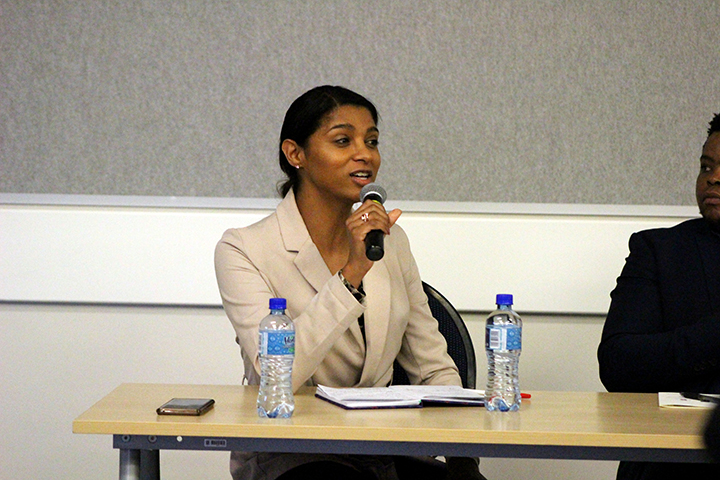 The panelists shared their own journeys as LGBTQ+ activists and scholars, and discussed a wide range of relevant issues, from the prevalence of symbolic and physical violence experienced by the transgender community and the depiction of LGBTQ+ matters in mainstream media, to the way queer pride has been co-opted by the business sector for profit - and above all, to the way that academia can help promote better understanding of gender issues.

“Much of the LGBTQ+ activist work - even scholarly activist work - is located on the margins of institutions, particularly when we frame it through a queer lens,” Matthyse said. “So how do we shift that attention to the centre, so that it becomes ingrained? How do we conceptualise the existence of diversity to its fullest extent within the academic programme?”

She/they related a personal tale illustrating the challenges faced within the academic programme, and wider society. 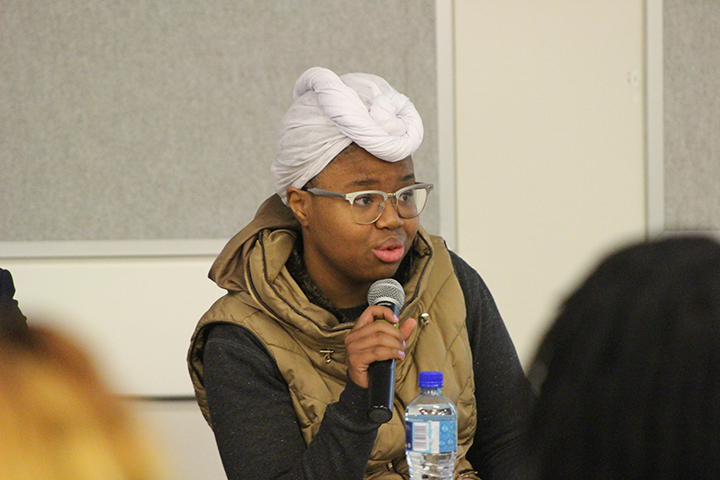 “In 2012 I was one of the students in the classroom (at UWC) who was called upon for an answer in class - and the lecturer addressed me as ‘Ma’am,’ and then, ‘Sorry, sir,’ and finally said, ‘I don’t know what you are’. The class burst out laughing - and the lecturer apologised, and said he didn’t mean any offense - but it didn’t matter (the damage was done).”

It’s more than just a question of language.

“How we gender people, how we interact with them becomes pivotal as a foundation for building relationships and scholarships,” she/they noted. “If we can’t even get the basics right, how are we going to get the broader strokes, and the finer details?”

Dlamini noted that they consider themself a gender theorist, but doesn’t do a lot of mainstream reading as a gender theorist - largely because they refuses to read cis people (individuals who identify with the gender they were assigned at birth) on gender. Not because cis writers have nothing to say, but because gender theory as a field already tilts too heavily in that direction.

“Trans people don’t finish high school; don’t get to academia; don’t get the PhDs that will allow their peer-reviewed scholarship to be taken seriously - meaning that what non-academic trans people have to say about gender theory will not be considered seriously by academic gender theorists,” Dlamini pointed out.

“Histories get made in the moment, but they also get made in the reflection of the moment. So how do I go about engaging and reflecting? Through art and activism, through performance and relating the trans experience - that is a form of scholarship all its own.” 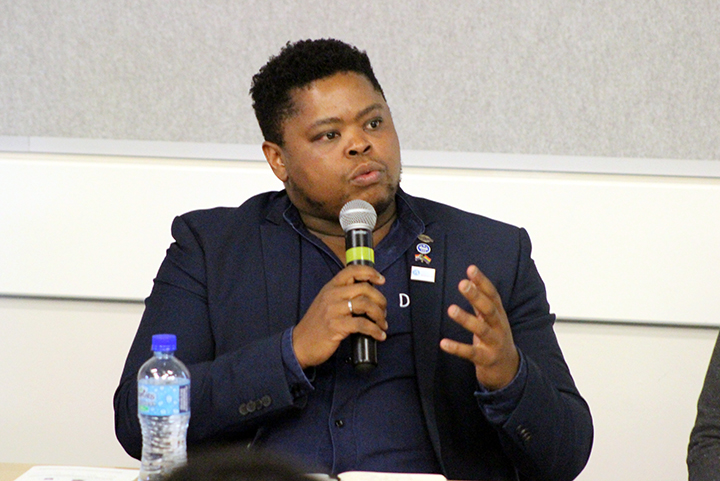 Mabenge has taken that form of scholarship to heart. His celebrated 2018 book, Becoming Him: A Trans Memoir of Triumph, relates his journey as a man born in a woman’s body, negotiating the challenges of a world not quite sure how to deal with him, and unflinchingly tracing his transition from female to male.

“People often come to me and ask me what life is like, ‘now that you are a man’,” Mabenge said. “That is a big mistake. I was always a man - just assigned female at birth. And as human beings, our tendency to distill gender to the genitals, and then to build up expectations of behaviour and roles based on that, is something we need to move beyond. My being a transgender man is not determined by the narrative of being a Xhosa man, with its predetermined and selective cultures and values.”

It’s about telling stories, the panelists stressed - stories in relation to sex and gender that frame the realities that we live as individuals - stories that can be used to reeducate society. 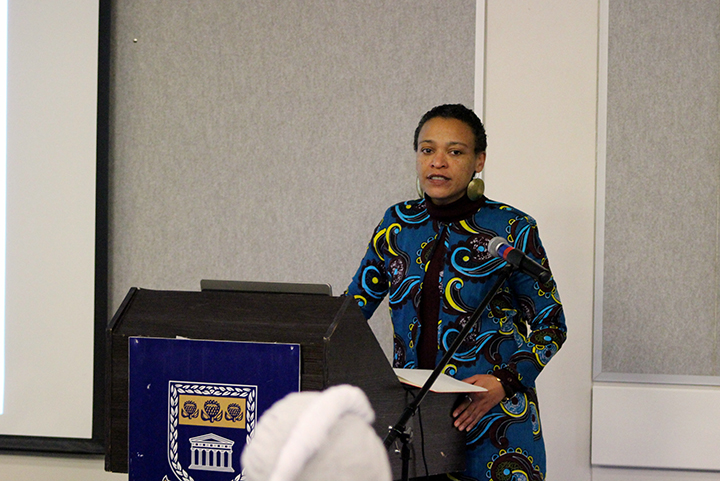 The two-day "Engaging Collaborative Art and Activism as Scholarship for Gender & Sexual Justice” event, co-hosted by the Andrew W. Mellon New Imaginaries for an intersectional critical humanities project on gender and sexual justice, Women’s and Gender Studies at UWC and the Hub for Decolonial Feminist Psychologies in Africa at the University of Cape Town, brought together artists, activists and scholars.

“This is an event where we engage not only as scholars, but also as activists and performers in our different spheres,” said Carmine Rustin, on behalf of the New Imaginaries Project at UWC’s Women’s and Gender Studies department. “Art has always provided one of the most effective forms of resistance, and the most powerful learning experiences.” 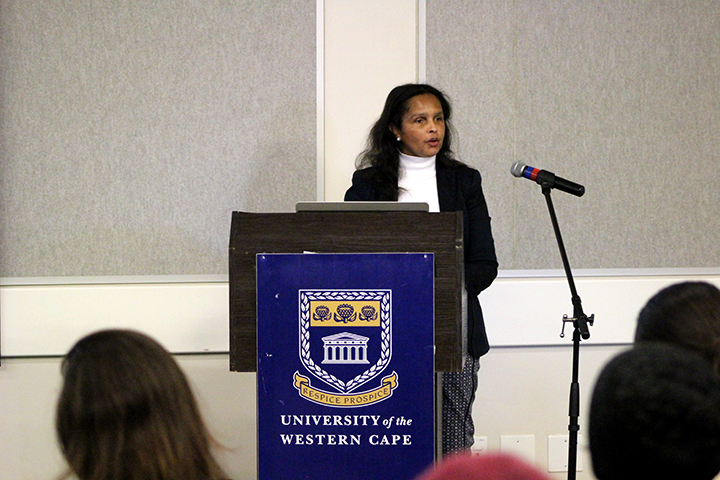 The multi-disciplinary event included a film screening of Nthabiseng Mokoena’s and Gabrielle le Roux’s award-winning film, Reclaiming Intersex while Black, Genderqueer and Feminist in South Africa, the 10-year anniversary of the art exhibition Proudly African and Transgender exhibition, and portrait drawings of ten trans activists from East and Southern Africa drawn from life by Gabrielle Le Roux and written onto by the participating activists.

“Together, we can find a way to challenge those forms of dominant scholarship and pedagogies which continue to stifle voices so many years into our democracy,” Rustin noted. “And together we can go out there to promote gender and social justice, and bring about a more just society.”