From HOD to HOS 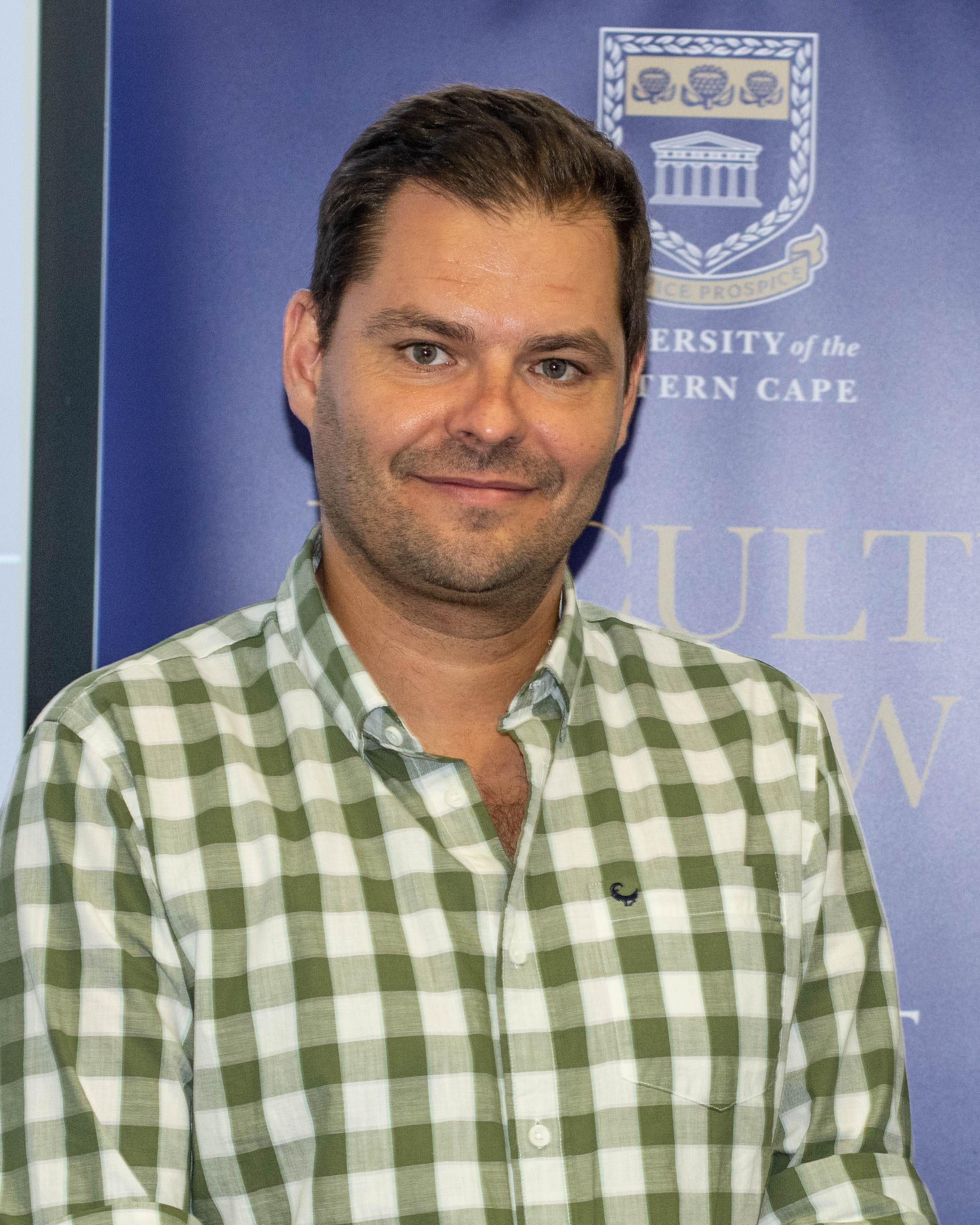 Werner Scholtz, Head of the Department of Public Law and Jurisprudence at UWC until 31 December 2020, has been appointed Head of School and Professor of Global Environmental Law, in the Law School, Faculty of Social Sciences, University of Southampton, United Kingdom, from 1 February 2021.

Werner obtained his doctorate in law from Leiden University in 2001. He conducted comparative environmental law research, which included research on Dutch constitutional and administrative law. After the successful completion of his doctorate, he joined the Chemical and Allied Industries' Association where he represented the chemical industry as well as Business South Africa at various fora, such as NEDLAC. He was also responsible for the drafting of self-regulatory norms and standards for the chemical sector and the provision of legal advice concerning environmental law. Werner received a postdoctoral grant in 2003 to research the relationship between the WTO regime and International Environmental Law from a Southern perspective in 2003 at the Ruhr University, Germany.

Werner was appointed as an Associate Professor at the Potchefstroom campus (NWU) in 2004 and promoted to full Professor in 2008. He received an Alexander von Humboldt stipend in 2006 to research the North-South relationship in International Environmental Law at the Max Planck Institute for Public, Comparative and International Law in 2006. He has since then received several return stipends to continue his research at the Max Planck. Werner has occupied several honorary positions. He has been a Research Associate at the South African Institute for Advanced Constitutional, Public, Human Rights and International Law (2007-2011), Guest Professor at the Ruhr University since 2004 and a Visiting Professor at the Lincoln Law School, UK (2017-2020).

As Head of Southampton Law School, Werner will be responsible for developing and delivering the vision and strategy of the School so that it is aligned to the University strategic priorities, objectives and values. The University of Southampton is a research-intensive university and founding member of the Russell Group. The University is ranked as a global top 100 university and the Law School is one of the top 20 law schools in the UK. Werner considers his recent appointment as an opportunity to collaborate with a team of esteemed colleagues to further advance the position of Southampton as a leading law school. In his position as Global Environmental Law Professor, he aims to expand the undergraduate and postgraduate environmental law modules on offer. Werner is currently developing an international LLM module, which will be presented by internationally leading scholars. Furthermore, he organised an international seminar on COVID-19 and International Environmental Law, titled "The global environmental crisis: environmental law as a vaccine for a planetary pandemic". This seminar will take place via Zoom on 19 February 2021.

Werner will continue to foster ties with UWC and looks forward to collaborating with the recently established Global Environmental Law Centre. It is with fondness that he looks back on his eight years of good relations with students and staff members. His family, Monika (wife), Juliusz (son) and Maja (Jack Russel) are currently preparing for their imminent relocation. Werner will continue to pursue his passion for jazz, wine and international politics in Southampton, but his departure from Stellenbosch implies a suspension of his activities as garagiste.