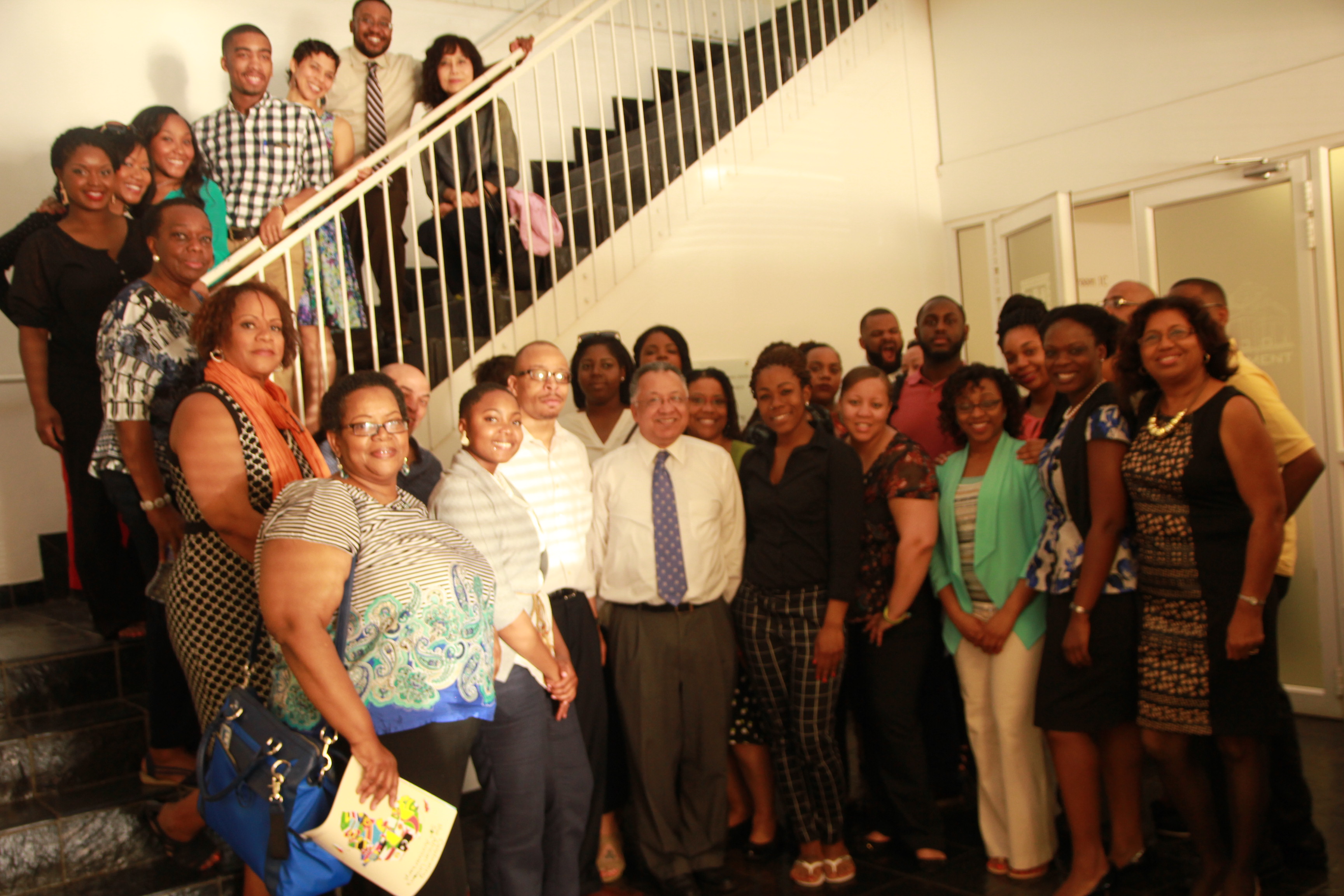 It has been almost 35 years since UWC alumnus Professor Cudore Snell migrated to the United States, but his soul is still firmly rooted in his alma mater.

In March, Snell, a professor of social work and former dean at Howard University, led a group of Howard students and staff to visit the UWC as part of the Howard University International Service Learning Project. The tour was part of their foreign student exchange programme, and it was the fifth consecutive year that Snell brought the students to South African shores.

Snell said they chose UWC because of its “good reputation” and because it the laid foundation for his successful career abroad. “I received my BA Social Work and Psychology at UWC, and also worked at the Institute of Child Guidance as the first Psychiatric Social Work-Lecturer from 1977-1979,” Snell explained.

He recalled that although UWC was designated a Bush College, “the education I received was of a high quality, which prepared me well for further graduate study in the USA and the completion of my Master of Social Work degree.” In 1989, Snell went on to obtain a Doctor of Social Work degree from Howard University.

While at UWC during his latest visit, his group attended a conference of the National Association of Social Workers recognising World Social Work day on March 18, went on a campus tour, and also attended several presentations in UWC’s Social Work department. Snell also participated in the March graduation ceremonies as special guest of staffers Marie McDonald-Minnaar and Samantha Castle.

He commented about the latest visit: “We were warmly and graciously received as always. We learned much and were very pleased with our visit.”

Snell believes there are similarities between UWC and Howard. “Both institutions share a commitment to be relevant to local, national and international perspectives to serve underserved and marginalised populations.”

Howard University has a memorandum of understanding to support academic exchanges, and “we look forward to our ongoing partnership with UWC”, concludes Snell.