A gust of wind threatened to lift a larger than life image of the late Professor Jakes Gerwel and President Nelson Mandela from the balcony it was attached to. A heroic man in a black hat eventually managed to secure the ties and the image of the icons, once again, towered clearly above those who had gathered to celebrate the life of Professor Gerwel in Greatmore Street, Woodstock on Saturday. 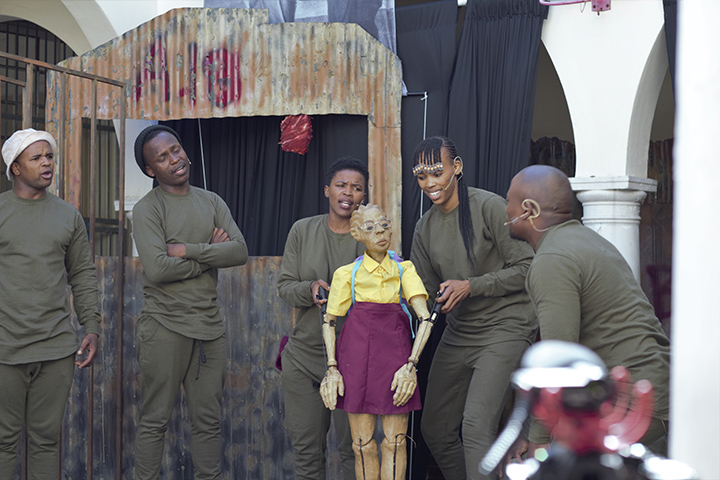 The aforementioned hero was none other than the photographer of the image, Rashid Lombard. Some of his other photographs of the former UWC Rector and Vice-Chancellor were on display in a room a few metres away. Lombard was seen engaging with Jay Naidoo at the exhibition before the anti-apartheid activist took to the podium later in the afternoon. Naidoo’s topic? The Ethics of Privilege – How do we live ethically?

The subject is not what one would expect at a commemorative celebration. Neither are the issues of land reform, the role and responsibility of the intellectual, or street justice. But these are the themes Professor Gerwel would have wanted to explore, current UWC Rector and Vice Chancellor, Tyrone Pretorius, told the audience, preceding Naidoo’s address. 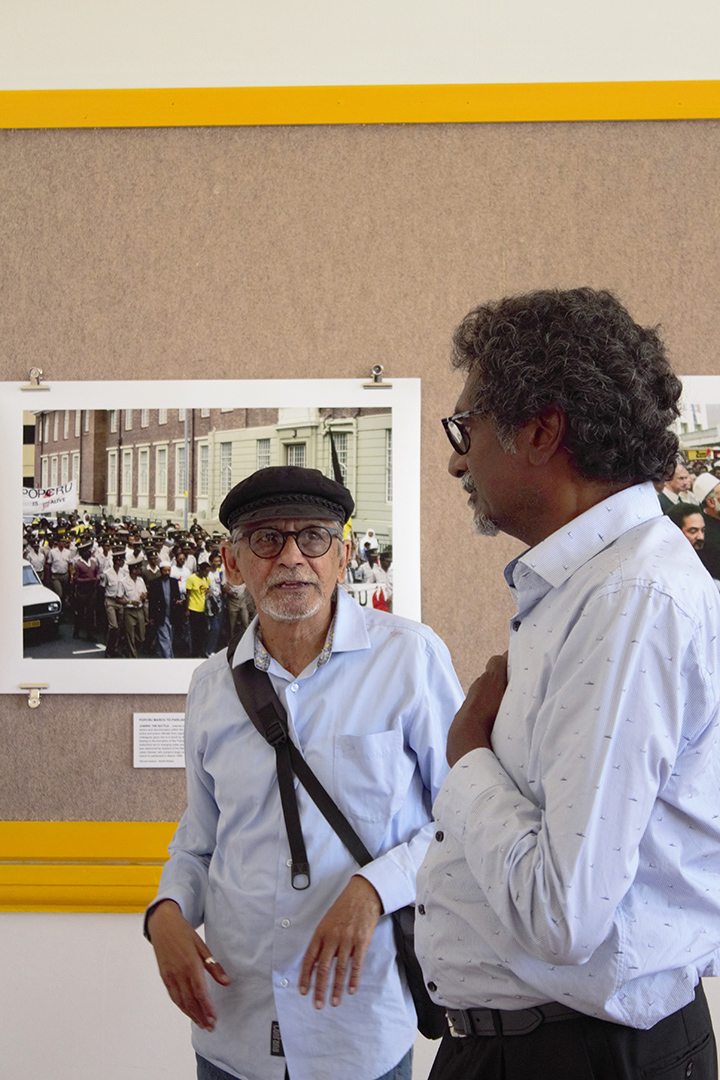 The University is leasing the old school building where the event was held, in conjunction with the Jakes Gerwel Foundation. Soon the building will undergo renovations and, said Professor Pretorius, it will become the home of the acclaimed UWC Centre for Humanities Research. Among the public initiatives will be an arts project for artists associated with UWC.

The University - which was “dumped” and isolated in the middle of the bush in Bellville by the apartheid regime - is expanding its footprint. On Tuesday it will officially open the new Community Health Sciences building in the Bellville CBD, and now it will focus its attention on the Greatmore Street Project.

“I believe Jakes would have been proud of the Greatmore Street Project as well as the celebration of his life here today, because he placed the advancement of society and communities at the very centre of his intellectual thought and his intellectual work,” said Professor Pretorius. 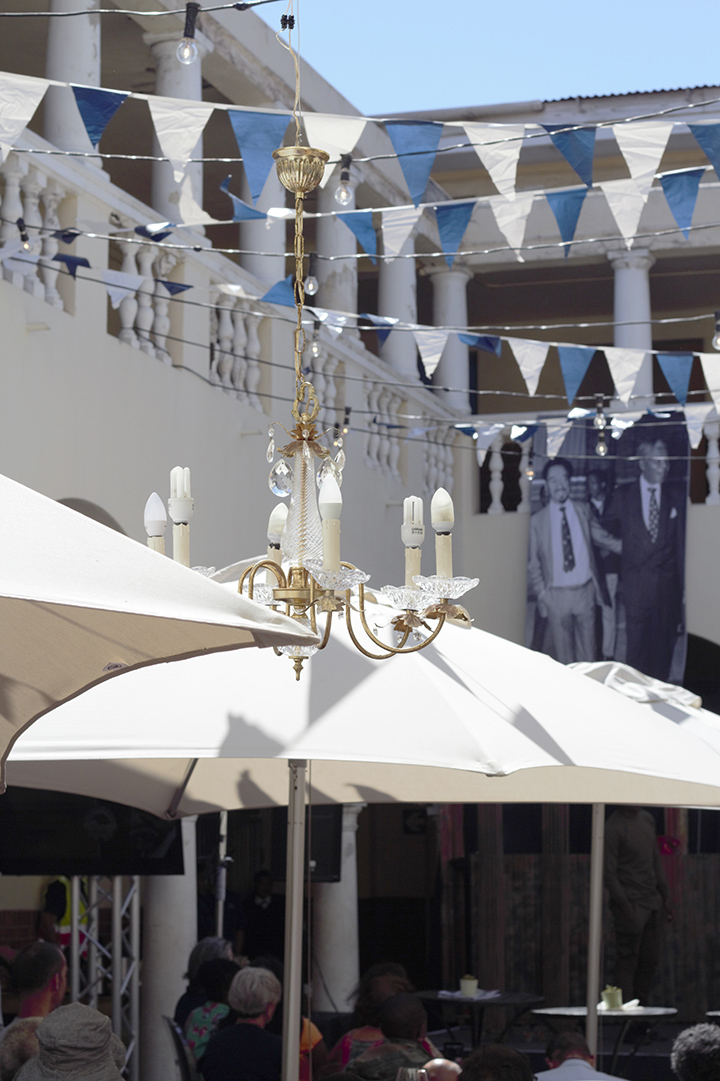 The audience, which included Professor Gerwel’s family, nodded in agreement. When Naidoo took the stand he painted a candid picture of modern day South Africa which has been marred by controversy, corruption and looting of the state.

“We look at 14-million people that go to bed hungry. One in three who are unemployed or living on a social grant. It cannot be that in a country this rich we have these bubbles of luxury - of privilege, of power - that co-exist alongside the vast majority of our people,” said Naidoo.

“So how do we live ethically? In the last decade I’ve seen the rising anger. Anger that I recognise from the anger we had when we were young because of apartheid which had robbed us of our given dignity and destroyed the very sense of our humanity, to a point where we felt we were inferior to white people,” said the former cabinet minister.

He said the likes of Mr Mandela and Professor Gerwel had created a safe container in the form of a constitutional democracy for the country to work towards redressing the injustices of the past, creating equality and empowering the marginalised. “However, we have rather destroyed hope instead of creating hope in the last 25 years,” he explained. 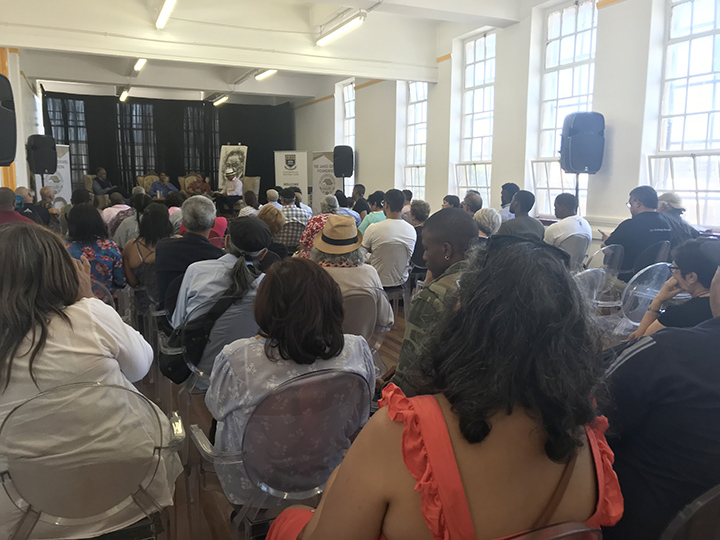 “The time has come,” said Naidoo, “for people to use their privilege for the greater good”. He thought critically about his life and identified three things he had neglected - respect for the earth and how society is exceeding the planetary boundaries, finding a balance between the sacred feminine and the sacred masculine within himself, and his spiritual growth.

“We need a new breed of South Africans who love their country,” said Naidoo.

“We could be part of the change that we talk about…if we learn patience and learn to listen with empathy and heart…Not to look for another messiah but to find the Mandela in your heart.”

Click below to view more information and a video clip pertaining to the above mentioned Jakes Gerwel commemoration. 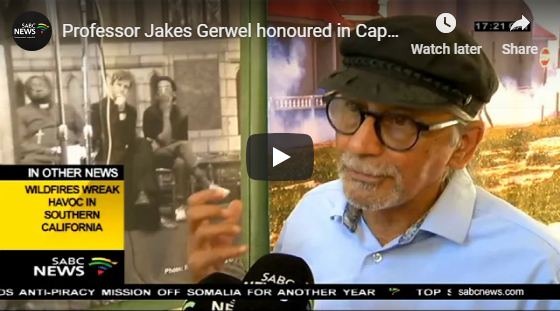