Goals by defender Clinton Herwel and forward Jaydan Petersen ensured that UWC emerged with the much needed maximum points, remaining unbeaten at home. The win has also lifted UWC to third position on the log and stands them in good stead to realise their goal of reaching the semi-finals of the competition.

In a tense and fast-paced clash, UWC, who lifted the trophy in 2015, took the game to the visitors from the onset and it was not long before Herwel rose highest to strike home in the seventh minute. But the boys from Pretoria displayed that they are not among the most feared teams in the competition by chance, and applied pressure on the home side, taking advantage of their (TUT’s) height to win most of the aerial battles.

It was from one of the many corner kicks that they scored a stunner from outside the box to level matters before halftime. But UWC had the last laugh when Petersen netted his third goal of the campaign 15 minutes from the final whistle to seal the victory. 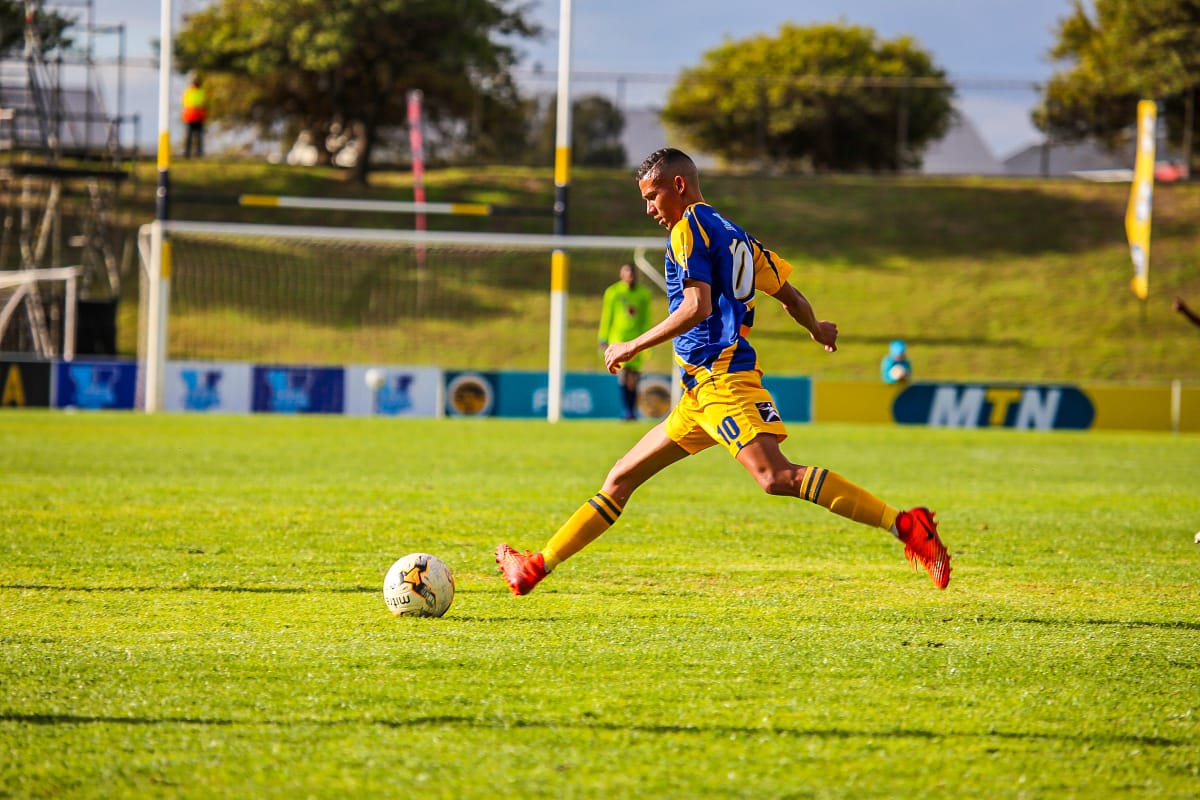 UWC assistant coach Dr Lwando Mdleleni is delighted with the win, and says resilience and patience from the boys, as well as home ground, played to the team’s advantage. “We started the competition very badly with two away games that we lost, but have always known that we have a good record at home. This is our fortress. You cannot come here and take anything away from us.”

Not taking away previous challenges from other visiting teams, Dr Mdleleni commented that TUT has been their biggest challenge at home this season. “These are the defending champions and they came into this game on top of the log. So everything was against us. But we knew that they have been breaking their momentum, drawing and losing their last two games. So we knew that if we apply ourselves and put them under pressure, we can get the results.”

UWC’s next assignment is at home against North West University who triumphed over Central University of Technology last night to shoot to the top of the log. Dr Mdleleni expects nothing but a win from his team. “We are now left to win the last home game and secure a home semi-final.”