Pictured: Senamile Masango will be conferred a Master’s degree in Nuclear Physics,

Senamile (32), who is graduating on Friday (5 April 2019) as one of only a few women in South Africa to obtain a degree in the field, will be continuing her studies towards a doctorate degree. She is one of over 3000 graduates who will graduate from the University during the April Graduations from 3 to 9 April.

But Senamile’s journey from rural Nongoma in KwaZulu-Natal to UWC has been punctuated with tragic loss. She has been in mourning over the death of her only daughter, seven-year-old Sindisiwe, from a motor accident in 2016.

After Sindisiwe’s passing, she needed a change of environment to deal with the hurt. Senamile relocated to Cape Town and threw herself into her studies.

“It took some time, but eventually I found my healing with the support of staff and friends I’ve met and made at UWC,” says Senamile.

Her path brought many highlights as she journeyed towards healing. Senamile was part of a major African-led experiment at CERN, the European Organisation for Nuclear Research and one of the world's largest and most respected centres for scientific research. She was also the only woman represented in the group. It was one of Senamile’s big goals, “because it’s every scientist’s dream to go to CERN”.

Her exploration of nuclear science began at the University of Zululand. By the time she started her studies at UWC, she already held an Honours degree in Physics (with a major in Nuclear Physics) from her former university.

“My interest in nuclear science really started at Mlokothwa High School in kwaNongoma when I was 11. Our geography teacher, Mr Ziqubu, introduced us to astronauts, which he explained to us as people who travel into space,” she says.

“I was so fascinated to learn there are people who can leave this dimension and go to the moon. I also learned that no one in Africa had ever travelled into space. This is when I fell in love with science.

“I always wanted to make history, and I wanted to be the first African to travel to space,” she recalls. “I was so hurt when Mark Shuttleworth beat me to it,” she jokes.

Senamile speaks fondly of the people who inspired her.

“My late father, Dr M J Masango, is one of them. Nine years after his passing I still live by his teachings. He grew up in the apartheid era in a poor family without a father, but that didn’t stop him from achieving his dreams.”

His inspiring example helped her work towards her goals: achieving her doctorate and raising money to build science laboratories in rural areas.

She launched the Senamile Masango Foundation in 2014, which aims to empower women in South Africa and Africa. It offers programmes for school pupils and professionals to increase the scientific productivity and efficiency of women scientists in the Third World and to strengthen the research efforts of, and training opportunities for, young women scientists and engineers.

“The biggest challenge for me within this field is being a woman. No one believes in you. You have to prove yourself first, that you can do it and you belong here, but I am grateful for my supervisor, Prof Nico Orce. He is the greatest motivator there is. He supports you and exposes you to every opportunity in the field.”

Senamile is also founder and chairperson of Women in Science and Engineering in Africa (“Wise Africa”), an NGO registered with the department of Social Development. Wise Africa provides leadership and role models for young people wishing to enter the fields of science and technology.

The University of the Western Cape is celebrating the achievements of thousands of its students at its April Graduation 2019.

Over five days, the University will confer dozens of PhDs, hundreds of Masters and Honours degrees, and thousands of Bachelors degrees diplomas and certificates.

A number of exciting and intriguing PhD and Master’s research topics have emerged from this year’s crop of top-performing graduates - not only relevant to the South African context, but also to the rest of Africa (and beyond).

Some of those topics include… 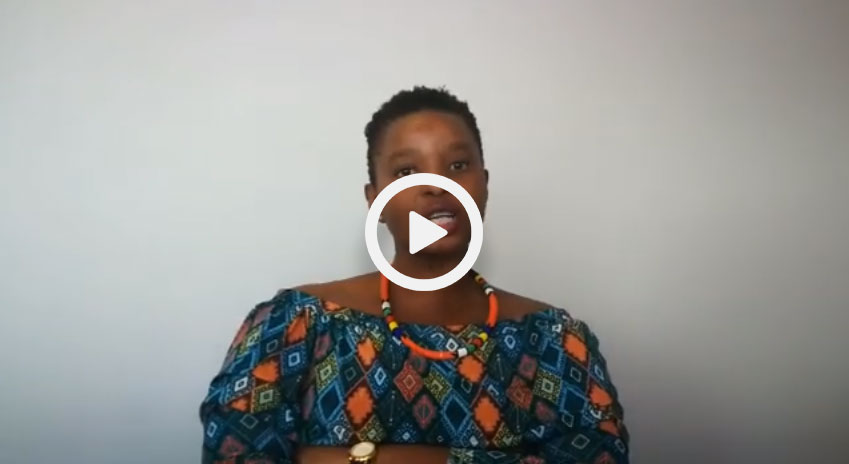