UWC rugby team began their Varsity Cup challenge with great aplomb when they nearly snatched a win over the higher rated Ikey Tigers of UCT in their own backyard at Green Mile sports field on Monday, 4 February 2019.

Leading 24-23 with only five minutes remaining, FNB UWC could smell the victory. But the two-time Varsity Cup champions scored a seven-point try which was converted to end the game 32-24. Under Varsity Cup rules, teams are awarded seven points for a try instead of five when the move that led to the try starts outside the opposition’s half.

As debutants - who made history by becoming the first previous disadvantaged institution to qualify for the premier university rugby Varsity Cup competition - many had expected UDubs to be a punching bag in their first season. But Chester Williams’s boys stood their ground and went toe-to-toe with their opponents.

In a scintillating clash in front of a cheering capacity crowd, the game lived up to that of a derby as the evening gave birth to a new Cape derby in the Varsity Cup. UWC bounced back every time their opponents took the lead; with Kurt-Lee Arendse showing why he was selected into the South African Sevens Academy team when he touched down UWC’s first ever try in the competition, five minutes before half time.

His teammates Tristan Leyds and Andre Manuel added one try apiece, while Springbok Under-20 star Lyle Hendricks scored three out of three conversions before adding a penalty to give UWC a one-point lead, giving the visiting fans hope of a historical victory. Although Ikey had the last say and won the encounter, UWC left the field with their heads high and something to take into their next game against Shimlas at home next Monday.

And while the battle on the field was intense, there was a great sense of camaraderie between the leadership of UWC and UCT, with Vice-Chancellors Professor Tyrone Pretorius and Professor Mamokgethi Phakeng wearing opposing team rugby kits and sharing a laugh together. UWC was also backed by a sizeable fan base which included executive members Professor Vivienne Lawack and Manie Regal, directors Patricia Lawrence and Larry Pokpas, as well council members, students, staff and alumni. 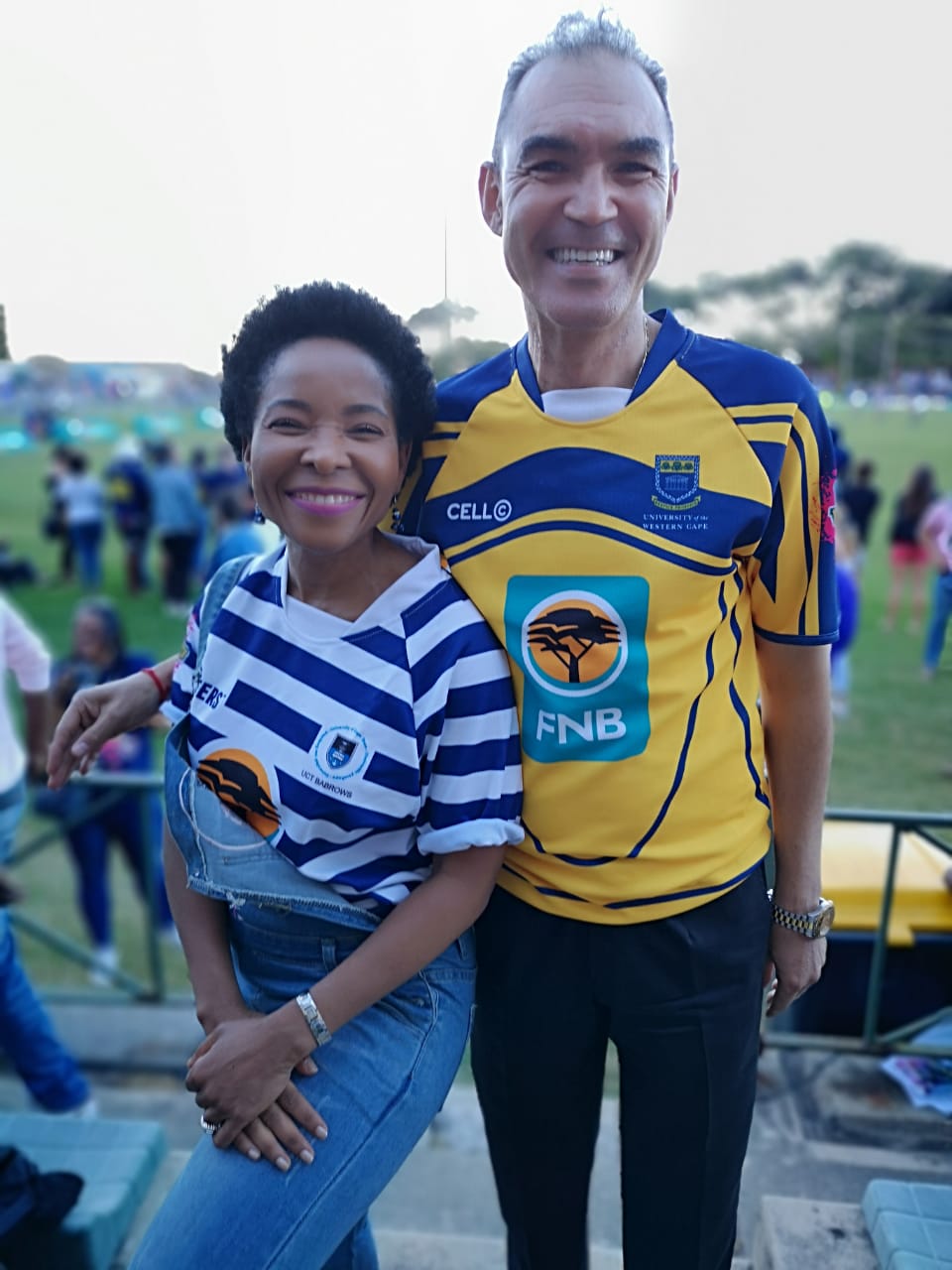 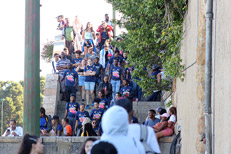 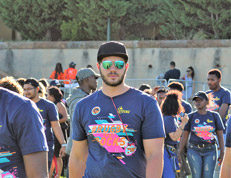 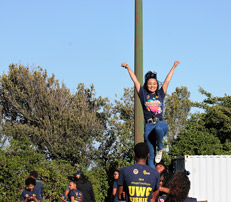 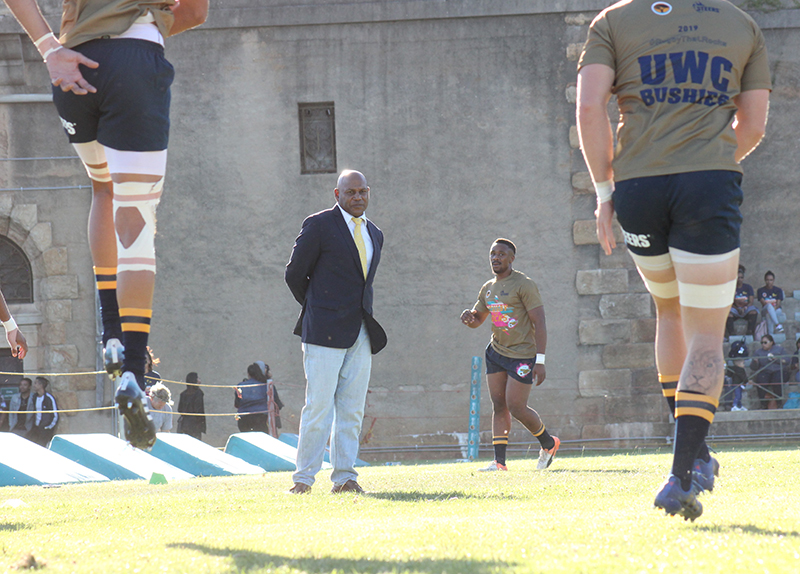 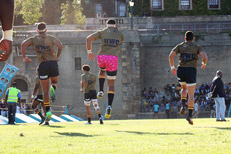 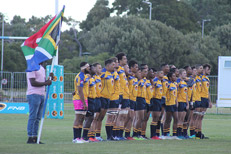 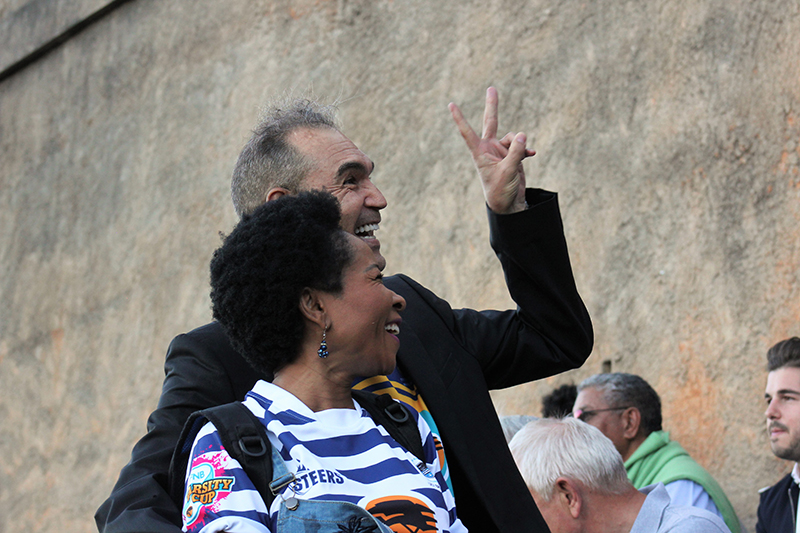 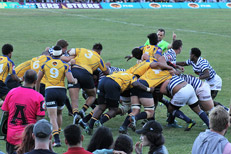 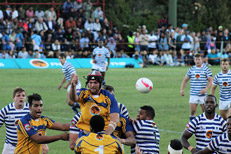 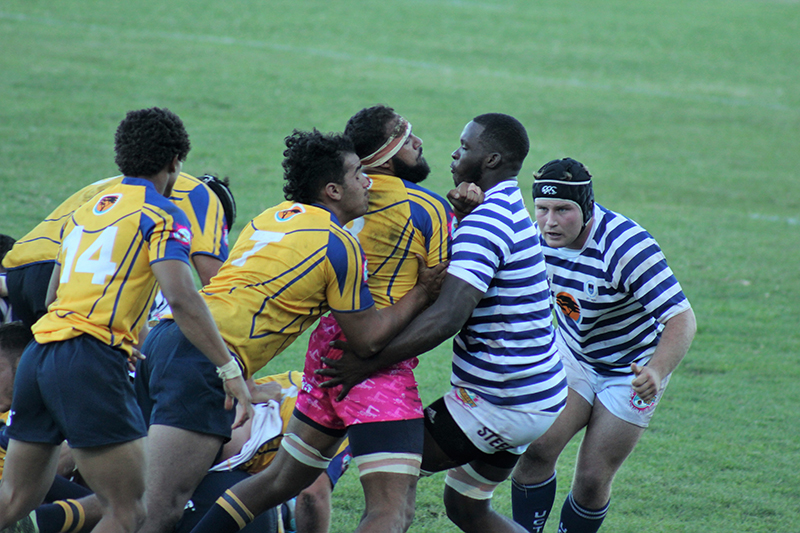 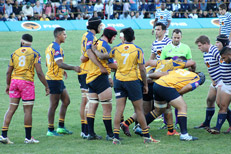