The paths to success for women in science are as diverse as the women scientists of this country. Over the last few weeks astronomers and stakeholders from the Inter-University Institute for Data Intensive Astronomy (IDIA) have been raising awareness in several communities.

A notable event was organised by Protea Heights Academy in Brackenfell to celebrate Women’s Month on August 24. A stellar lineup of women in academia, science and engineering, along with the Western Cape MEC for Education, Debbie Schäfer, addressed an audience of nearly 300 girls from grades 7 to 12, from over 35 schools in the region.

In attendance was Professor Mamokgethi Phakeng, Rector and Vice-Chancellor of UCT. She encouraged girls to set their own agenda, give themselves ambitious goals and pursue them with discipline and hard work.

University of the Western Cape (UWC) Associate Professor, Carolina Odman, from IDIA, emphasised that language should not be a barrier to science. Scientists and researchers at UWC are working to make science education resources available in other languages, and are collaborating with the Xhosa department at the University.

Ms Isabella Rammala, a young South African astronomer studying for her PhD, inspired the audience with her life story. She showed everyone an image of the MeerKAT telescope in the Karoo and explained that she had spent the last three years building the telescope. Not bad for someone whose dream had taken her from a modest, rural part of South Africa to one of the most advanced science and engineering projects in the world.

Another speaker, Ms Mia Louw, an engineer from the Simera Group, discussed engineering careers and presented some fascinating robotic applications she has been involved in. Ms Anché Louw, from the Antarctic Legacy Project, showcased field work involving penguins and seals on Marion Island. Finally, Ms Leandra Taylor, a scientist and entrepreneur co-founder of Split Second Science, gave a science show while explaining her journey to become a scientist and a teacher through the South African National Defence Force.

On September 29, Dr Lucia Marchetti from UWC and UCT, as well as the Local Organising Committee of Soapbox Science Cape Town 2019, hosted a speaker training workshop. The workshop was geared at selected speakers who will participate at the Soapbox Science Arena on the 28th of September at the V&A Waterfront. The training was co-organised with Jive Media and took place at the South African Astronomical Observatory.

Speakers had the chance to learn how to engage the crowd through “busking with science”. In addition, they discussed how to encourage young girls to pursue a career in STEM and how to stop the dropout rate of women scientists in academia. Dr Natasha Ross from UWC was among the speakers who attended the workshop.

“This is a wonderful opportunity to bring our science to the people, and the training with Jive Media and the Soapbox Science LOC team has been very important to get ready for such a different and exciting event!” said Dr Ross.

After the training, Dr Marchetti traveled with Professor Mattia Vaccari, also from UWC, to Carnarvon in the Northern Cape. The two are co-authors of the “Hemelliggaam - or the attempt to be here now project”. They engaged with more than 200 learners from Carnarvon primary and high schools to inspire the youth about art and science, using the beauty of astronomy and nature.

At the same time a team of UWC scientists gathered at the Joe Slovo Secondary School in Khayelitsha. The team included Dr. Fanelwa Ajayi, organiser of the “Meet your future career” event, and Dr. Asanda Busa - both from the Department of Chemistry; Dr. Andusa Jamile and Dr. Germana Lyimo from Dentistry; Mr. Joseph Nsingi from Geology, along with university students and successful professionals. But it was not just scientists; Mr. Sinethemba Nobom, studying for an MA in the Faculty of Arts, spoke of his collaboration with scientists to develop science and technology resources in isiXhosa.

Prof. Odman said: “If we look at the earth from space, we don’t see lines and borders between countries. This shows how science teaches us to change our perspectives. The ability to do so is a life skill, not just the remembering of dry facts. As we continue engaging our communities, we keep growing and we learn how to better serve them through our teaching and our research”.

Hanging out with the team from the Western Cape Education Department and Protea Heights Principal, Wendy Horn. 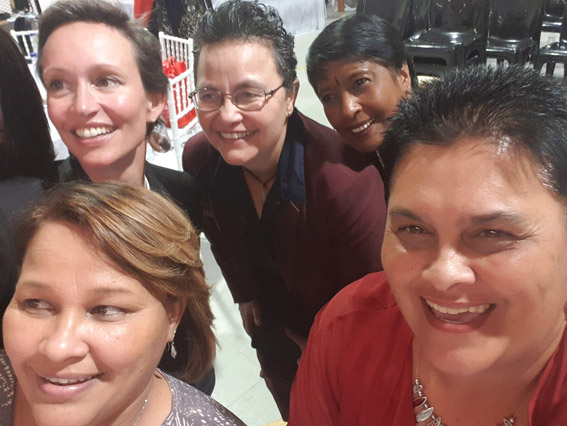 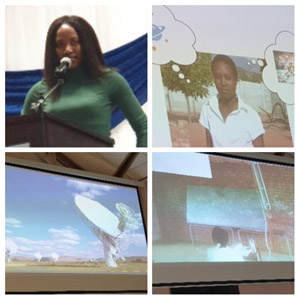 JOE SLOVO SECONDARY SCHOOL
The kids are on top of the World! 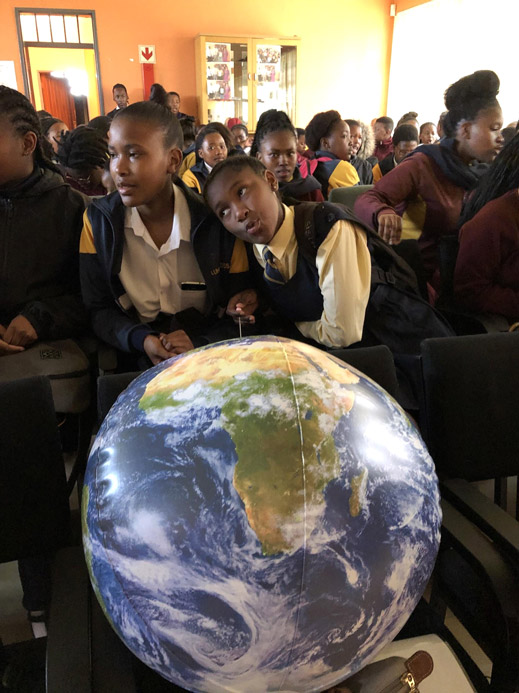 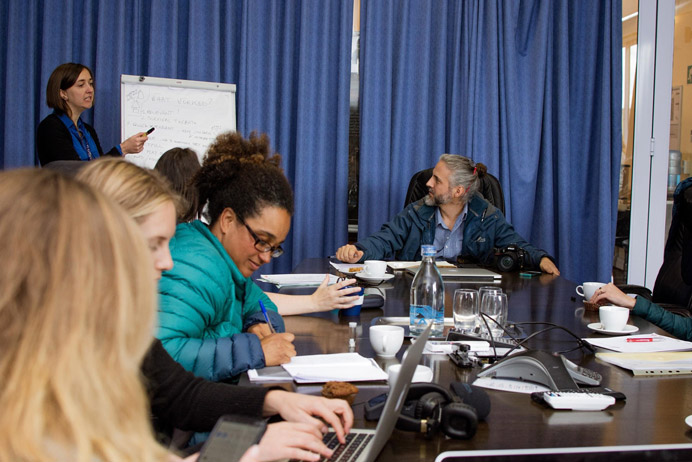 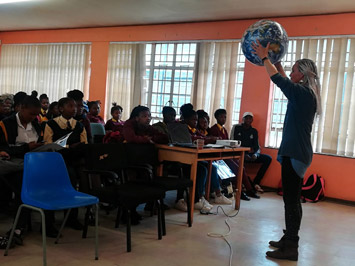 Brainstorming and discussion during the Soapbox Science speakers training at SAAO 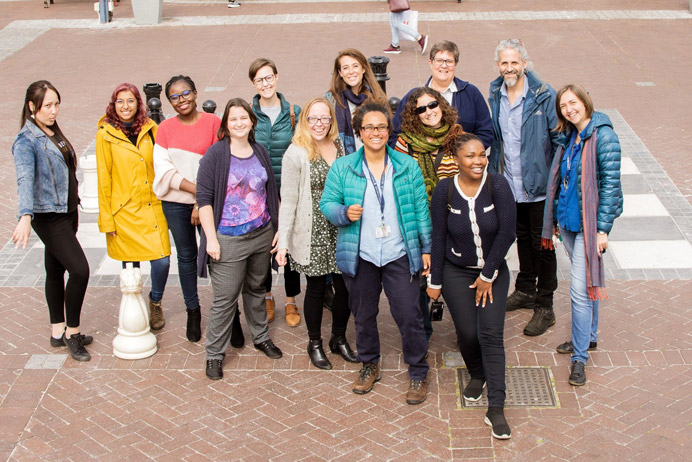 CARNARVON:
Tommaso Fiscaletti and Nic Grobler explaining the exhibition “Hemelliggaam - or the attempt to be here now” to the grade 6 learners from the Carnarvon Primary School. 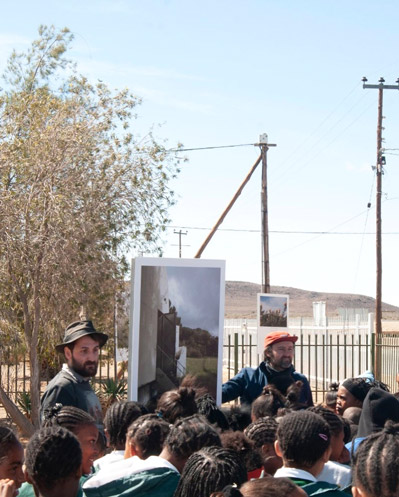 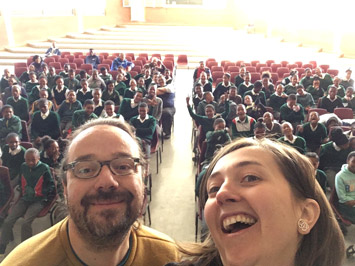 Everyone is enjoying the time together! [In the picture: Prof. Mattia Vaccari and Dr. Lucia Marchetti in the front and the grade 7 from the Carnarvon Primary School in the background]