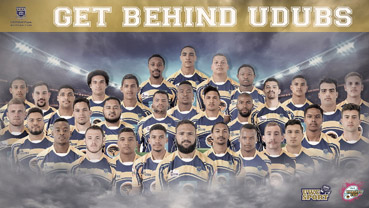 The University of the Western Cape is calling on you to be Player 16 by getting behind our FNB Varsity Cup side as they make their historic debut in the country’s premier university rugby competition.

UWC is the first historically disadvantaged institution to play in the Varsity Cup. Coach Chester Williams, Rector and Vice Chancellor Prof Tyrone Pretorius and Director of Sport Mandla Gagayi, have made an impassioned plea to the entire UWC community - including alumni, former rugby players and donors - to get behind Udubs as they make history this year. 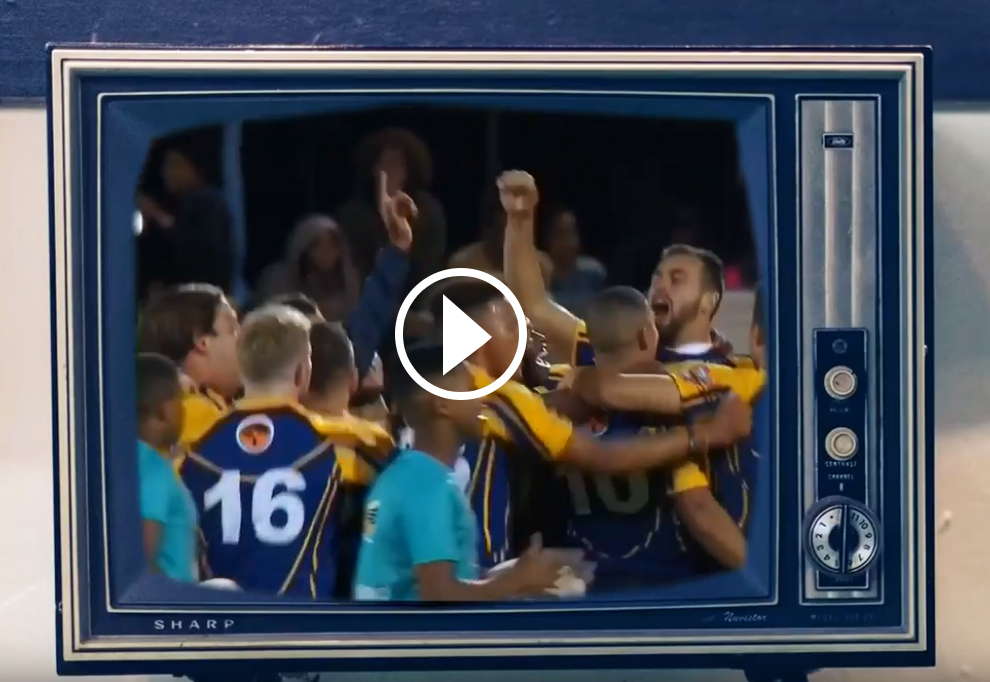 In 2018, Udubs were promoted to the Varsity Cup after beating the University of Fort Hare 39-18 in the final of the Varsity Shield. The promotion was a dream come true and the culmination of seven years of hard work to reach the Varsity Cup.

Since the arrival of 1995 Rugby World Cup winner Chester Williams in 2016, the UWC side has been on top form. Udubs narrowly missed promotion in 2016 when they lost both the final and the promotional play-offs. But in 2017, assisted by fellow former Springbok Bolla Conradie, UWC won the Varsity Shield competition. UWC remained in the Shield for another year as promotion to the Varsity Cup only happens every second year. 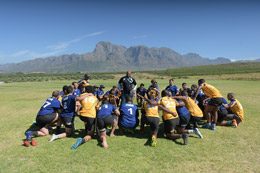 Now Coach Chester is calling on everyone connected to UWC to get behind the team.

“The players have worked very hard, not just with rugby training but in their studies too, and they are now going to put their bodies on the line for this university. I want to urge the students to come out and support and encourage - I want them to come to every home game and show their support for the team.”

Professor Pretorius has been a staunch supporter of the rugby side, attending all the home games.

“Advancing to the Varsity Cup is proof that UWC is committed to excellence, performing at the highest levels and nurturing talent. I am very proud of the team and coaching staff - and glad that their hard work has been rewarded with their move to the top tier in university rugby,” Prof Pretorius said. 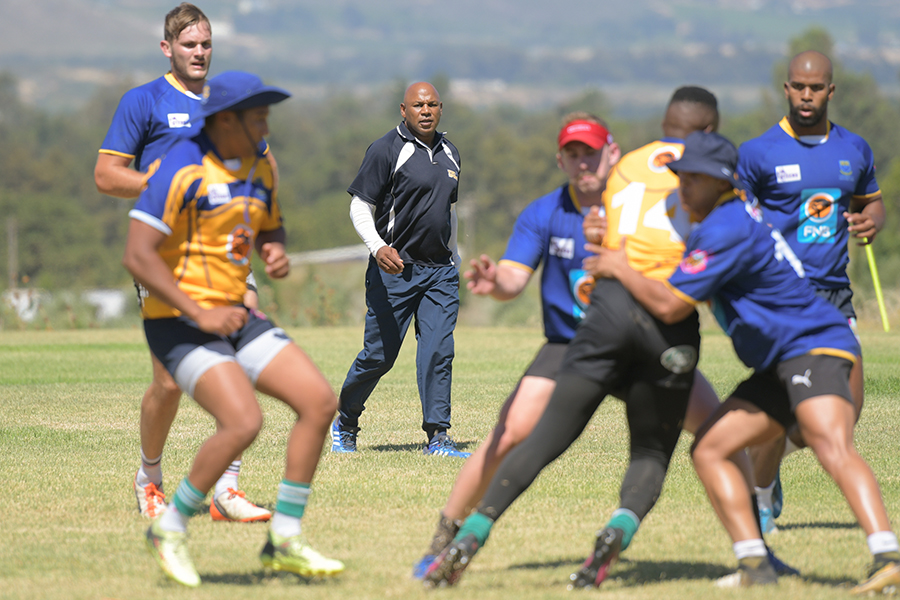 “It is a considerable jump from Varsity Shield to Varsity Cup. We expect that the first year will be a year of adapting. However, what we know from what we have seen is that Chester and his team always give one hundred percent. We are satisfied with whatever happens during the course of the tournament. We are satisfied with the work ethic and the commitment from the players in our rugby team.

Gagayi said UWC Rugby owed its success to all those who have gone before.

“They laid great foundations and an ethos for us to follow,” he said.

Gagayi said the promotion to the Varsity Cup symbolised a great game changer and it is proof of UWCs role of giving hope to those who never had opportunities before. “The victory further demonstrates our strength to always rise above our challenges as an institution and compete against the best. It is a great changer for the University.

“In the midst of all the pressure and excitement we must never forget the things that led to where we are. As such we must never lose our identity just because we want to conform or adapt to challenges of the present. We must all manage our expectations and never put our student athletes and coaches under pressure. Our teams have been great because we have always allowed our student athletes and coaches to express themselves freely on and off the field.” 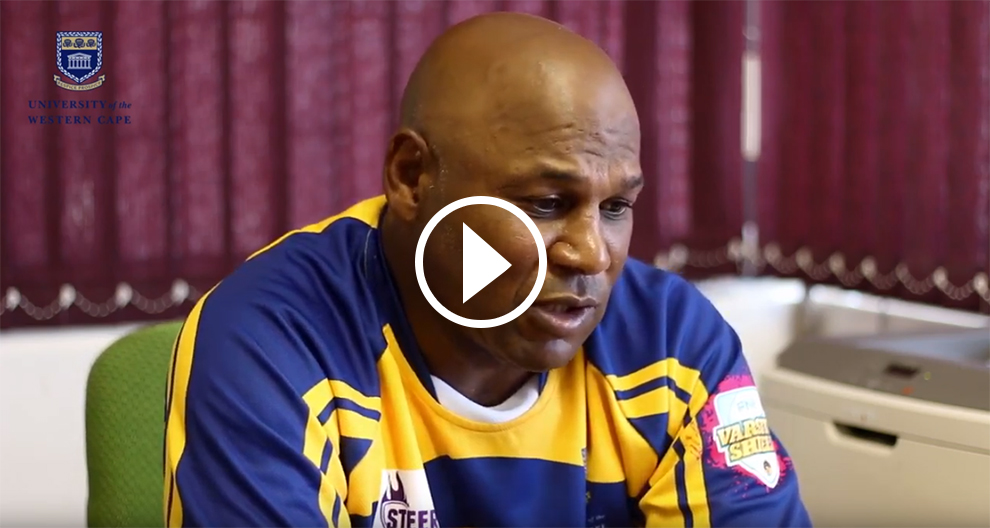 2011: UWC is one of the founding members of the FNB Varsity Shield, along with CUT (the inaugural winners), Wits (the first team to earn promotion to the Cup), UFH and UKZN.

2012: Once again, the UWC Rugby team finishes the Shield in third place.

2013: As former Springbok Coach Peter De Villiers joins as UWC Rugby Head Coach, the UWC Rugby Team begins the Shield strong with a televised game against CPUT, and ends with a final face-off against the same team, finishing the Shield in second place after a 19-29 defeat. The team also kicks off their Pink Shorts Campaign, visiting the Saartjie Baartman Centre for Women and Children to help clean the grounds and play with the children – soon to become an annual tradition.

2015: UWC finishes the Shield third (for the third time), though the competition’s Top Try Scorer, James Verity-Amm, hails from the University (and also happens to be the tournament’s fourth best point scorer). Mandla Gagayi joins the University as Head of Sport.

2016: As former Springbok Chester Williams joins UWC as Head Coach for Rugby, UWC Rugby Club narrowly misses promotion to the Varsity Cup, losing both the final of the Varsity Shield (to Wits, 39-2) and the promotional play-offs (to the Ikey Tigers of UCT). UWC’s Aidynn Cupido is named “Back That Rocks” and is nominated for Player of the Tournament.

2017: UWC Rugby team wins the Varsity Shield for the first time, finishing 45-2 against Fort Hare in an epic final. This performance helps earn them the UWC Club of the Year Award, while Coach Chester Williams is awarded UWC’s Coach of the Year. Aidynn Cupido is again nominated for Player of the Tournament.

2018: UWC once again dominates the Varsity Shield, losing only one of its games, trouncing Walter Sisulu University (FNB WSU) in the final, and also winning promotion to Varsity Cup (by defeating their 2017 rivals, the University of Fort Hare, 39-18). Adrian Paarwater receives Man of the Match in the Varsity Shield Final. Teammate and Baby Bok Lyle Hendricks wins UWC Sportsman of the Year, Lubelo Scott receives his Half Colours, and several members of the team play for Western Province U/21.

2019: And that brings us to today, when UWC Rugby team is preparing to take part in the 12th season of the Varsity Cup, kicking off against UCT’s Ikey Tigers on 4 February 2019. It’s bound to be a game to remember!