Contact Us
< Back
UWC's rugby team started the 2022 FNB Varsity Cup season with a 16-56 home loss against FNB UFS Shimlas on Valentine's Day.

FNB UFS Shimlas showed their attacking teeth when they ran in eight tries against FNB UWC in Bellville.

Before this year’s tournament, UWC coach Paul Treu highlighted the threat of the Shimlas management team. Andre Tredoux, Swys de Bruin and other big names such as Hendro Scholtz and Tiaan Liebenberg were all expected to revive the Bloemfontein-based team's attack. 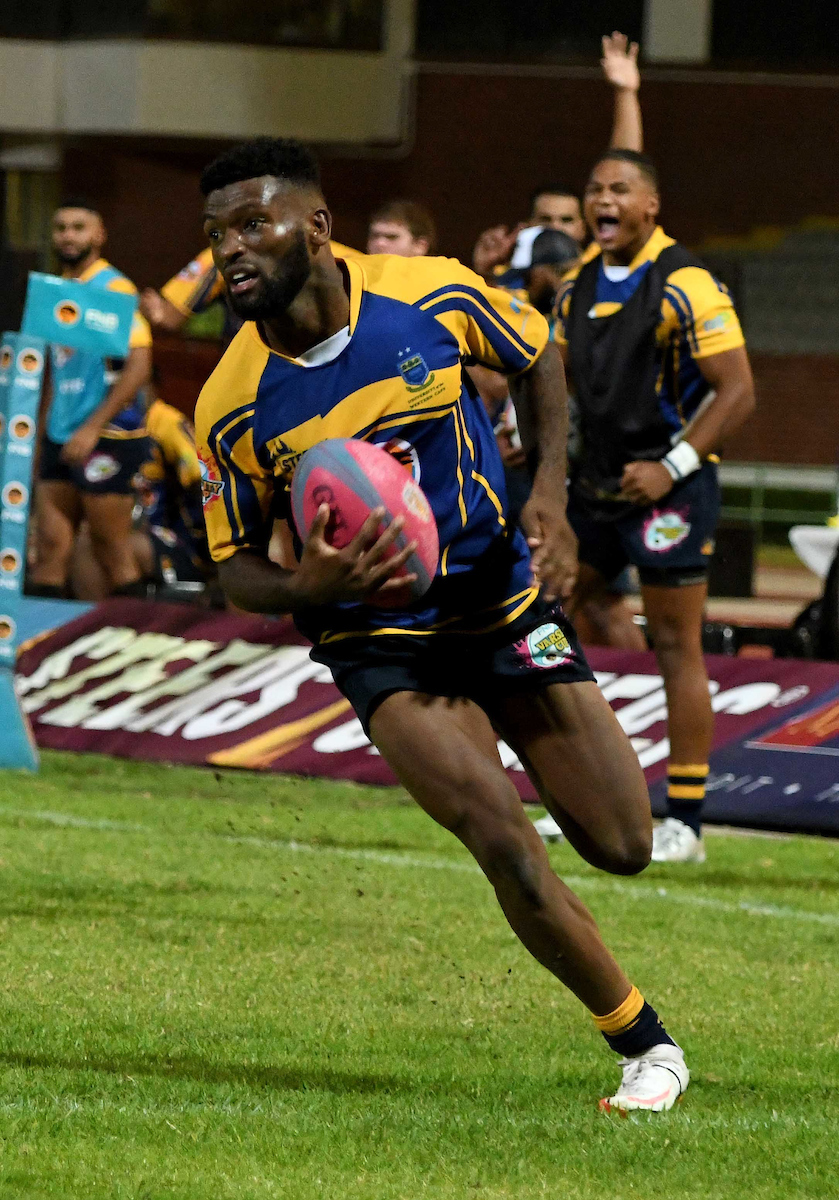 Treu’s worst fears were realised when a new-look Shimlas side ripped his UWC charges to shreds in the first match of the season. The visitors were utterly relentless, scoring five unanswered tries in the first half.

Discipline was a problem for the hosts. UWC conceded a number of penalties, two yellow cards, as well as a penalty try.

Shimlas stretched their lead to 42 points before UWC finally troubled the scorers thanks to tries from Gilroy-Lee Philander and Peter Williams (pictured), both converted by captain Lyle Hendricks. Despite a late fightback by the hosts, the visitors still managed to rack up a half-century of points.

After the first round, Shimlas sit at the top of the FNB Varsity Cup log by virtue of their outstanding points-differential (40).

Meanwhile, next Monday coach Treu's men make the trip up to Potchefstroom to face FNB NWU Eagles who also suffered a loss on Valentine's Day.