UWC will host a homecoming ceremony this week for alumna and African Woman Footballer of the Year, Thembi Kgatlana, to celebrate her astonishing achievements in the past year.

The event will take place on campus on Thursday, 24 January 2019, when the Banyana Banyana star is set to host a short coaching clinic for school children and address the University community about her successes. 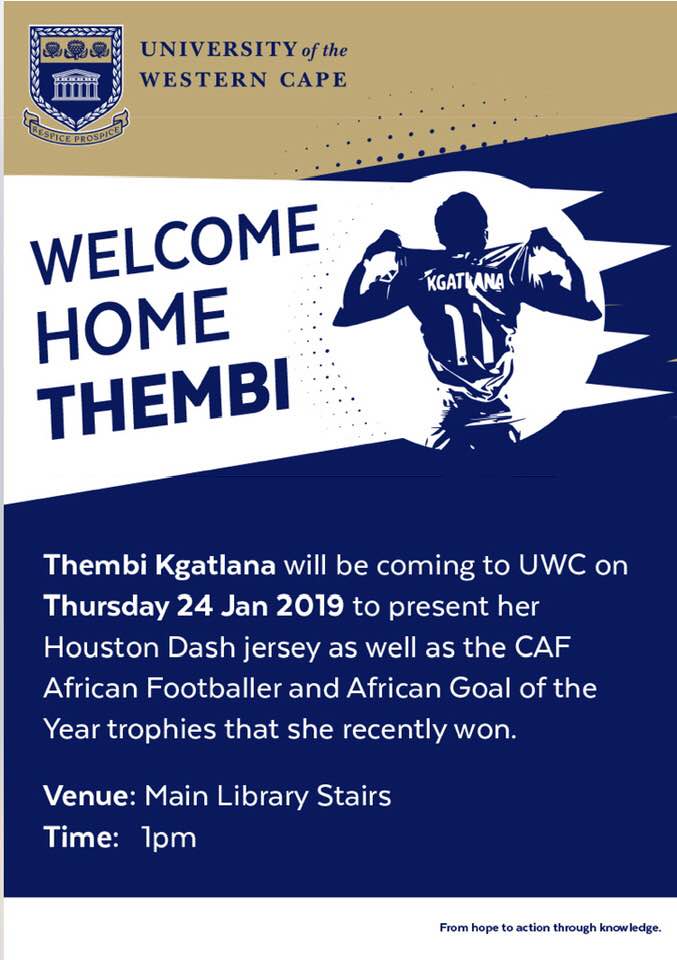 The 22-year-old former UWC Ladies FC striker, who signed with Houston Dash in the United States last year, has had a stellar season in the past 12 months. She was recently named as the African Women’s Player of the Year and received the 2018 Goal of the Year award from the Confederation of African Football. The recognitions came shortly after the Johannesburg-born Kgatlana was chosen as Player of the Tournament and finished as the Top Goal Scorer at the African Women Cup of Nations in Ghana late last year.

Having started a tournament to plough back into her community in Johannesburg, and viewed as a motivational figure for many women footballers in the developing world, this promises to be an occasion not to be missed.

The media is invited to join this historic event. Please find the full programme attached.

For more information or for interviews contact UWC spokesperson Gasant Abarder on 0832946097 or via email gabarder@uwc.ac.za.