“In the year 2021, we have citizens who still don’t have houses, who have to endure the indignity of the bucket system and whose children are as oppressed as they were. It is very clear that our long road to freedom is far from over - and it is a journey in which we should all be active participants.”

With these words, UWC’s Rector and Vice-Chancellor, Professor Tyrone Pretorius, has opened the University’s Autumn 2021 Graduation, a virtual celebration of student success running from 3 to 6 May 2021 - during which the University will confer 59 Doctoral degrees, 188 Master’s degrees, 814 Honours degrees and postgraduate certificates, 2805 Bachelor’s degrees and 271 diplomas and certificates. These achievements come in a time of unprecedented change, when higher education - and our world, and our lives - have been disrupted by changing technology, climate change and a global pandemic.

(Watch the University of the Western Cape’s first virtual graduation ceremony for 2021 below.)

“I know it hasn’t been easy,” Prof Pretorius noted. “We would all prefer to have been back on campus, sitting in lecture rooms, visiting the library or meeting face-to-face with supervisors. But you have persevered through extraordinary times, managed to keep your eye on your prize, and you are now reaping the rewards of maintaining your focus during the COVID-19 pandemic. You have taken up a weighty challenge and succeeded - and for that, you are my heroes.” 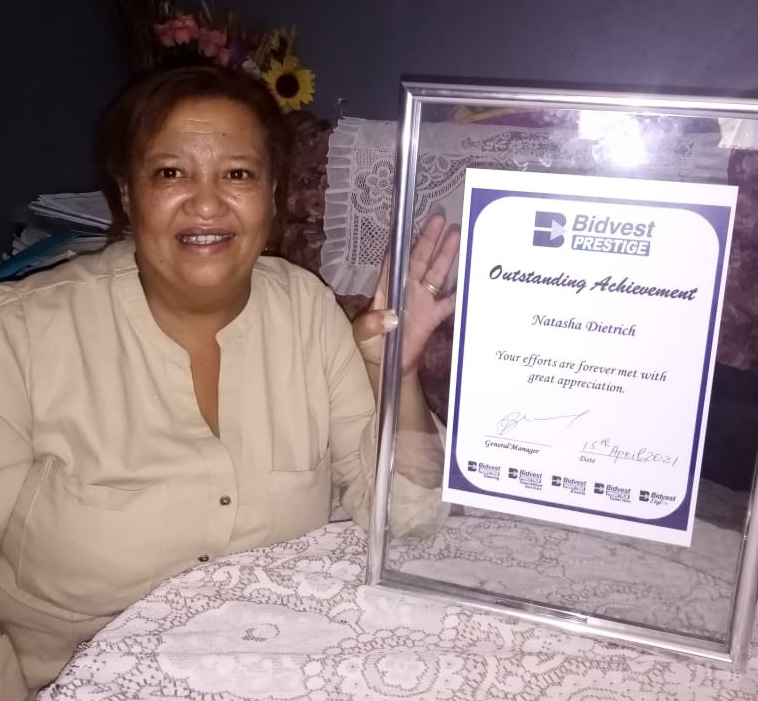 Heroes like Belhar cleaner-turned-teacher Natasha Dietrich, 47-year-old mother of two who will receive her Bachelor of Education from the University of the Western Cape on 5 May. Dietrich started at UWC as a casual worker with Bidvest Prestige in 2011, and was employed permanently in 2014. She attended classes at UWC during the day, before starting her eight-hour cleaning shift at 3pm. “As I worked in ResLife, where the students spent time studying, I found myself surrounded by an environment of learning. I also witnessed the students’ commitment and their struggles. I thought to myself, ‘If they can do it, so can I.’” She was right, and her story is proof that learning is a lifelong journey - and that it’s never too late to start. After years of working as a cleaner, with only a matric qualification, Dietrich has packed away her overalls and has been teaching Grade 5 and 6 mathematics and social science at the Dr Van der Ross Primary School since January this year. 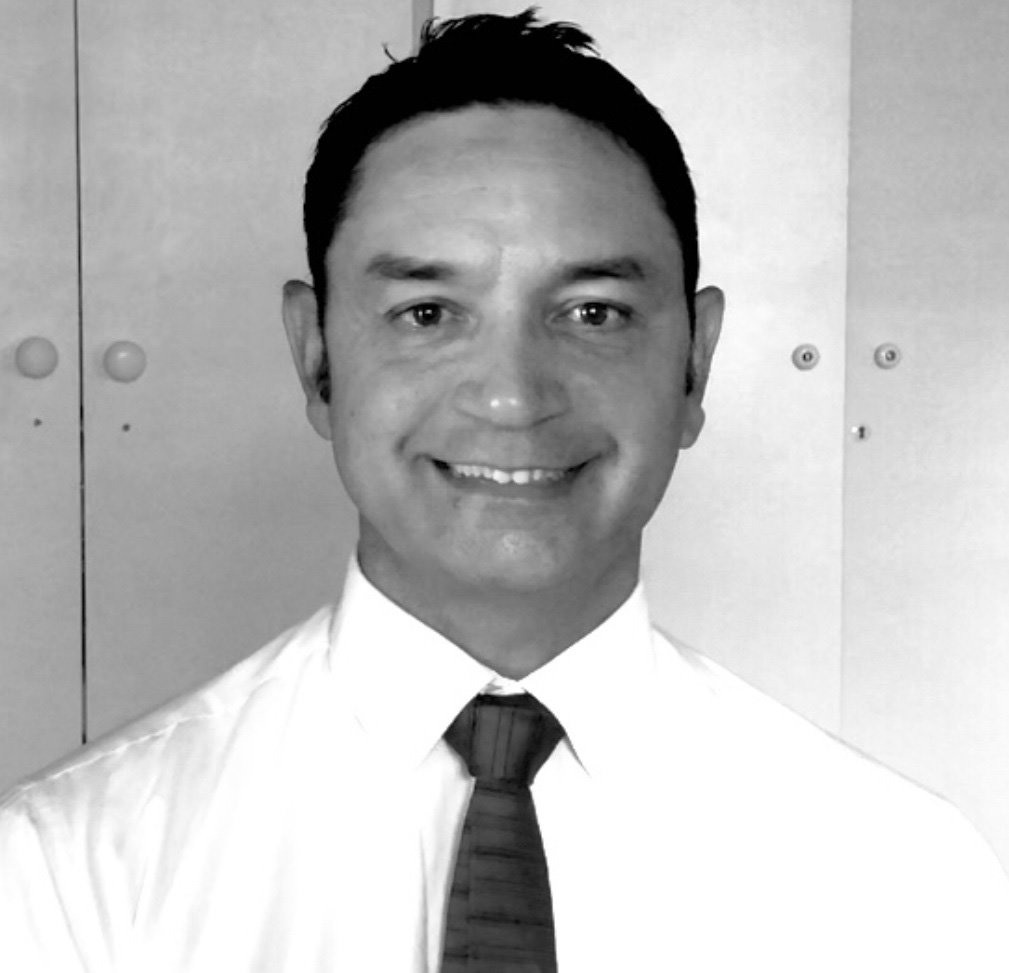 Or Mervyn Coetzee, who graduates on 5 May with a PhD in Education: Language and Literacy. For Coetzee, graduation is an opportunity to thank his family and friends for the support that enabled him to progress from being a pool cleaner to obtaining a doctorate. It’s the culmination of a long journey from Bonteheuwel, where the family lived in poverty when gang violence and anti-apartheid protests were frequent. Coetzee recalls how the family would run a cold bath when they heard the police coming, in anticipation of the tear gas. Friends with activists such as the late Ashley Kriel, Anwar Dramat, former Hawks director and others at Bonteheuwel High, Coetzee was involved in the student protests of that time. Born with two thumbs on each hand, Coetzee had to endure frequent teasing from his peers - and he says it was the humiliation he felt that helped him understand the insecurities and fears of his students, and that would later form the premise of his ground-breaking thesis on Trauma, Injustice and Identity: Investigating an Egalitarian and Autoethnographic Approach to Analysing Students’ Personal Language Narratives. 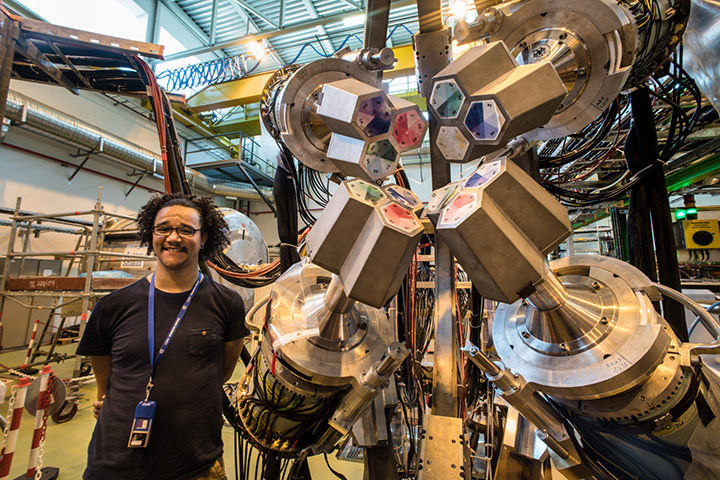 And when it comes to groundbreaking work, it’s hard to think of anyone who fits the bill better than Kenzo Abrahams, whose work took him from Kuilsriver to Geneva, and who has just received his letter of confirmation as UWC’s first PhD sponsored by CERN, the world’s largest particle physics laboratory. Nine well-trained SA students went to Switzerland in 2017 to run one of the first African-led experiments at CERN - the Ubuntu experiment, where an exotic nucleus of Germanium, 66Ge, was accelerated for the first time at low energies. The enormous task of sorting, analysing and extracting the relevant Physics was undertaken by Kenzo Abrahams. He took his place at the world-famous institution, and uncovered how protons and neutrons act more collectively than expected for the atomic nucleus to attain an oblate (or lentil) shape. “Kenzo has closed the loop,” notes UWC nuclear physicist Prof Nico Orce. “He has proved to the world that UWC's students can run, lead, and finish the highest demanding scientific job at the greatest physics laboratory ever made by humankind - and change our understanding of the universe.”

But every graduate, at every level, no matter their background or their achievements, will have a role to play in creating a free and fair society - a mission the importance of which was brought home just a few days ago, when SA celebrated our freedom from apartheid with Freedom Day.

“We know now, 27 years after Madiba became president, that the real apartheid has not been vanquished and that equality has been restricted to the powerful as opposed to being extended to all people. You, our very latest class of UWC graduates, have a vital role to play – as members of civil society and as individuals with the agency to inspire change,” Prof Pretoris said. “As you leave this virtual graduation and rightfully take pride in your accomplishments, remember that you too can make a fundamental difference because our country is still filled with potential - and we must work together to fulfil it.”

Thankfully, that is something UWC has always taken seriously.

“South Africa has a long way ahead to being truly free, but I believe that if we all play our part as good citizens of this great nation, we will move closer to attaining real freedom,” said UWC’s Chancellor, Archbishop Thabo Makgoba. “As graduates of UWC, you have a definite role to play. This university has a history steeped in a belief in social justice, equality and freedom. That is its DNA and I hope that as you leave UWC, you will take a piece of that DNA with you.”

The University of the Western Cape is celebrating the achievements of thousands of its students at its May Graduation 2021. If you have a UWC success story about UWC graduates who are making a difference in the world, share it at ia@uwc.ac.za - and help highlight UWC Excellence.