The English Academy of Southern Africa has presented University of the Western Cape lecturer - and Madibaland World Literary Festival mastermind - Darryl David, with a Gold Medal Award - the first time the Academy's highest honour has gone to an Afrikaans lecturer.

“My heartfelt thanks to the English Academy for recognising my work,” David says. “It is indeed an honour - and my greatest honour - to be able to be counted among literary legends like Guy Butler, Lewis Nkosi, Njabulo Ndebele, Athol Fugard, Pieter-Dirk Uys, and so many others. As a young boy at school and a grown man at a university, these writers have been my heroes - so to be in such illustrious company is indeed an honour.”

“I always quote, AS Byatt, who said, 'I have always wanted to commit a madness like Michelangelo,’” he says. “When I created South Africa - and Africa’s - first UNESCO City of Literature in Durban, I said that was another madness - and surely that’s enough.”

But that was just the start.

“Many of us are so used to Nelson Mandela as a political figure that we forget that he is also probably one of the great writers of the world. He unified a nation not only through his actions, but also through his writings - and that’s what the Madibaland World Literary Festival is all about. So when we launched that last year, I knew in my heart that was my third madness. And who could ask for more?”

“But this award is also a beautiful madness in my life - and one that could not have happened without the kindness and support of people like Rajendra Chetty, Peter Cornell Baker, Sandra Antrobus, Umesh Bawa, Etienne van Heerden, and so many others, who helped me turn vision into reality.

And my parents, for their sacrifices in supporting me, and the example they set. And of course, my beautiful - and long-suffering wife, Sheritha and daughter, Kiara. They’ve had to put up with books strewn throughout the house all our lives, and holidays in the Karoo instead of the Cape. Ours has been a strange one - but we took the road less travelled, and that has made all the difference.” 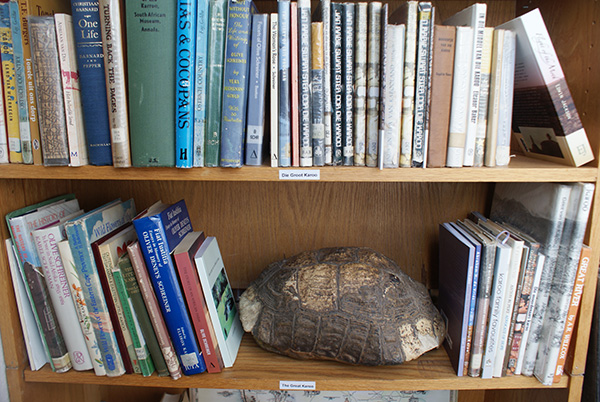 One More Madness: A Literary Life

As a child growing up in Pietermaritzburg (he’s now based in Simon's Town), Darryl wasn’t much for English class.

“School English and Afrikaans was not really my cup of tea,” he says. “You know, it was too technical, too linguistics-based; too many petty questions about tense, concord, and so on. Your true student who excels in literature, who loves literature deep in their bones, doesn’t necessarily excel at school. And that’s the kind of student I was. But at university... The literature I was exposed to from year one simply blew my mind - and that is when I knew: this is what I want to do for the rest of my life.”

“Well, by now I sometimes feel I’ve read it all. I know that there are truly wonderful novels, poems, essays, and so on - many of which you’ll find at our festivals. But I’m also a great lover of coffee table books - the kind of books where people spend their lives travelling the coasts of South Africa, or tracing the history of rock and other genres, or intricately detailing the beauty of limestone cliffs. These are books that will never be equaled, because they are a writer’s lifelong passion - their magnificent obsession.”

It’s the type of book he likes to write as well, naturally - a labour of love (or perhaps a monument to madness).

“I’m working on a book right now which might be considered frivolous to some - but it’s all about my travels around South Africa over twenty years, with five dogs. Yes, there have been travel books about South Africa before - many wonderful ones - but this one will take people into a part of SA that they don’t really know: the Platteland. And it’s full of funny anecdotes - about the kinds of things that happen when you visit small towns in the middle of nowhere with a handful of canine companions - two of them Saint Bernards.”

And one final moment of madness - a third book, perhaps? Or another festival?

“I have one more trick up my sleeve,” he says. “But I can’t give it away just yet. I think it’s safe to say it’ll take South Africa by storm though... so consider yourself warned.”