Kurt-Lee Arendse, the University of the Western Cape’s new Blitzbok, is back in South Africa, and headed straight back to campus.

The 22-year-old star and BA student landed in Cape Town on Wednesday morning after experiencing a frenetic couple of days in which he was called up to make his debut with the Blitzboks in Canada for the Vancouver leg of the HSBC 7s series - and came back with the gold medal!

Arendse spoke to members of the media at Cape Town International, and was surprised by the number of reporters wanting to speak to him. 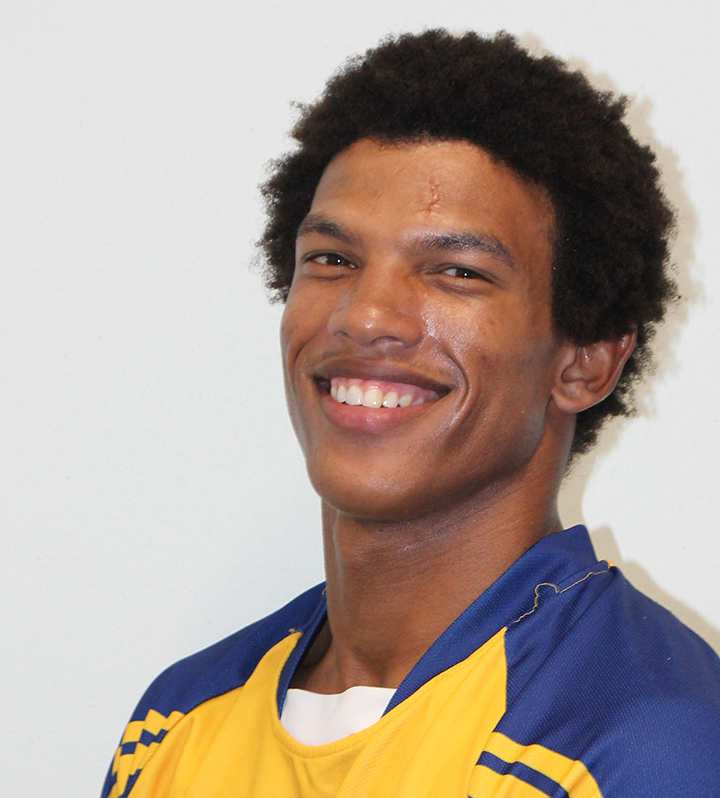 “My inclusion didn’t really come as a surprise, to be honest. It was just a matter of if rather than when I would get my opportunity. I have been playing and learning a lot with the SA 7s Academy and was ready when I got the call,” a confident Arendse said. “But to be honest I didn’t think the opportunity (to play for the Blitzboks) would present itself so quickly.”

The Blitzboks recently had to say goodbye to the likes of Rosko Specman, Dylan Sage, Seabelo Senatla, Kwagga Smith and Ruhan Nel, who have all decided to focus their attention on the 15-man code.

Losing that kind of quality would set any squad back, and the Blitzboks haven’t quite been able to reach the heights they did last season. But with the likes of Arendse now coming through the system, South Africa’s Sevens future suddenly doesn’t look that gloomy anymore.

“I didn’t get much game-time this weekend, but it was great to be part of a winning team and to learn from everyone involved,” Arendse noted. “It was also important for me to stay positive and lift the guys, as a negative attitude will never be good for team morale. We have a special group of players, and despite losing quite a few big names to Super Rugby over the last while, there are still enough quality players within the system - and we proved that by taking gold in Vancouver.”

Neil Powell said that Arendse will get a proper opportunity soon.

“He spent most of the weekend on the bench but he shouldn’t feel disheartened,” the former Blitzbok said. “He did very well off the field and fitted in well with the team culture and he is someone who has a bright future. I think Sevens is his game and I look forward to giving him a good run sooner rather than later.”

Arendse played played for Udubs in their first FNB Varsity Cup game of 2019 (and ever) just few weeks ago, scoring a try away against UCT, before he received his call-up to the Blitzboks and was withdrawn from the FNB UWC team as per SA Rugby orders.

“I have been playing Varsity Shield for UWC since 2017, and I am very grateful for the opportunities given to me,” Arendse said. “They are a great bunch of guys and I know things will get better for us.”