My mother frequently tells me that people come and go in life. Some are permanent while others are there momentarily, but you learn something from everyone.

I started university back in 2018 and I was overly excited for the new chapter in my life. New people and more knowledge. I got to know some amazing people and even met a few who were only there because they were forced to study.

The lecturers, however, differ from the students. They were so enthusiastic about teaching. As for the students, the front seats of the lecture hall were always empty because everyone was sitting at the back. 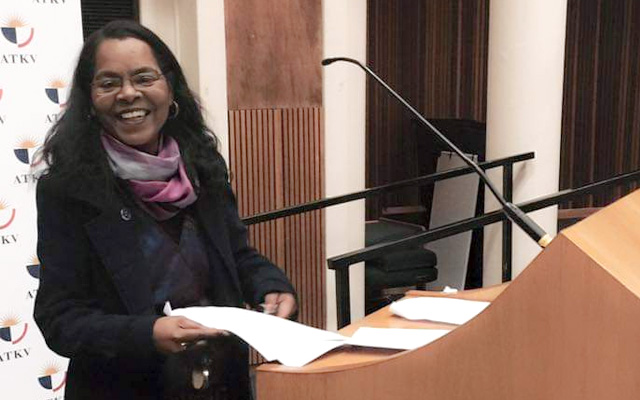 On my way to class that morning I was one of the unlucky ones who had to sit in the front row since the back was already packed. I took the safe bet and sat in the middle, but it turned out that the middle was not as safe as I had thought.

The lecturer came into the room and she immediately noticed me. It was Anastasia de Vries. She asked me a question and knowing who she was, it made me nervous to answer. However, it was a simple question: “What is your name and where are you from?” I found it a bit strange because, “What did my personal life have to do with the class?”

As the semester continued, it became a regular thing in class to introduce oneself before answering a question. Soon enough the lectures from De Vries became the highlight of my week.

During my second year, we were only a class of 30 students and we got detailed stories from the famous doctor De Vries. At the end of each class, I felt wiser and more inspired to pursue my future goals. And when it was time to end the lesson, we all followed De Vries back to her office to hear some more stories, only to find more students already waiting for her. It is safe to say that the pedestrian traffic in the Afrikaans Nederlands (Dutch) Department was due to her office.

During online studies, De Vries kept everything the same apart from the new lecture hall, which was WhatsApp. Nevertheless, she had a way of making that interesting as well. Even if we received more than five voice notes from her at the same moment everyone in the group can agree that she did more than her best to assist us throughout the uncertain time. We had some fun during the period as well, especially when De Vries learned how to use emojis!

Anastasia always taught us that knowledge does not mean anything if you do not know how to interpret it. I can write books on all the things that I have learned from her during my undergraduate years, but she is the kind of person who does something not to gain fame or fortune but out of love for her students. It is lecturers like De Vries who walk the extra mile getting to know her students and helping them help themselves.

The original link to the opinion piece can be found here.

Chànde van der Westhuizen is a 4th year student at the Department of Afrikaans-Nederlands at the University of the Western Cape (UWC).