This article is a foundation essay. These are longer than usual and take a wider look at a key issue affecting society.

The global health threats posed by recent viral epidemics, such as avian flu, H1N1, Ebola and Zika, have been happening too frequently to be dismissed as coincidental.

Unless the global public health community invests in and develops better health systems that provide for the poor, such viruses will continue to spread and have severe effects.

The mosquito-borne Zika virus was declared a global public health emergency by the World Health Organisation in February 2016 due to an increase in the number of microcephaly cases in areas where the virus was found. Microcephaly is a birth defect where babies are born with abnormally small heads. A causal link between in-utero exposure to the Zika virus and microcephaly has not yet been proven.

This is the first time since the Ebola epidemic hit Africa in 2014 that the World Health Organisation has declared a global health emergency. Although the speed with which the organisation reacted has been welcomed, mounting an emergency response is not sufficient to manage the spread of viral epidemics like that of Zika.

In the case of the Ebola outbreak, after a long delay, the World Health Organisation called for an urgent change in three main areas. These included:

But the response has not been far-reaching enough to prevent similar viral outbreaks. The Zika virus is proof of this. Environmental, social and economic factors cause populations not previously affected by a particular disease to be exposed to its virus. To tackle such outbreaks in future, these factors must be addressed.

Containing the spread of a virus

Outbreaks happen for two reasons: the daily conditions that negatively affect the health of a country’s inhabitants have not been addressed; and there are weak national health systems in place. There are several structural drivers that influence these, resulting in outbreaks and determining their severity. These include: 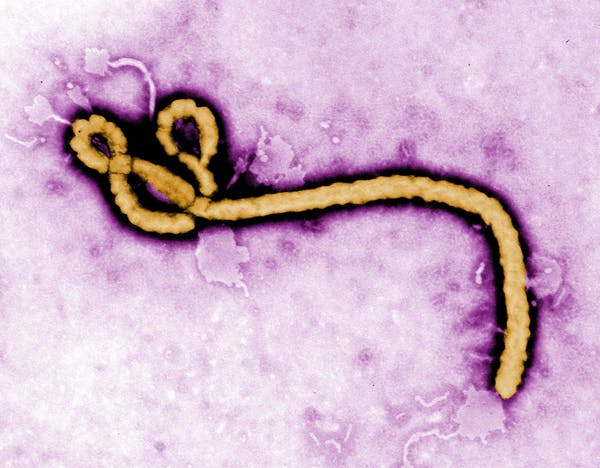 This increased interaction is thought to be behind the spread of Ebola. Human beings were never the primary target of the virus. It is believed the virus was primarily found in a few species of fruit bats, which live in the tropical rainforests of central Africa.

Although central Africa has been the site of all earlier major Ebola outbreaks, it is hundreds of kilometres from the epicentre of the latest epidemic, which took place in West Africa. The geographic spread may be explained by poverty forcing people deeper into the forests in search of food, where they came into contact with the fruit bats or other animals infected by the bats.

Economic exploitation is partly to blame

The spread of the Ebola epidemic was the result of poverty and the ruthless exploitation of the region’s natural resources. Those afflicted, at least initially, were typically the poorest – those forced, by scarcity, to look for food in the forests, where they came into contact with animals harbouring the virus.

Economic exploitation also resulted in under-resourced and weak health systems that could not contain the spread of the virus.

Take Sierra Leone, for instance. Its iron ore mining industry has rapidly expanded, fuelling economic growth in the country of 20% in 2013, according to the International Monetary Fund. Interest in its largely untapped mineral resources sparked a flood of investment a decade after the end of the devastating 1991 to 2002 civil war. The country’s economic growth rate is ranked among the highest in the world.

Yet in 2010 the country’s mining industry contributed almost 60% of exports but only 8% of government revenue. In 2011, only one of the major mining firms in the country was paying corporate income tax, while none of the top five was reporting profits despite a boom in mineral exports.

Similarly, both Liberia and Guinea have been heavily targeted by foreign companies. Liberia currently has the highest ratio of foreign direct investment to gross domestic product in the world. This largely is the result of foreign ownership of rubber production companies.

In Guinea, the area affected by Ebola attracted agribusiness shortly before the outbreak. In 2010, the British-backed Farm Land of Guinea Limited bought huge tracts of land for maize and soybean cultivation. And an Italian energy company has bought more than 700,000 hectares for biofuel crops.

These countries’ dependence on extractive industries such as mining and logging, and financial losses due to tax evasion have left them impoverished and contributed to under-investment in – and the severe weakness of – their health systems. 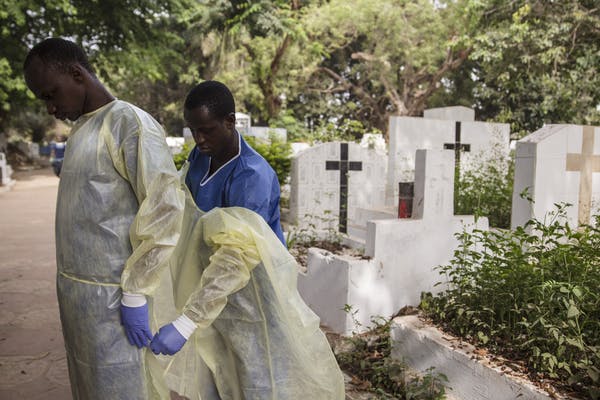 Volunteer burial teams in Guinea disinfect themselves after carrying the body of an Ebola victim. UN Photo/Martine Perret

It is no accident that the Ebola epidemic affected three of the poorest countries in the world.

Liberia, Guinea and Sierra Leone number 175, 179 and 183, respectively, out of 187 countries on the United Nations’ Human Development Index. Their health systems are ineffective and almost nonexistent in many regions, affecting management of diseases.

In Sierra Leone, for example, in the four months following the outbreak of Ebola, 848 people were infected by the virus and 365 died. And in an average four months, the country sees about 650 deaths from meningitis, 670 from tuberculosis, 790 from HIV/AIDS, 845 from diarrhoea and more than 3,000 from malaria.

Such deaths have been occurring for decades, but with no previous focus on these countries.

Furthermore, in these three countries there is a persistent crisis of human resources, with a serious deficit of health workers, especially in rural areas. This is a result of long-term underproduction and continuing migration. More Liberian and Sierra Leonean medical doctors work in the US and UK than in their home countries.

How to solve the problem

As a start, it is important to focus on crisis response. The World Health Organisation had a feeble initial response to Ebola, in part, because of cuts of more than 50% in its outbreak and response budget – the very budget line needed to respond to Ebola. This dropped from US$469 million in 2012/2013 to US$228 million in 2014/2015, mainly because member states, particularly rich ones, failed to pay their financial contributions.

But managing viral epidemics requires that authorities look beyond the immediate crisis response. A major and sustained investment in human resources is required. Initially, this will require greatly increased donor assistance.

In the medium term, there is an urgent need to strengthen health systems in the region. Although talk of “health systems strengthening” has become commonplace there is little evidence of this in several African countries.

But the most sustainable solution requires fundamental changes to economic and power relations between these countries and the capitalist economies and enterprises that continue to bleed them dry, often with the collusion of local officials and elites.

Amit Sengupta, associate co-ordinator of the People’s Health Movement, was involved in the formulation of this article.