Universities are about more than research and education - they’re also about making a positive impact, and working towards a better world for all. That’s why the University of the Western Cape (UWC) is proud to have been ranked among the world’s top 200 higher education institutions in the very first Times Higher Education University Impact Rankings 2019.

“At the University of the Western Cape, we believe in making a difference,” says UWC’s Rector and Vice-Chancellor, Professor Tyrone Pretorius. “We grapple with the complex issues facing the world in the twenty-first century - issues like global climate change, poverty, inequality and the clash of cultures.”

The THE University Impact Rankings represent a monumental step forward in the way university performance is gauged - a pioneering initiative to recognise universities across the world for their social and economic impact, based on the United Nations’ Sustainable Development Goals, which include academic freedom policies, efforts towards gender equality and taking action against climate change.

The results reveal a brand new line-up of institutions that are making a real impact on society outside their research and teaching, with a fascinating spread of nations represented on the table. Japan has earned the largest presence, followed by the US and Russia, while Canada, the Republic of Ireland and Australia achieve the top average overall scores.

UWC’s inclusion in these rankings is a great achievement, demonstrating the institution’s commitment to supporting the Sustainable Development Goals (SGD) through its teaching, research and knowledge transfer. In addition to its top 200 status, the University also excelled in several specific SDG areas, including:

UWC also made the top 100 for SDG 16 (Peace, Justice and Strong Institutions) and the top 200 for SDG 11 Sustainable Cities and Communities and SDG 13 Climate Action, among others.

As a historically disadvantaged institution, UWC has made significant strides in a very short period of time - and it’s not the first time the University has been recognised this way on the global stage. The THE research rankings have consistently ranked UWC as one of the top 800 universities in the world (and top 200 in emerging economies), a sentiment echoed by the 2018 URAP ratings that placed it in the top 1000 universities. And the list goes on.

“Throughout our six decades of existence, we have consistently punched way above our weight,” Prof Pretorius notes. “Today we have seven faculties, produce more than half of South Africa’s oral hygienists and dentists each year, have top researchers working on the largest and most powerful scientific instruments in the world, and engage with matters that matter to society.” 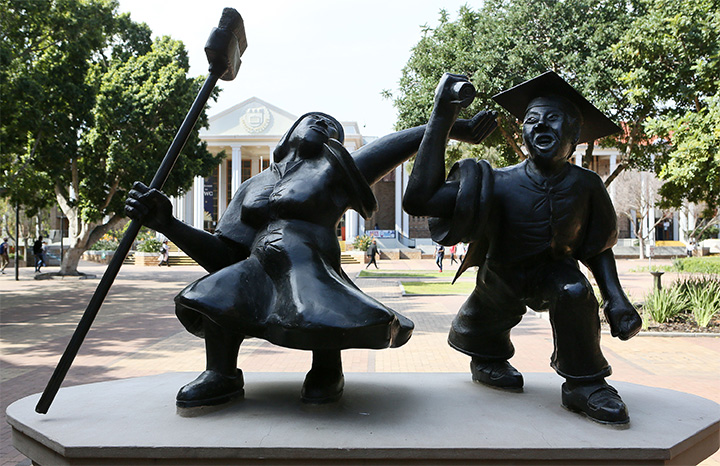 The University Impact Rankings announcement comes as UWC celebrates its April Graduation 2019, celebrating the accomplishments of thousands of future nuclear physicists, theologians and sports stars (and much, much more).

“With over 20 000 students in seven faculties, the University of the Western Cape takes pride in preparing people who can adapt to, engage with and think deeply about the opportunities and risks available in a rapidly-changing world,” says Prof Pretorius.

“We’re graduating citizens of the world.”

Want to know more about the Times Higher Education University Impact Rankings? Looking for more interesting UWC facts? Why not check these out here, by the numbers? And find out about five fascinating UWC firsts, while you’re at it.
Posted on
4 April 2019
Author
Nicklaus Kruger