Contact Us
< Back
Over 130,000 academics and 75,000 employers were surveyed. More than 100 million citations from over 10 million papers were analysed. And when it came time to compile a link of the leading research and teaching universities in the world, global higher education analysts Quacquarelli Symonds knew one name had to be on it again: the University of the Western Cape.

“Our placing in these rankings has not happened by chance – it is a testament to the significant strides we have made on the world stage,” said Professor Vivienne Lawack, UWC’s Acting Rector and Vice-Chancellor. “Among academics, we are known for our work in a variety of fields. And among external employers, we are well known for the quality of our graduate outcomes, and the way UWC alumni transform industries.” “The University of the Western Cape has a proud history - but UWC honours that history by looking to the future, and building a better tomorrow,” said Prof. Lawack. “From humble beginnings, UWC has grown to firmly establish itself as one of the top tier South African universities- an integral part of the new democratic South Africa, and a producer of world-class teaching and research.”

Here are three things that make UWC worth celebrating:

Leaders Of Tomorrow: UWC believes in the development of a new generation of leaders who can solve the many complex challenges of our global society - graduating citizens of the world. The university offers world-class education, and was well-prepared for the switch to e-learning in the midst of a pandemic - and has continued to innovate ever since. At the same time, UWC’s award-winning Careers Service prepares graduates for the world, and the Centre for Entrepreneurship and Innovation is helping to produce a generation of job makers. And with the Fourth Industrial Revolution under way, UWC is helping Revolutionaries find their way. In short, UWC provides a variety of opportunities for students to develop their skills and worldviews, from freshman year to (virtual) graduation - and beyond. 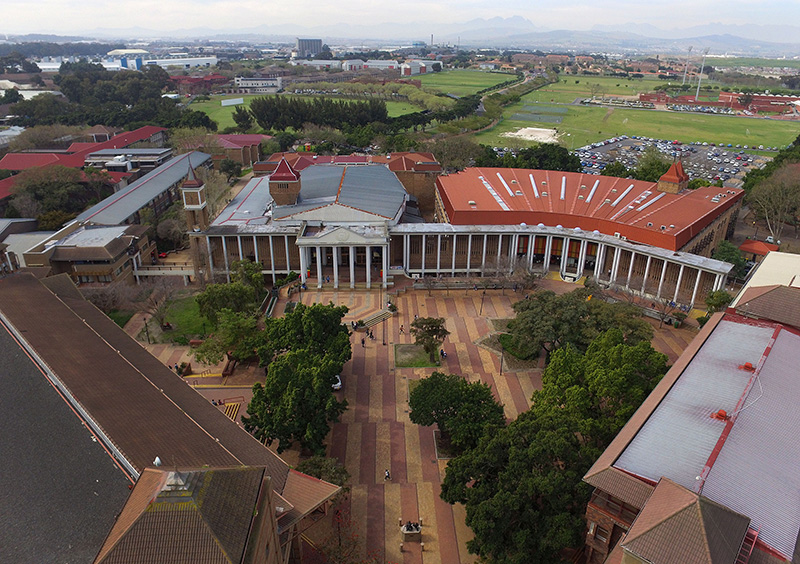 Research That Matters: UWC is committed to innovation with impact. The university held just one South African Research Chairs Initiative (SARChI) Chair in 2008 - and currently holds 19, providing leadership in research and capacity-building in areas from Astrophysics to Health Systems Governance to Visual History (and more). And UWC is committed to making all that knowledge available to all through open access: UWC’s Research Repository holds thousands of research papers, making knowledge accessible to anybody in the world, free of charge. And that’s why UWC is the only South African university to have been ranked among the world’s top higher education institutions for social and economic impact in the very first Times Higher Education University Impact Rankings - and in every THE Impact Ranking since.

A World-Class Reputation: UWC has grown into a truly international institution. It operates Africa’s largest distance public health education programme, and has a variety of international partnerships - and no fewer than three World Health Collaborating Centres. The university has been recognised time and again for its international excellence. UWC has been recognised as one of the world’s best universities in the QS World University Ranking and the various Times Higher Education rankings, but also in the Webometrics Ranking Web of Universities top 1000; in the Centre for World University Rankings top university lists; the URAP top 1000 universities rankings; and the US News & World Report 2020 Best Global Universities rankings (among others).

“The University of the Western Cape is, as our motto reminds us, a place to grow,” said Prof Lawack. “From hope to action, we have grown so much over the past six decades - from a ‘bush college’ intended to train administrators and clerks to a world-class university dedicated to making a difference. And the journey continues - we will continue to grow new generations of changemakers, and put our knowledge to the service of humanity.”

Want to know more about the QS World Rankings? Looking for more interesting facts about one of the world’s best universities? Why not check these out here, by the numbers? And why not find out about five fascinating UWC firsts, while you’re at it?