If you think the Comrades Marathon’s run is the most challenging athletics race in the land, spare a thought for participants in this year’s University of the Western Cape Fast ‘n Flat competition.

Although it is just 10km compared to the 89km Comrades, the Cape’s wet and icy conditions made the Fast ‘n Flat a grueling task, said contestants.

This year’s open men’s winner Lindikhaya Mthangayi, who crossed the finishing line after 30 minutes and 30 seconds, said the chilly and rainy weather tightened his muscles and made running difficult.

“But I was well-prepared for the race, having trained twice a day, and that helped me a lot,” commented the ecstatic Mthangayi from the Khayelitsha-based Itheko Athletics Club.

It was the second time that Mthangayi had won the race, having set the record for the fastest finish in 2009 (a record that is as yet unbroken). The Saturday win was his “greatest achievement”, though, especially considering that he had just recovered from a groin injury.

Bulelwa Simae of the Nedbank Club, who took home the women’s race, also felt the pinch of the wet weather, saying that the rain in particular caused her leg muscles to contract.

“But at least there was no wind, and, besides the rain and the cold, the race was very nice. I enjoyed it,” noted Simae, who took part in the race for the third time.

Fast ‘nFlat, which was dedicated to people living with HIV/AIDS, is one of the major events in the road running section in South Africa, attracting hundreds of athletes annually. The race caters for athletes from all ages and takes place a day before the Comrades Marathon – some athletes even use it to prepare for the Comrades.

Mthangayi said he believes events such as Fast ‘nFlat are play a big role in keeping the youth away from crime and drugs as they spend the first half of the year training hard to prepare for the race.

There were funny moments, too. Among them was the runner who ran the race wearing only a bikini   ­­?  to the delight of the crowd.

The event also had Fun Run and Fun Walk contests. 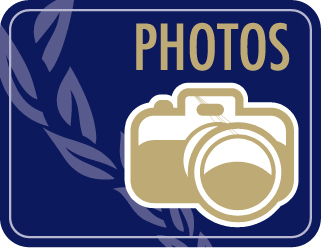