The COVID-19 pandemic has been a stark reminder that there are many complex problems facing our world, and we need to prepare for them as best we can – which is why the University of the Western Cape (UWC) is proud to be included in the 2022 Times Higher Education World University Rankings.

“In the midst of a global crisis, the University of the Western Cape has continued to focus on quality education, innovation and research that makes a difference,” said UWC’s Rector and Vice-Chancellor, Professor Tyrone Pretorius. “It’s times like these that test a university’s character - and I’m proud to say we’re rising to the occasion.”

The Times Higher Education World University Rankings are one of the most prestigious academic rankings available, and the only global performance tables that judge research-intensive universities across all their core missions: teaching, research, knowledge transfer and international outlook. UWC is ranked among the top 800 universities in the world, and in joint 7th place among the South African universities that made the ranking. This is the first year that research into COVID-19 has had an impact on the rankings data, reflecting the vital role of universities in understanding and managing the crisis.

“Universities are about more than research and education - they’re also about making a positive impact, and working towards a better world for all,” Prof Pretorius said. “We can’t combat COVID if we don’t understand it - and UWC has led the way in research into the pandemic’s origin, effects and impact on individuals and societies.”

And that’s just for starters. With guidance from one of the world’s foremost coronavirus experts, Dr Burtram Fielding, UWC researchers investigated how the virus affects individuals, worked on how the lockdown affected the economy, and studied the psychological effects of the crisis on children, among others.

The work, of course, is ongoing.

UWC: A Heritage Of Hope And Action

The recognition comes as South Africa celebrates National Heritage Month - a time of reflection for the country, and particularly for UWC. From humble beginnings, UWC has grown to firmly establish itself as one of the top tier South African universities, walking a long journey from a “bush college” set up to train administrators to an integral part of the new democratic South Africa, and a producer of world-class teaching and research.

That heritage has helped UWC find its way through one of the most challenging periods in its history.

“These are challenging times,” Prof Pretorius noted. “But we have faced challenging times before. In our six decades of existence, we have overcome the limitations placed upon us by the apartheid state, served as a home of the intellectual left during the turbulent eighties, helped a nation forge a constitution for a new democracy, and moved from a ‘bush college’ to one of the world’s most respected institutions. It’s a history of hope - and a legacy of knowledge and action that we strive to live up to.” 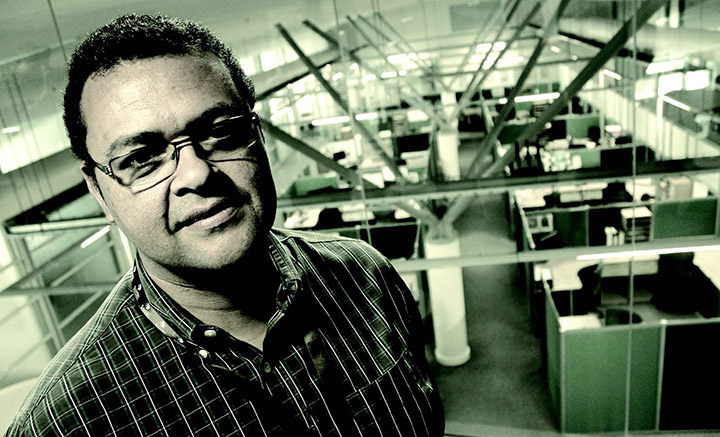 UWC has been consistently recognised by the Times Higher Education rankings for its international excellence - not just in the global Times Higher Education rankings, but also in the THE subject ranking lists and th THE Emerging Economies university rankings as well, and particularly in the THE University Impact Rankings recognising institutions for their commitment to the United Nations’ Sustainable Development Goals (as the only South African university to have made the rankings every year since their inception).

But it’s not just about the numbers.

“It can be too easy to celebrate rankings and forget what they mean,” Prof Pretorius said.

“Rankings aren’t some magic number that just pop up by accident. They represent the hard work of students who’ve worked hard under challenging circumstances; of lecturers and tutors who’ve gone above and beyond to support them; and of researchers who’ve spent long hours puzzling over the mysteries of the world, and how their work can make a difference. This is your achievement - and I’m proud to be able to share it with the world.”

Want to know more about the Times Higher Education University Impact Rankings? Looking for more interesting facts about one of the world’s best universities? Why not check these out here, by the numbers? And why not find out about the incredible history of UWC, while you’re at it?
Author
Nicklaus Kruger