Herschel Jantjies had the best two years of his life - a whirlwind that saw him starring in the FNB Varsity Shield final and helping the University of the Western Cape (UWC) win the tournament in 2017, to lifting the Webb Ellis Cup at the 2019 Rugby World Cup.

Just two months before he got the call up to represent the national team in the 2019 World Cup, Herschel made his Springbok debut against Australia with an outstanding performance, scoring twice to help the Boks to a 35-17 bonus point victory in July 2019. The mercurial, quick-thinking scrumhalf’s performance was described as one of the best in the position for a very long time.

Herschel was born in Kylemore, Stellenbosch, where he attended Paul Roos Gymnasium. He played for Western Province (WP) at Under-16 level in 2012 and featured in the Craven Week tournaments in 2013 and 2014. He went on to play for their Under-19 and under-21 WP sides, and made his full Province debut against the Leopards in a 2016 Currie Cup qualification series. In Kylemore, there is no prouder dad than Sammy Jantjies.

“The entire Kylemore community watched the 2019 Rugby World Cup final at the Kylemore Rugby Football Club (RFC) when the Boks faced England. Seeing my son lift the Webb Ellis Cup is something words cannot explain. My wife Adeline and I were immensely proud,” he said from the family’s Kylemore home.

“Herschel was always destined for greatness and once he was enrolled at Paul Roos Gymnasium we could see that he was on his way to the Springbok jersey,” he said.

Sammy Jantjies said while Herschel initially played in the fullback position for Paul Roos, he could already see his son’s vision and his pace in the game, especially around the kinds of lines he was running. 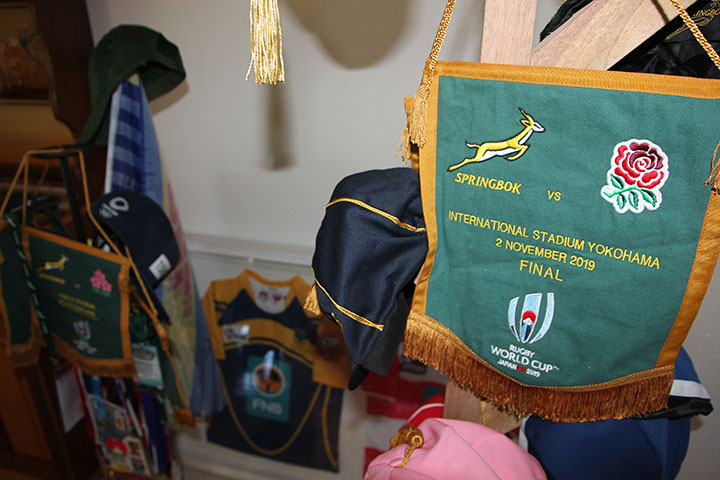 It wasn’t only Paul Roos Gymnasium and WP Rugby that played a role in Herschel’s success, but also his training and the level of competition at the UWC Rugby Club. While at UWC, he was enrolled for a Higher Certificate in Economic Development but didn’t manage to complete his studies due to his rugby commitments at WP at the time.

Herschel was recruited by the late UWC Head Rugby Coach Chester Williams and his assistant coaches. It was the 2017 Varsity Shield competition that was a breakthrough for Herschel. That campaign saw UWC being crowned the Varsity Shield champions for the very first time, in a final against the University of Fort Hare in April. UWC scored six tries to win with a 45-2 scoreline. Herschel was the head surgeon, scoring a brace of tries during the historic evening at the UWC Stadium, which the players and support staff affectionately call the ‘Operation Room’. He was named player of the tournament that year. 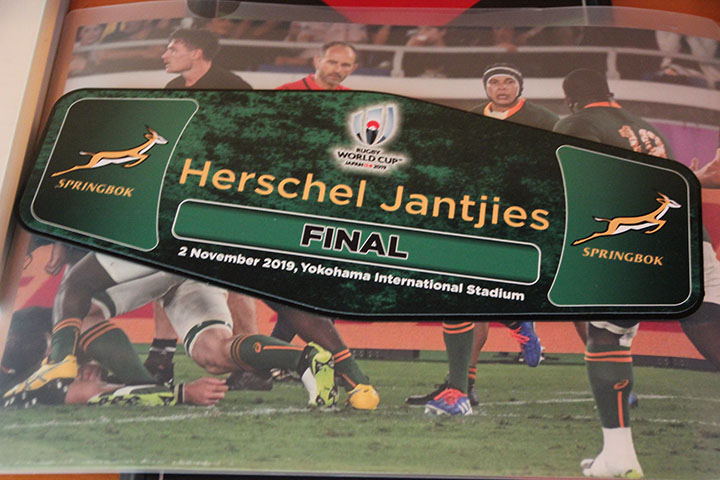 “UWC gave Herschel his time to shine and it was really a life changing opportunity for him. He was looking for sufficient game time to show what he has to offer and this is what UWC gave him,” said Sammy Jantjies.

“Even though Herschel was Springbok Coach Rassie Erasmus’s second choice scrum-half, his performance will definitely give him the chance to play more in the future,” said Langenhoven.

“When we recruited Herschel for UWC, the coaches could see he had what it takes to play on the big stage. What really stood out for me was Herschel’s personality and attitude. He is mature beyond his years and he truly has the potential to be one of the greats in the sport.” UWC’s Director of Sport, Mandla Gagayi, said it was clear from Herschel’s first match for UWC that he was destined for stardom.

“Having achieved a man of the match award for every match he played, I was not surprised by his quick rise through the ranks and ultimately achieving the big prize. At UWC Sport we are proud to have contributed to his growth and even prouder to have a World Cup winning alumnus in our books. I wish for him to stay humble and focus on building his and his family’s life,” said Gagayi. 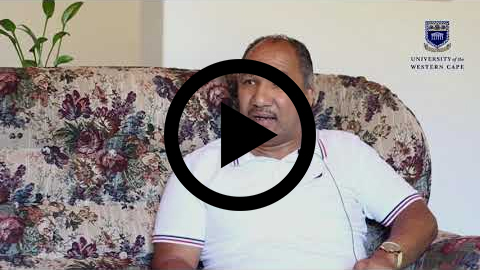