High-Performance Centres (HPC) have proven to have tremendous benefits for athletes who wish to take their game to the next level. And athletes at UWC with these dreams will soon have the chance to make them a reality.

When the University’s High-Performance Centre launches in June 2020, more athletes will have the opportunity to join the ranks of elite players who have graduated from UWC, including World-Cup-winning Springbok Herschel Jantjies, Blitzbok Kurt-Lee Arendse and the African Women’s Footballer of the Year, Thembi Kgatlana. The Centre will offer sport-specific training, conditioning, nutrition, sport psychology and a state-of- the-art gym, which has already been kitted with Keiser equipment – all in the pursuit of helping athletes reach their performance goals. And with more than 80 percent of top professional sporting teams in the world using Keiser machines, including every baseball team in the major league and many football teams, UWC’s athletes will be given every opportunity possible to hit the big leagues.

In addition to amazing equipment and programmes, the Centre will be staffed with some of the best in the business, all of them hailing from UWC. The staff complement includes Project Coordinator Dr Barry Andrews, Administrator Zoleka Bavuma, Biokineticists Angelo Nelson and Kirsten Huckle, Strength and Conditioning Specialist Keenan Watson, and Physio- therapist Brent Hess.

Along with strength and conditioning, physiotherapy, and biokinetic services, “psychology, dietetics and access to a medical doctor will be offered on an ad-hoc basis, although plans to make this a permanent arrangement are in the works,” says Dr Andrews. 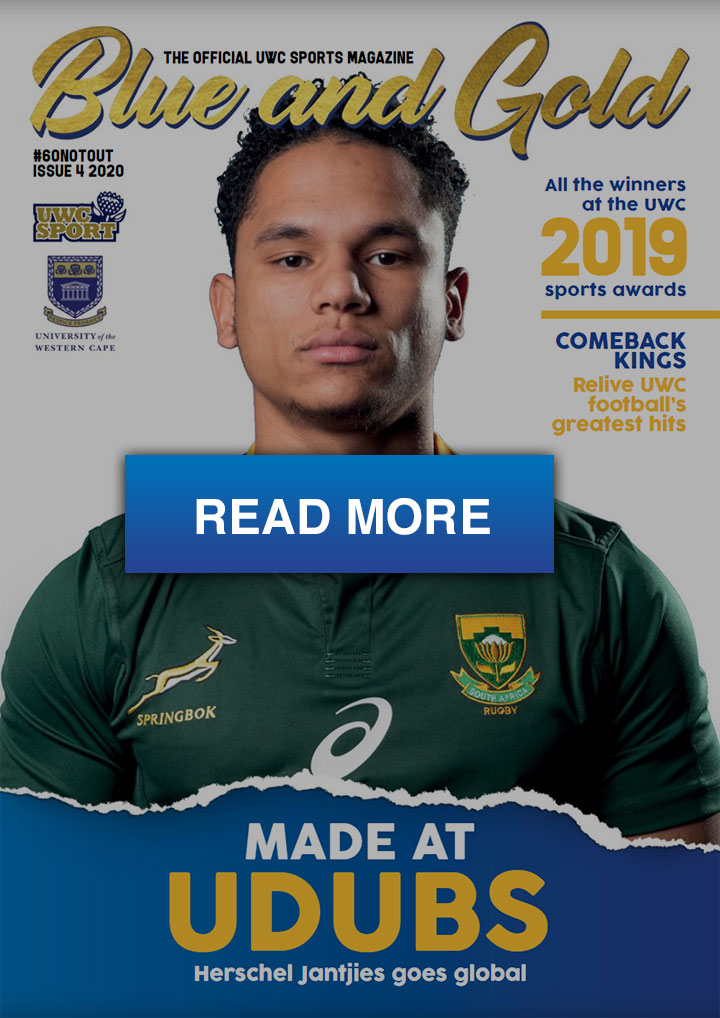 “Currently we are assisting the priority sports codes, however, we will help the smaller codes, too. It is our aim to help with the facilitation and maximisation of human performance. The addition of the Keiser machine systems are perfectly suited to help athletes reach the next level.”

Physiotherapist Brent Hess explains that the Keiser machines, specifically, will help player performance and injury prevention. “The pneumatic (operating with air or gas) machines are much more measurable when trying to improve and maintain player performance but it is also much more forgiving on the joints, making it safer for preventing injury,” he says.

The HPC will also assist with sports nutrition, which is often something players forget to focus on, adds Hess. “Athletes need to eat right if they want consistent performance but this is difficult when working on a budget. At UWC’s HPC, we will also help players make the right food choices.”