Samsung South Africa and the University of the Western Cape (UWC) are on a mission to empower youth to overcome the obstacles to fulfilling their dreams.

Sibusiso Labi is an example of how organisations can make a difference and help create an inspiring story: Instead of blowing out candles on his eighth birthday, Sibusiso fed his siblings, changed nappies and put them to bed. His mother died and he never knew his father. Labi, now 20-years-old, was among the thousands of child-headed households in South Africa, but the determined boy from the Cape Flats refused to be a statistic. At the age of 18, he found a job as a picker at a supermarket distribution centre. A year later he resigned to pursue his dream of becoming a web developer. 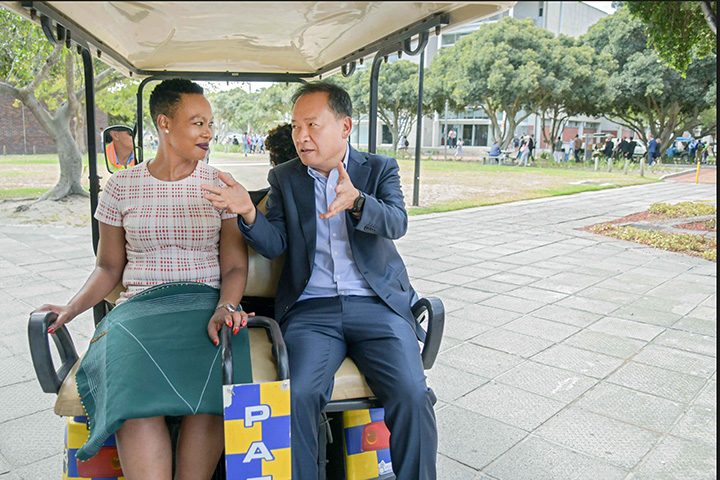 Today, thanks to an innovative collaboration between Samsung and UWC, the 20-year-old’s dream is materialising. He is one of 80 students receiving, among other things, web and mobile software development training at a new Future-Innovation Lab which focuses on building digital innovation skills for unemployed youth in South Africa.

In August 2019, Samsung South Africa unveiled its R280 million Equity Equivalent Investment Programme (EEIP). It then announced its Research and Development (R&D) Academy Project. This is aligned with Samsung’s global mission: ‘Enabling People’, which is aimed at aiding people discovering and developing their full potential. The EEIP initiative is projected to have a measurable impact on job creation and a contribution of nearly R 1-billion to the South African economy at large. Now the EEIP R&D Academy, in partnership with UWC and Microsoft, has showcased exactly what can be achieved. “We believe our EEIP strategy will help alleviate the many challenges the nation faces. This exciting stage of the rollout through the R&D Academy affirms our commitment to growing South Africa through education, and we have dedicated the necessary resources and time to create possibilities, which were once merely a dream,” said Hlubi Shivanda, Director: Business Innovation Group and Corporate Affairs at Samsung South Africa.

“We need to support and create the digital literates to build the economy we all seek. This is something that cannot be delivered by Government alone. We create policy to make it happen but it’s by working together with the private sector that we can effect meaningful change. We embrace companies such as Samsung and Microsoft who partner with us on our journey to empower our youth to be at the forefront of the Fourth Industrial Revolution, “said Minister of Communications and Digital Technologies, Ms Stella Ndabeni-Abrahams at the opening of the Future Innovation Lab. In addition to the six-month development experience, Samsung and UWC are partnering with the Microsoft AppFactory to deliver an advanced nine-month software development programme to address the gap of high-demand software skills. The target group for this programme is more experienced software developers who lack practical or work experience. The programme aims to facilitate hands-on, real-world experience through creativity and fun in a learning and working environment. 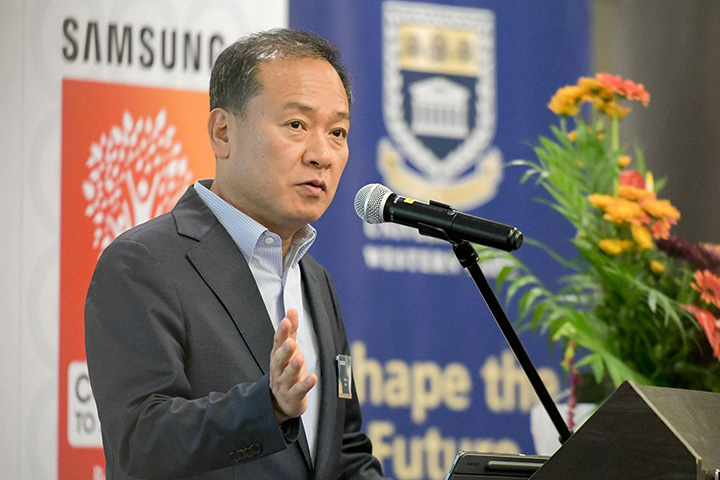 The R&D Academy will not only fund these students’ education, but Samsung is also committed to seeking out paths to employment for its graduates. Through EEIP and its projects such as the R&D Academy, Samsung will continue to pursue opportunities where people can become meaningfully engaged in the economy, and in doing so, have a positive impact on their families, communities, and ultimately, the entire nation.

Professor Josè Frantz - University of the Western Cape Deputy Vice-Chancellor: Research and Innovation - said: “The University of the Western Cape, as an engaged university, aims to make research count for the communities it serves. We value the importance of this initiative which will empower and prepare students for the Fourth Industrial Revolution”.

Labi, who like the other students in the programme receives a monthly stipend, hopes to use his newly acquired skills to empower himself.

“Being involved in this training programme means I can afford to buy my own clothing, I can travel to class and I can have the childhood I never had,” said Labi.

Listen to Professor Frantz speak about the programme: