“It’s important for scientists to be part of the public discourse, adding their knowledge to important national debates, whether it’s drought relief, genetically modified foods, nuclear energy or fracking, public health interventions, and many, many others. If our scientists are not weighing in with their specialist knowledge, we are ceding that space to lobbyists and politicians.”

Science is constantly uncovering something new, discovering that something we think we know just isn’t so, or changing the way we view the world - and postgrads are a big part of that.

So every year, Science Today gives 20 postgraduate science students from South African universities across a range of fields - from archaeology to nanotechnology to zoology - the chance to share their stories.

This year, two of UWC’s own postgrads were chosen to share the view from their lab: nuclear physicist Senamile Masango and medical bioscientist Tiza Ng’uni.

Smashing Particles: Inspecting the Heart of the Nucleus

In her essay Smashing Particles, Senamile explains how she was part of a group of UWC students (and their professor) who performed a major African-led experiment at the CERN laboratory in Switzerland this year - using some of the most powerful scientific equipment in existence to examine sub-atomic matter and reflect on what happens when stars explode.

The universe is full of mysteries: some in the farthest reaches of space, others in the hearts of black holes. But some are right in front of us. Even here on Earth, in the very fabric of matter that we can see and touch, there are hidden secrets. We do not, for example, understand the forces that hold the smallest particles in the universe together.

So how did she go about investigating that?

This is what happens: I shoot a Ne20 nucleus at the target nucleus. When they collide, the Ne20 nucleus shares energy with the stationary one. In physics, we say that the stationary nucleus becomes “excited”, meaning that it gets additional energy in the form of a light particle, or photon, and returns to its original energy state.

That’s not something that can be done just anywhere. CERN, the European Organisation for Nuclear Research, is the place where the world’s best physicists and engineers go to find out more about the basic constituents of matter - the fundamental particles that make up our universe.

And that’s just for starters.

To find out what is happening, I need to sift through the debris of the collision - or rather, all the data that the detectors picked up from the collision - and put the pieces back together much like a detective would at the scene of an accident.

Want to know more? Wondering just what forces are operating at the heart of the nucleus? Read Senamile’s essay right now and find out.

Bushman Medicine: Kraalbos Aids in the Fight Against Germs

For her part, Tiza’s (or Dr Ng’uni, thanks to her receiving her PhD at the recent UWC December 2017 Graduation ceremony) Science Today essay, Bushman medicine a possible treatment for antibiotic resistant infection, explores the toxicity profile of Galenia africana (kraalbos), a South African medicinal plant that has been shown to possess antifungal and antimycobacterial properties.

Her work tackled a growing problem, both in South Africa and worldwide - the rise of antibiotic-resistant diseases.

Bacterial infection is one of the leading causes of death in the elderly and immuno-compromised - something which is getting worse as many bacteria become resistant to antibiotics. This means that people often die from infections that could have been cured 10 years ago.

This is why researchers are turning to traditional medicinal plants. This biodiversity and indigenous knowledge is often underused, and South Africa’s department of science and technology has prioritised research in this area.

Tiza decided to look at kraalbos.

My PhD research at the University of the Western Cape focused on how MRSA reacted to kraalbos. We tested different concentrations of kraalbos on MRSA, the bacteria responsible for causing many illnesses in humans, from skin infections to pneumonia. We also pitted the methicillin-based antibiotic against this virulent pathogen.

Her study results revealed that G. africana can be employed in the treatment of bacterial and fungal infections, as well as cancer - though there’s a lot more testing to be done before it can be used in humans.

The study of medicinal plants creates a platform for assessing their potential as therapeutic agents. By undertaking this research within South African universities, we can safeguard this indigenous knowledge from exploitation.

But there’s still more to it - find out just how much by reading the essay - what are you waiting for?

Well, Science Today 2017 is all done and dusted. But it’s never too early to start getting ready for next year...so…

Are you a postgrad who’s passionate about your science? Are you conducting fascinating research that the rest of the world really should know about? Do you wish that you were able to explain to your mom what your work is about?

Then Science Today is for you - so start sciencing and writing right away. Or why not share your story with us right now at ia@uwc.ac.za? 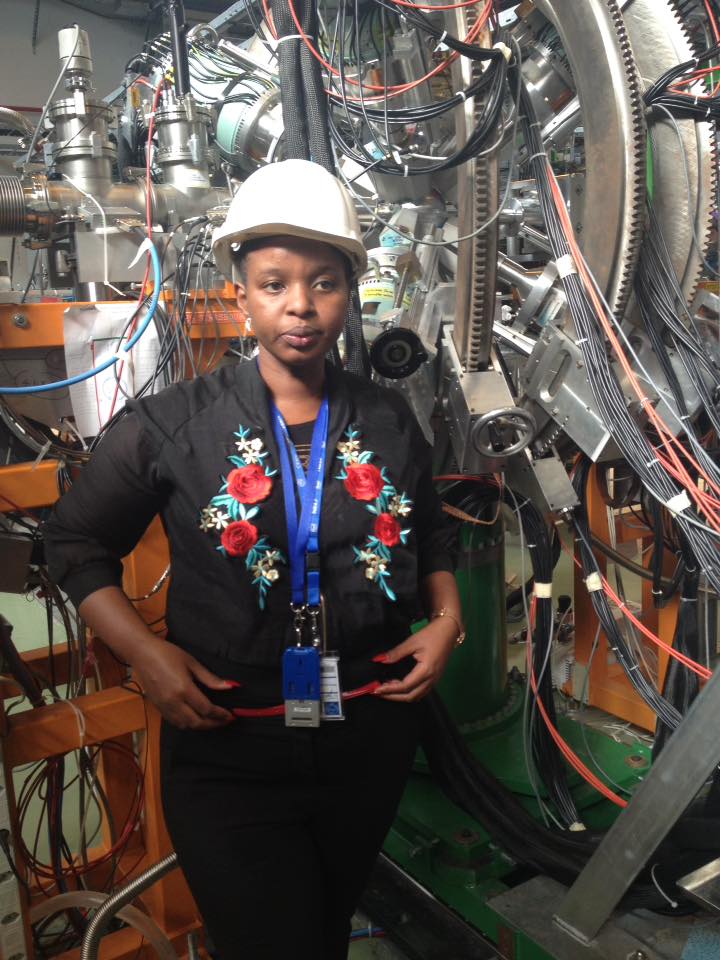 Senamile Masango: The only woman in a First African led experiment at CERN