“Did you know? If we could harness the sunlight beamed on the earth for just one hour, we could meet the world’s energy demands for an entire year - and not destroy our environment while we do it.”

“This is a wonderful opportunity to engage with people who might not otherwise encounter science,” Dr Ross enthuses. “I am thrilled and grateful to have been selected - and I’m excited to be able to share my research and my story to help educate, inspire and hopefully make a difference,” she says.

Cape Town will be hosting the first South African Soapbox Science event in September 2019 at the V&A Waterfront. No PowerPoint slides, no amphitheatre – just remarkable women in science meeting and amazing the public at large with their latest discoveries, and answering the science questions the curious have been burning to ask.

“I am excited to take science to the public who would not otherwise seek out, or have the inclination or opportunity to, meet a scientist and learn first-hand about their work,” Dr Ross comments. “I want to help the public become increasingly aware of the impact of ‘Sciencing the Future’ - how solar power can make a difference and how developing technologies that can efficiently use renewable energy sources is critical to our future.”

Dr Ross will be speaking about why she chose science as a career path, her scientific field, and how conducting research and creating new knowledge can improve quality of life.

Her research niche is photovoltaic solar cells and renewable energy storage. Photovoltaic cell technology, which transforms solar energy into electrical energy, is one that uses minimum resources for its effectiveness - and one that’s sorely needed not just to fight climate change, but to fight South Africa’s ongoing energy issues.

“Conserving energy is a topic close to home; it is the best way to ensure a secure and sustainable energy supply for our future generations, and also a means to reduce greenhouse gases and emissions,” Dr Ross remarks. Advances in renewable energy research have the power to tackle the energy problems so many of us are currently worried about, and I view this topic as incredibly important in terms of its benefit to society.”

Her work is aimed at enhancing the power output of an electricity-generating device in order to obtain an overall high efficiency with less energy loss. Simultaneously, the materials used in this research to build a device in order to make the process work are cheap and easily available, meaning the power that comes from it will be affordable.

“Renewable energy could reduce emissions, yes - but it could also create jobs and improve public health. Solar power is the last energy resource that isn't owned yet - nobody taxes the sun...yet.”

This work relates to a real and current issue.

“Much of the public is still unaware of how they can make a positive contribution towards improving the energy issues we all face,” she says, ”but ultimately, success is the sum of small efforts, repeated day in and day out. Now is the time to inspire young people to tackle these grand challenges of the 21st century.” 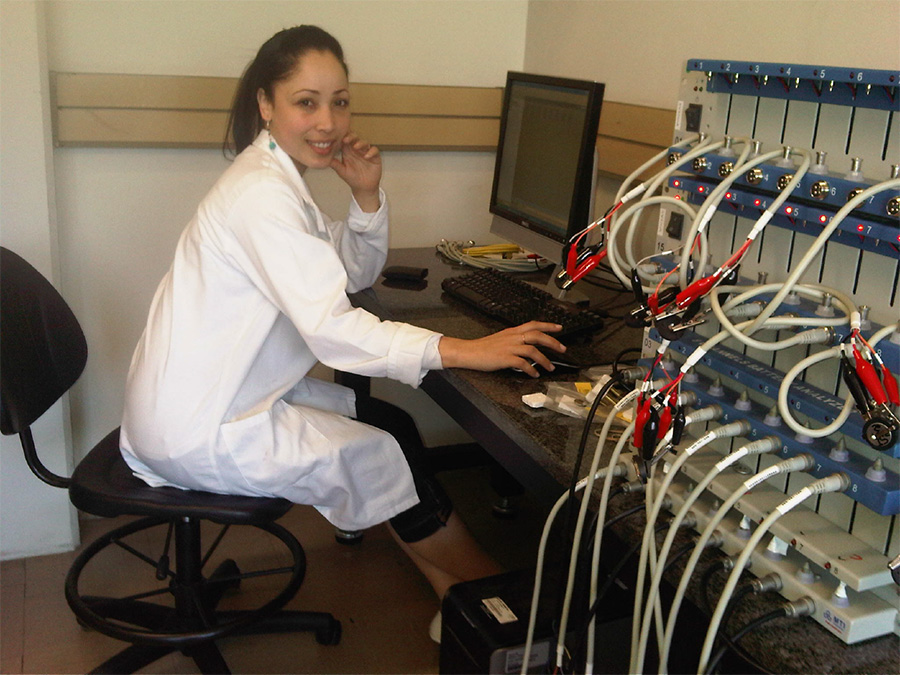 Sciencing The Future: Developing the Leading Minds of Tomorrow

“I see being a female in a field where most of the senior staff are male not as a challenge but as an opportunity to push the envelope,” Dr Ross says. “Soapbox Science is a novel public outreach platform whereby I can promote the science I do, interact with and hopefully inspire young people (and especially young women) to pursue a career in science.”

The youngest of five children, Natasha Ross was raised by a single mother in a small town named Hawston (Hermanus), a fisherman's village in the Cape Overberg district - an experience for which she’s grateful today.

“Growing up in a small town has always motivated me to take advantage of all the opportunities I come across,” she says. “I worked hard all the way up until high school, and my family supported me all the way, helping me become the first of my family to come to UWC and graduate from university.”

For Dr Ross, science is fun. No, really.

“I truly enjoy my time in the research labs - working late hours, being wrapped up in the work and not even feeling the hours go by. And then at the end of those long days, when I’m able to attain some good results, that makes all the distress and tears completely worth it.”

That doesn’t mean it’s not challenging, though.

“Set high goals, be honest, never say no, and work with people who share your passion for doing their best. It's easy to become overwhelmed or discouraged - and it's easy to fall into the habit of a bad routine,” Dr Ross explains. “For these reasons, it's particularly important to have others to lean on, and to set (and meet) short-term goals.”

She decided to follow a career in Chemical science because she wanted to do something out of the ordinary, to make a difference in the world somehow. And she hopes other young women will take up the challenge as well.

“There are two types of beliefs that discourage girls from pursuing STEM at an early age: a) negative stereotypes about their intellectual abilities, and b) stereotypes about the people who work in STEM careers as being “nerdy” or socially awkward,” Dr Ross muses. “Neither of these stereotypes is accurate, and I believe that parents and educators can help turn things around and close the gender gaps in STEM.”

The key, she believes, is to portray women in science as relatable and to highlight how they became scientists, making it easier for girls to envision themselves following a similar path to success.

“Own your life; no one else will,” she says. “The most important ingredient for a successful career is finding a topic that excites you, digging in to answer interesting and important questions, and having a real passion for science - after all, it’s not work, it's actually a hobby!”

Posted on
17 May 2019
Author
Nicklaus Kruger