Labour migration is an essential – and potentially beneficial – part of all economies, regions and countries in the 21st century. One of the main reasons for migration is to enjoy better employment and earnings prospects.

The usual flow of people is from developing to developed countries at the international level, and domestically from rural to urban areas or from poorer areas to richer ones.

In South Africa two provinces – Gauteng and Western Cape – stand out among the full complement of nine – as the most attractive destinations for labour migrants. They contribute most to the economic success of the country, accounting for 49% of the gross domestic product in 2019.

Get your news from people who know what they’re talking about.

Our key finding was that migrants from other provinces were more likely to be employed than the permanent residents of Gauteng and the Western Cape. But, the intra-provincial migrants – people who moved from one area to another within the same province in search of better job prospects – remained the best-performing group with the lowest unemployment rates, especially in the formal sector.

As not all inter-provincial migrants find work in the destination provinces, the provincial unemployment statistics should be interpreted with great caution, as they can be distorted by these migrants.

In our study, we used the Census 2011 data – the most recent – to examine the personal, socioeconomic status and labour market characteristics of eight groups of people aged 15 to 64 years.

In the case of Gauteng:

Short-term and long-term migrants were distinguished from each other based on the time periods before and after 2006. The short term refers to those who migrated within the last five years. Long-term means they migrated more than 5-10 years earlier.

The findings point to the need for the national government to consider inter-provincial migration when allocating the national budget to provinces, districts and municipalities. More of the budget should go to the Western Cape and Gauteng, given their ever-growing populations because of migration from other provinces.

Note: intra-provincial migrants and immigrants from overseas are excluded. Sipplied by author

The statistics also indicated that the majority of migrants from other provinces into the Western Cape settled in the City of Cape Town (over 70%). On the other hand, nearly 90% of migrants into Gauteng resided in Johannesburg, Tshwane and Ekurhuleni districts.

The results suggest that these popular destination districts are most likely associated with better living conditions and labour market prospects.

Furthermore, both short and long-term migrants into Gauteng and the Western Cape were likely to be young, aged 15-34 years. They were mostly unmarried African urban residents with 11 to 12 years of education on average. 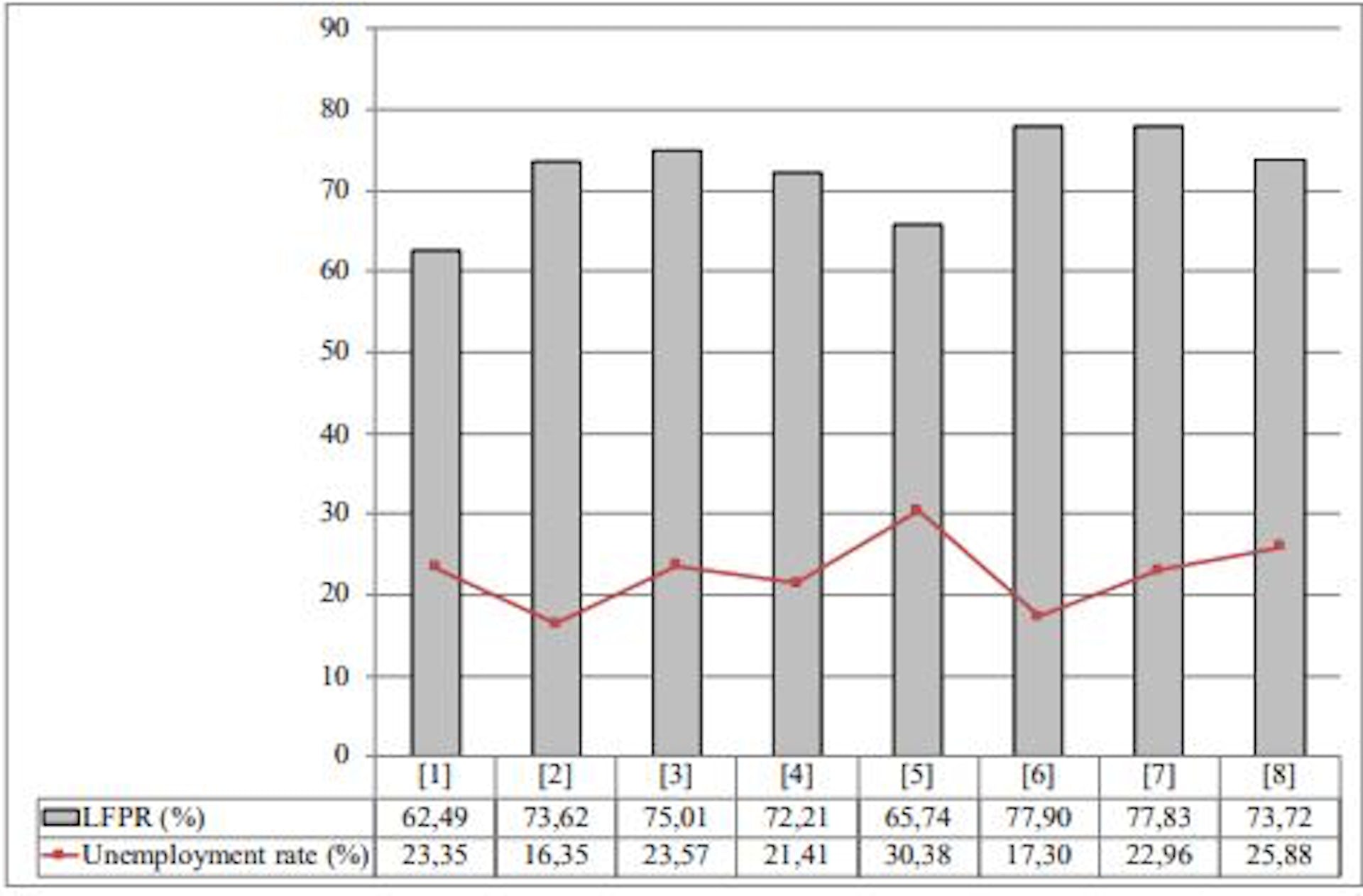 Percentage share of employed in each skills level by migration status 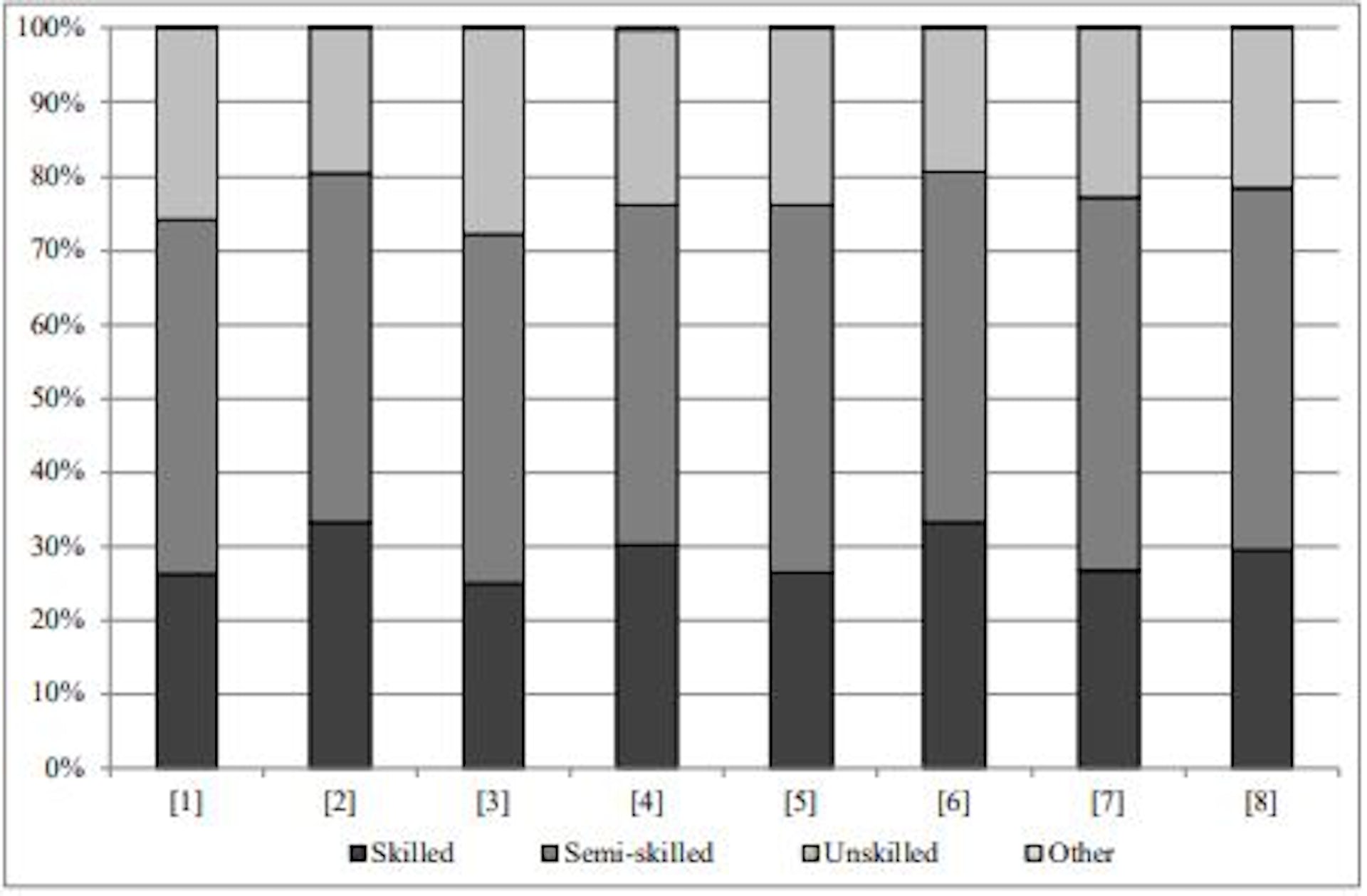 Lastly, after controlling for differences in other personal and household characteristics, the econometric analysis found that, compared to the permanent residents, both short and long-term inter-provincial migrants into the Gauteng and the Western Cape enjoyed a significantly greater probability (of 3%) of finding work. Migrants within a province enjoy the lowest unemployment rate and probability of engaging in skilled occupations.

Job-seeking migration into Gauteng and the Western Cape will certainly continue for as long as these two provinces are associated with better economic conditions and job prospects than the migrants’ home provinces. In particular, these migrants are most likely to cluster in certain districts with more lucrative job opportunities; namely Cape Town, Ekurhuleni, Johannesburg and Tshwane.

Gauteng and Western Cape provincial governments will continue to face important challenges in addressing the increased burden on providing basic services, housing, health, education and social service systems because of the flow of migrants.

The findings indicate that not all the inter-provincial migrants eventually find work. This adds to the unemployment burden for Gauteng and the Western Cape. This has implications for the provinces’ job creation and entrepreneurship development strategies.

Joseph Kleinhans, an Economics Masters graduate at the University of the Western Cape, collaborated on the research on which this article is based.

This article was first published The Conversation: https://theconversation.com/south-african-internal-migrants-fare-better-in-the-job-market-in-two-regions-152786