Contact Us
< Back
At a glance, Donovan Mulder fits the profile of many UWC alumni. Growing up in Grassy Park with two hard working parents who, because they did not get the chance to progress beyond matric, set a high value on their children’s education.

So after matriculating at Grassy Park High in 1992, Donovan headed off to the University of Cape Town on a scholarship to study electrical engineering (his brother Robin chose a degree at UWC instead).

Donovan admits he probably wasn’t ready for the rigours of study.

“I did a couple of years at UCT, but I squandered the opportunities that were presented to me – most of the time I was playing 'klawerjas' or playing pool,” he says wryly.

After dropping out, he took a job at a call centre called Izinga Access. Serendipity met opportunity when he found out the company needed a network engineer and he boldly offered to do it.

“And that’s how I got into IT. I’d done a bit of programming, a half course in computer science at UCT as part of the engineering programme, but it wasn’t much,” he says. 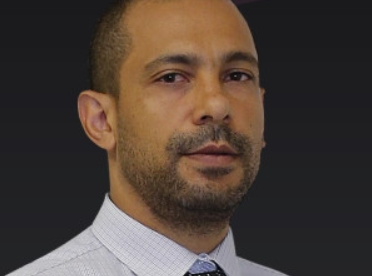 A while later, the universe smiled on him again when IC International, a company that shared office space with Access, moved to their own premises and offered him a position. He took it without hesitation, sensing the potential opportunities in the fledgling programming industry.

The game changer came one day when someone needed regression testing done and no one even knew what that was. The IT director handed over a suite of software tools the company had purchased (a box of books and a CD) and asked Donovan to see if it could be made to work for regression testing. After a few months of learning and experimenting, he not only reported that it could be done, but that he’d conceived the gem of an idea to develop a company specialising in software quality assurance.

Fast forward to 2021 and that idea has morphed into Kinetic Skunk, a company employing 33 staff and 10 interns and servicing a growing corporate client list, thanks to Donovan’s frenetic pace of work.

He says his energetic, all-in approach to business is part nature and partly due to his key learning experience, undertaking BCom Honours between 2009 and 2010 at UWC. He was able to skip the undergraduate degree due to the ‘recognition of prior learning’ programme that required passing an entrance exam and demonstrating sufficient relevant work experience.

Here he encountered Grafton Whyte, currently the Director of the University of Namibia’s Business School.

Donovan says: “He was the main driving force behind that programme. In fact, he was our only lecturer [other than occasional guest lecturer, Dr Zoran Metrovich]. He had a major influence on my work. He was quite harsh, but only if you were not pushing the boundaries, or if you challenged anything without being backed by data or empirical evidence.”

The relentless professor got more than the ideal academic result. His approach was a life lesson for Donovan, who put so much effort into the course that he needed three months to recover afterwards! Despite also holding down a full-time job as a test manager for Sungard, he emerged with a first for his thesis, two conference papers and one journal paper.

He’s applied the same work ethic to building the company. Although he now has a management team in place and doesn’t need to feel responsible for every decision, the business is still an all-consuming passion.

“I have interests like taking my dog to the mountain and cycling, but nothing that I would call a hobby. I live and breathe Kinetic Skunk. I’m always thinking about the business, getting new clients, new projects, new work,” he admits.