Forty years ago, Isaac Asimov - the famous and prolific scientist, science popularizer and science fiction writer (and a very busy man), said: “It is change, continuing change, inevitable change, that is the dominant factor in society today. No sensible decision can be made any longer without taking into account not only the world as it is, but the world as it will be.”

In the decades since, those words have only become more true. We are now well into the Fourth Industrial Revolution, an unprecedented acceleration of humankind’s insatiable desire to increase productivity and the efficiency of production through commercial applications of quantum leap advances in science, engineering and technology.

“The Fourth Industrial Revolution is unlike any other revolution before,” said Prof Tyrone Pretorius, Rector and Vice-Chancellor of the University of the Western Cape (UWC), recalling the change in technology even within his lifetime - the first TV in South Africa (1976); the first cell phones in the country, those big old bricks (1994).

“This is no slow gradual process that we can ease ourselves into and familiarise ourselves with. It is an ongoing state of change, where as soon as one technology is launched, others are scrambling to improve upon it or render it obsolete.”

To thrive during this time of change - and produce research and graduates who can make the most of it, UWC officially launched its new Computational and Mathematical Sciences (CAMS) building on Tuesday, 13 November 2018.

The Honourable Naledi Pandor, South African Minister of Higher Education and Training, was on hand to celebrate the occasion.

“I’m really pleased to be here at the opening of the University’s new CAMS building,” she said. “I’ve been particularly impressed by the way the University has been improving in teaching and learning, in research and in infrastructure over the decades - and this is the second building we opened this morning, in fact. So let nobody deny that UWC is growing - and I’m thrilled by that.”

The building, a collaboration between the Faculty of Natural Science and the Faculty of Economic and Management Sciences, brings together four of the University’s most cutting-edge departments - the Departments of Mathematics and Applied Mathematics, Statistics and Populations Studies, Computer Science and Information Technology - into a single teaching space designed to accommodate up to 1000 students. 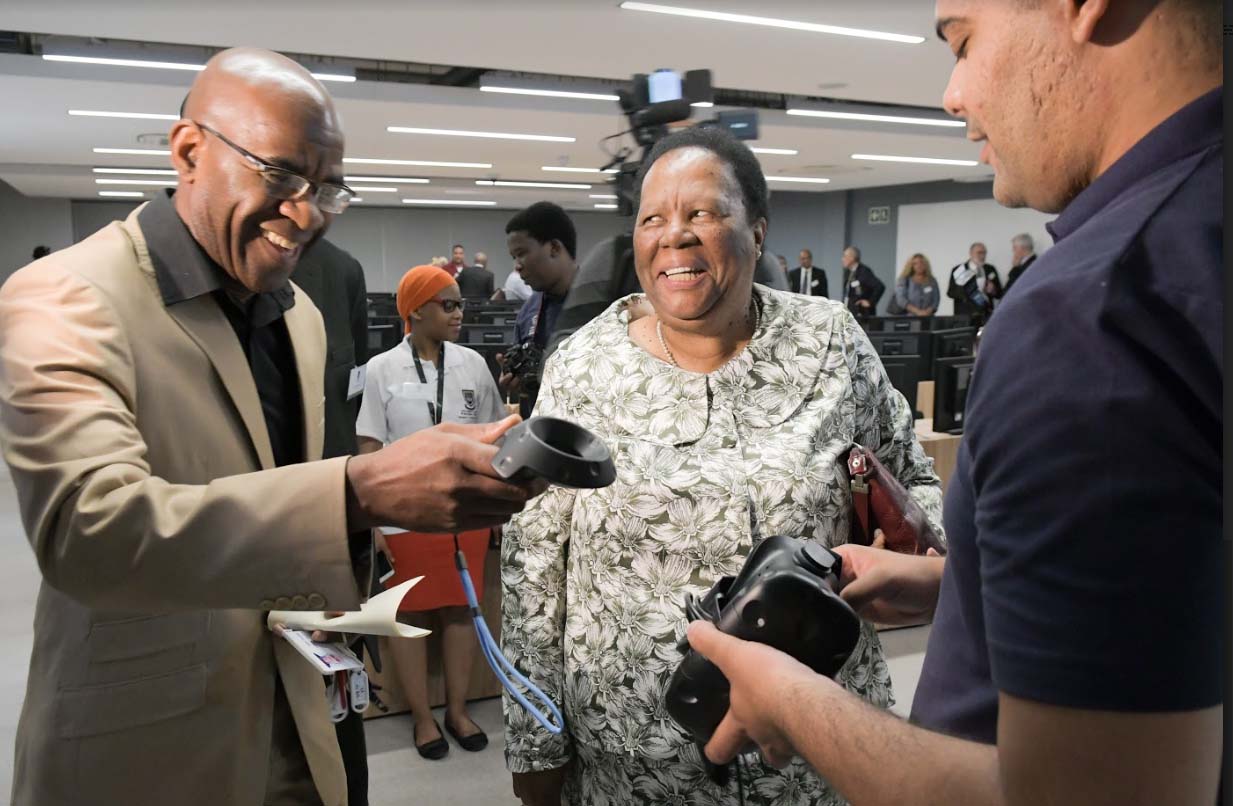 “As university deans, our role is both exciting and, at times, overwhelming as we realise that we are educating a cohort of young South Africans for careers that probably do not exist yet,” said Prof Michelle Esau, UWC Dean of Economic and Management Sciences.

“The formal careers that have been with us for nearly a century may either pass away or evolve into totally new career opportunities that require a set of unique, highly adaptable, digital and analytical skills. We need to be at the forefront of anticipating this change and our programmes must reflect a willingness to change, and to change rapidly.”

The context in which universities now operate demands a completely new approach to determining the content and outcomes of our academic curricula.

“Partnership is key,” Prof Davies-Coleman, UWC Dean of Natural Sciences, noted. “History tells us that the success of previous industrial revolutions required a close collaborative partnership between commerce and SET. Therefore, the academic partnership we have developing under the banner “Two Faculties ONE TEAM” is a significant step in the right direction if we are to capitalise on the opportunities of the Fourth Industrial Revolution.”

A University Transformed; A Vision Realised

The CAMS Building is a result of institutional and government commitment over many years (and many Rands) - and was made possible by the inspirational vision and leadership of Prof Brian O’Connell, former UWC Vice-Chancellor.

“I used to receive the most beautifully written letters from Brian,” the Minister recalled, “outlining his thinking, and what he hoped to achieve here. He’s been a pioneer, not just in infrastructure, but in quality and excellence. He believed in what UWC could do - and his drive and vision have seen UWC develop in leaps and bounds into one of the continent’s top universities, and are made concrete in this wonderful building. We will never forget you for that.”

The sharing of space, both physical and intellectual, and resources (over 1000 new computers) is already paying dividends in terms of shared commitments from UWC’s staff to deliver new 21st Century relevant courses and skills into degrees and diplomas.

“Are universities necessarily only recipients and users of technology produced elsewhere?” Prof Pretorius asked “Do we not have a responsibility to be at the forefront of innovation? I think that we are expected to offer much more -and with this new building, we will finally find out how much more we can do.” 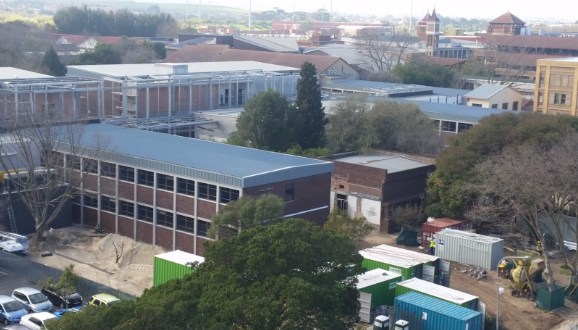 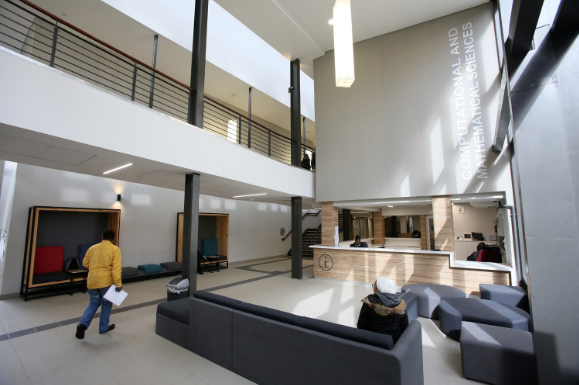 CAMS: After construction was completed in 2018. 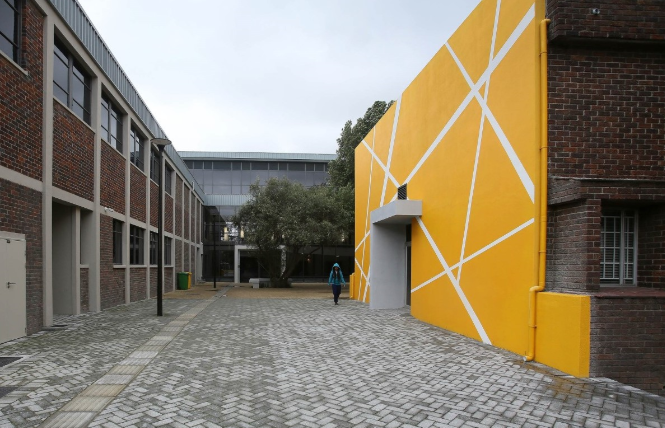 Want to know more about the new Computational And Mathematical Sciences building - and the interdisciplinary work fuelling the Fourth Industrial Revolution? Watch it here: https://www.youtube.com/playlist?list=PLnsdD16ZXHny986aydDXfkXgqfwfYBrJN