A little more than a hundred years ago, in 1915, Einstein published his remarkable General Theory of Relativity, a completely revolutionary idea holding that gravity actually curves spacetime. It was so revolutionary, in fact, that we’re still working out the details.

“Einstein’s work was almost inconceivably revolutionary – and so weird that one might think it would never find success,” says Prof Roy Maartens, from the Physics & Astronomy Department at the University of the Western Cape. “But it did, and it became a turning point in the history of science, and our understanding of the universe around us – for the first time we had the tools to develop a scientific model of the universe as a whole.”

Every three years, the International Society of General Relativity and Gravitation (ISGRG) selects Fellows for their research achievements. On 12 July 2019, Maartens was selected as an ISGRG Fellow, “for his contributions to the study of relativistic cosmology, and for his leadership and service within the relativity and gravity community in South Africa and in the UK”.

Maartens took up the SARChI Chair in Astronomy and Astrophysics at UWC in 2011 and was the first NRF A-Rated Researcher at UWC.

“As a cosmologist, the thing that I’m interested in is the study of the Universe as a whole,” he notes. “This involves one of the great challenges of modern cosmology - why is the universe not just expanding, but expanding faster and faster, apparently driven by ‘dark energy’.”

The normal matter we see makes up only 5% or so of the universe, and dark matter, which holds galaxies together, makes up about 25% - and the remainder is dark energy, pushing galaxies apart, accelerating the expansion of the universe.

“We don’t know what this mysterious dark energy is,” Maartens notes. “It could even be a signal that Einstein’s theory might be reaching its limits.” 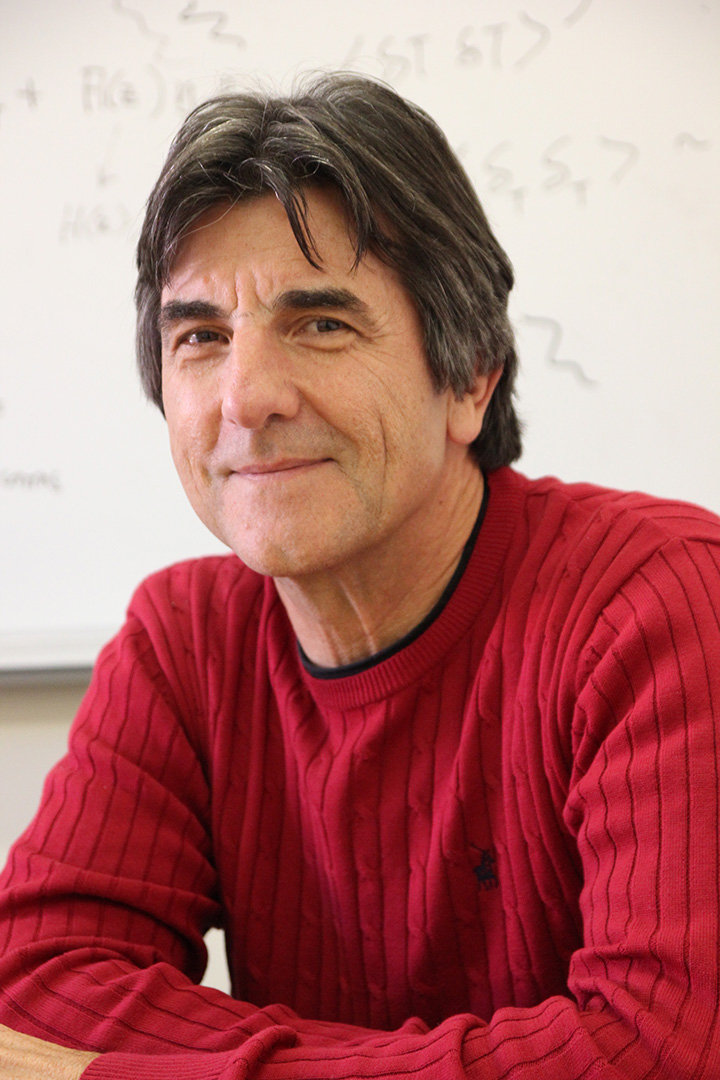 Maartens’ work involves using the Square Kilometre Array (SKA), a giant radio telescope array that will be built mainly in South Africa, and which will be the largest science project ever in Africa.

“South Africa’s own MeerKAT telescope will be leading the world over the next few years before it is absorbed into the SKA” says Maartens. “This is a tremendous opportunity for the new generation of scientists in Africa.”

The SKA will provide the biggest ever maps of the Universe, reaching across huge areas of the sky and far back in time - and UWC’s world-class astrophysics group is playing a big role in that.

“These maps will contain a wealth of information that can be 'mined' with the sophisticated methods being developed at UWC,” according to Maartens. “The maps will open up new advances in our understanding of dark energy - and also of the dark matter that keeps galaxies stable.”

By measuring the positions of galaxies, and creating three-dimensional maps of the universe on the largest scale, we can look deeper into the evolution and history of the cosmos.

“With these maps, we will be able to answer many of our cosmological questions - and hopefully we will finally be able to answer the question of whether Einstein’s theory really governs the behaviour of the Universe on the largest scales.”