“No one can dispute that as a country we are in trouble. The world seems to be in a state of flux and the global economy is in turmoil. It is into this cynical and tired world that you will be stepping, and I am urging you today, to do more than what my generation has done.”

That was the message delivered by Professor Tyrone Pretorius, Rector and Vice-Chancellor of the University of the Western Cape, speaking at UWC’s August Graduation 2019 to a Main Hall packed with graduands, along with their family, friends and loved ones. 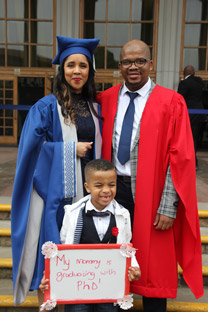 Prof Pretorius took the opportunity to congratulate the soon-to-be-graduates for their hard work and achievement - and to urge them to complete the hard work of building a better society.

“We thought that the end of apartheid signalled the end of doing, of being present and engaged. With the arrival of democracy, we idealistically believed that justice, integrity and moral purpose would be the order of the day. How wrong we were.” 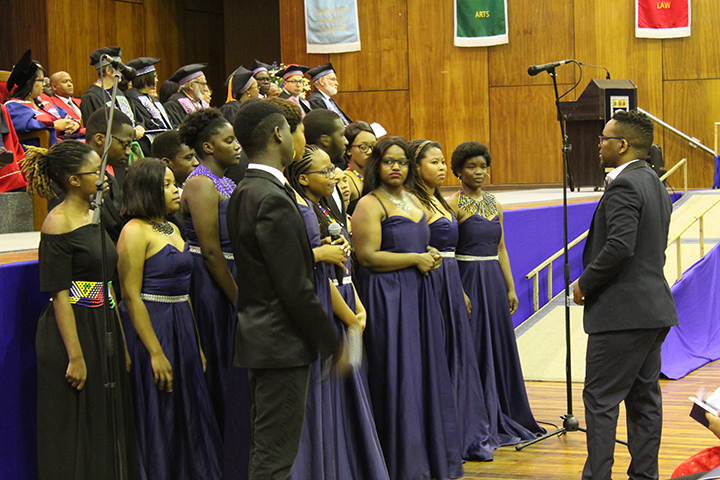 Listing the issues that had come to plague South Africa - issues of unemployment, corruption and wastefulness, of arrogance and selfishness and gender-based violence - Prof Pretorius expressed his hopes for the future.

“So today, I want to urge you graduands to do better than us. Believe that each generation owes a debt to the ones who will follow them and fight to secure the soul of South Africa. Be active and present citizens who will not turn a blind eye to our societal ills - be it gender-based violence or kleptocracy.”

“This will require much of you,” he said. “But I am confident that, as graduates of UWC, you have the perseverance and resilience to give it your best.” 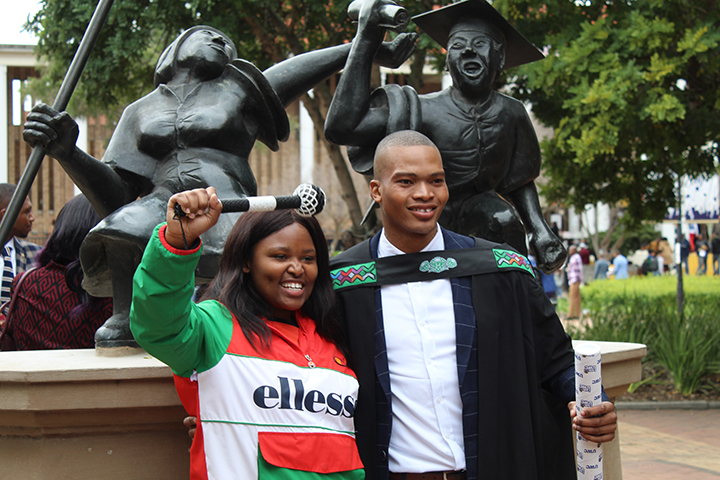 “Mine is to congratulate you, but also to remind you of what your education means to you; what it means to our continent, and to our country,” she said. “The spirit of Ubuntu teaches us that it takes a village to raise a child, and to educate a child. UWC is that village that has educated many of you - and I pray that you will become graduates who will contribute to the development of this continent, and of humanity.” 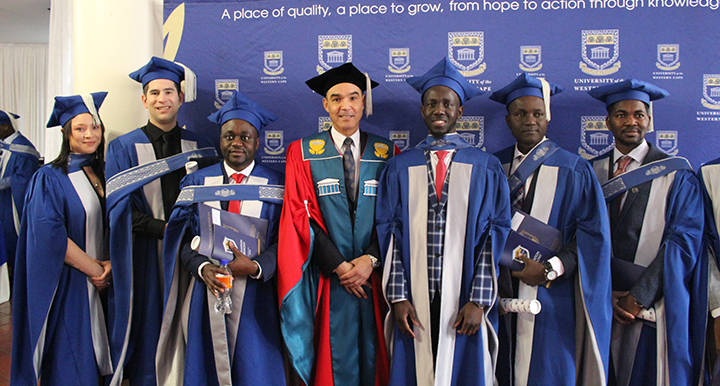 This graduation was extra special for Prof Pretorius, as he celebrated his own daughter’s graduation as well - as did Institutional Planner Larry Pokpas, and previous Rector and Vice-Chancellor, Prof Brian O’Connell. All three men are UWC alumni themselves.

“This is one of my favourite times of the academic year,” Prof Pretorius noted. “As I look across the hall I understand, all over again, the power of education. How can I not, when I see the pride, joy and excitement on your faces on a journey that has ended in success? We are very proud of your achievements and know that you will be noteworthy ambassadors of UWC.” 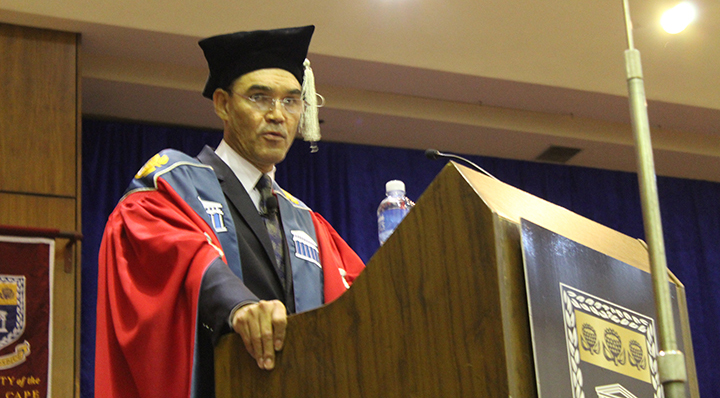 Some of these noteworthy UWC ambassadors include: