Some of the University of the Western Cape’s finest student-athletes have been honoured at the prestigious UWC Sport awards ceremony.

Rising Banyana Banyana star, Bongeka Gamede, and sensation middle-distance runner, Ashley Smith, were big winners at the annual UWC Sports Awards when they were presented the prestigious Sportswoman of the Year and Sportsman of the Year accolades respectively.

Gamede has had a sterling time since joining UWC last year, and her “exemplary” qualities have been rewarded with a number of rewards. In addition to being a member of the national team which participated in the FIFA Women’s World Cup in France, she led the UWC Women’s Football team to the Women’s National League and was the player of the tournament in the Sasol League National Championships which is played by provincial champions.

Smith made his mark on the local and international athletics field. He made his debut on the European Circuit and delivered an impressive performance in the 1500m race in Tampere, Finland where he led the race from start to finish. Immediately after that, Smith represented South Africa at the World Student Games in Napoli, Italy where he won a bronze medal in the 3 000 steeplechase. 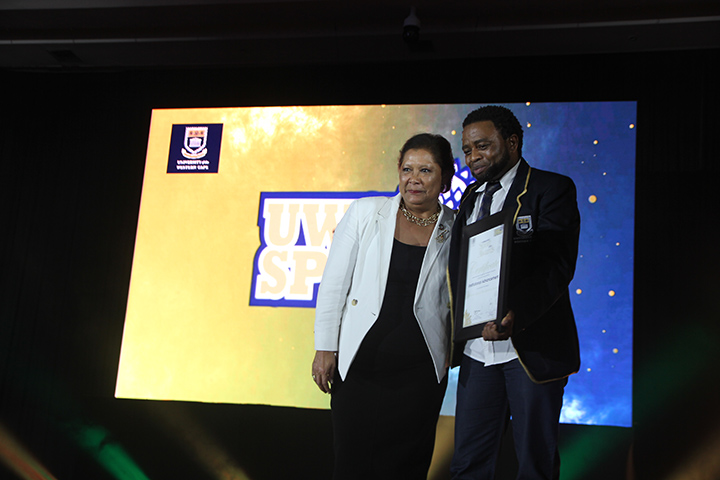 Another winner included the women's football coach Thinasonke Mbuli.  She was awarded the Coach of the Year accolade while the Department of Institutional Advancement walked away with the Director’s Recognition Award. The UWC Football Club took home the Club of the Year award and Zintle Damon was named Student Administrator of the Year.

Former UWC student and reigning African Women’s Player of the Year, Thembi Kgatlana, dug deep into her own experience to inspire student athletes.  Katlana, who is now a professional footballer with Beijing BG Phoenix FC in China, recalled that she had to endure societal perceptions of how females should be or act in order to be accepted. Those perceptions started at her own home. “Because I was a girl, my mom wanted me to be a netball player, or a track and field athlete. And having to choose to play a male-dominated sport which is soccer, made things quite difficult at home. From her point of view my mom was worried about my safety since I was the only girl playing in a boys’ team,” said Kgatlana.

Kgatlana, who is vying for Sportswoman of the Year and for the People’s Choice of the Year accolades in the coming South African Sports Awards, remembered that her parents refused to watch her soccer matches back then, “because they believed I wasn’t good enough as a girl to play soccer”.

“It really affected me, but I used that pain to break through. I gave my all in training and matches just to prove to myself that I am not what my family wants me to be. That resistance built me, it moulded me to be the person that I am today.” 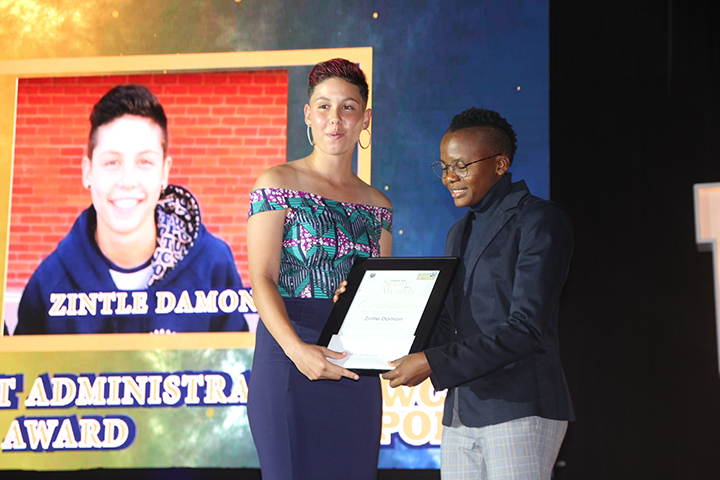 Kgatlana also won the UWC Sportswomen of the Year during her time on campus.

She said:  “Following my success in soccer, I spent 15 full years of commitment, consistency, perseverance and hard work. But in between those years I had challenges. I was mocked, I was criticised, sometimes by females. I am who I am today because I refused to look like my family’s circumstances. I refused to be put in a box because I am a female. I refused to let society plant the seed of fear. And I refused to be just another number.”

UWC Director of Sport Mandla Gagayi said the society still regard women as “second-class citizens”. He said many women aspiring to pursue a professional career in sport are often forced to leave the country for America, Europe, Asia or Australia. 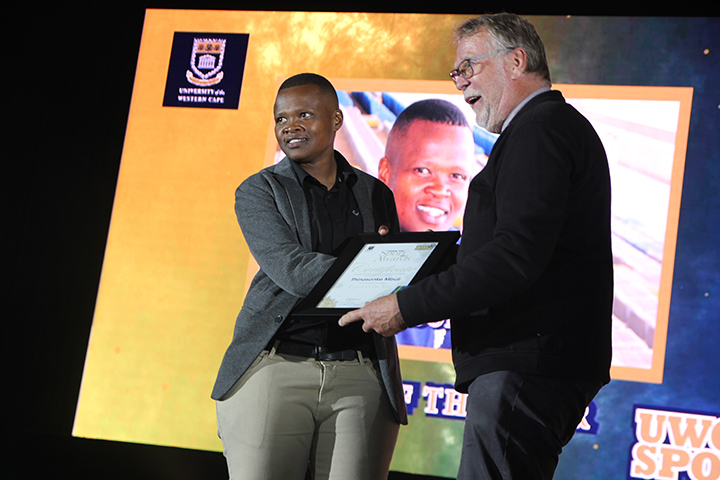 Professor Pamela Dube, Deputy Vice-Chancellor: Student Development and Support,   said the University is proud of the individual and team achievements, and the initiative started by coaches and captains to engage on issues of gender-based violence.

“I would like to invite every sportsman and woman to continue advocating for a society that protects the rights of everyone and forms part of various initiatives on campus which are aimed at creating awareness and restating our position that we will never tolerate gender-based violence,” said Professor Dube.