Contact Us
< Back
At primary school Lyndon Bailey was bullied so much by other learners that he joined a karate club to learn skills to defend himself. But he has been so good in the sport that defending himself has taken the back seat as his sterling performances earned him spots in the national teams.

A few weeks ago Bailey, a first-year law student at the University of the Western Cape (UWC), won a gold medal at the University Sport South Africa (USSA) Karate Online Kata Championships, while his UWC teammate Jody Theodore Williams took home a silver medal [placing UWC joint-third overall, behind University of Limpopo and TUT and level with University of Pretoria].

Bailey’s good showing at the event prompted his selection to the USSA team in addition to him being a member of the national Under-21 team. 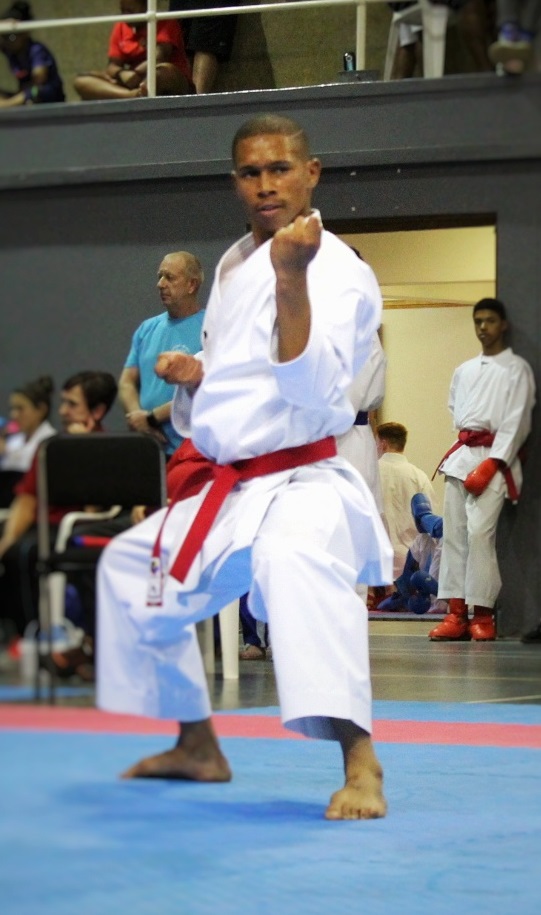 “I was bullied a lot at primary school so I chose karate basically for self defence,” the 19-year-old from Elsies River recalled. “It was a good decision because karate made me more disciplined, humble and taught me more patience. In life there is a rough part or a rocky road and karate has taught me that even if you are on that road and there are obstacles, with patience you can reach your goals.”

The USSA Karate Kata championship is a series of movements and basics put in a certain sequence as if fighting against an invisible opponent, and participants had to express their understanding and present the sequence in front of a panel of judges.

Bailey believes his mental strength was the difference in his triumph. “My mental performance pulled me through this tournament. Although it is physical, I feel as an athlete your mental performance is as important as your physical well-being. It doesn't matter who is in front of you, if you know that you must do your best and leave the rest to God you will be successful”.

After finishing fifth at the Africa Union Sports Council (AUSC) Region 5 Federation Karate Championships as a Protea in 2019, Bailey intends to build on the experience gained from the USSA tournament to further his career in karate. “The success at USSA has made me feel excited about the future and believe that I can go further in karate and properly represent UWC and the country in God’s will. At UWC we have about five or six athletes along with our karate coach, Michael du Plessis. And we are quite excited.”

Bailey has credited his instructors, Shihan Llewellyn Rhoda and Shihan Salama Rhoda, from Karate Zen in Goodwood, for grooming and turning him to be the athlete he is. “Today I’m a junior black belt and will be going to a senior black belt at the end of the year, and all that is due to their help”.

And his advice to fellow youngsters? “Persevere, push through every obstacle, have your goal in mind and make God the centre of whatever you do.”