The Lindau Nobel Laureate Meeting is a prestigious annual global conference where young up-and-coming scientists can interact first-hand with Nobel Laureates. This year, a record-breaking 70 Nobelists will be attending the 65th meeting from 28 June to 3 July 2015 in Lindau, Germany, transferring knowledge to 672 of the world’s young researchers - including University of the Western Cape PhD student Didam Duniya.

Didam, who hails from Nigeria, was jointly nominated to attend by the Robert Bosch Stiftung, Germany, and the African Institute for Mathematical Sciences (AIMS) for his work in astrophysics. Under the supervision of UWC Physics Professor - and SKA Research Chair - Roy Maartens, Didam is working on the effects of Einstein’s Theory of General Relativity in galaxy surveys.

2015 will see the 100th anniversary of Einstein’s General Theory of Relativity, one of the most celebrated ideas in the history of physics, and the basis for our large scale understanding of the universe at large scales.

Upcoming surveys with the MeerKAT telescope and the Square Kilometre Array - which, when completed, will be the largest telescope in the Southern Hemisphere and one of the largest scientific instruments in the world -  will be able to detect the effects that Didam is working on, and will consequently test Einstein’s theory on the largest scales in the universe.

Attendance at the interdisciplinary Lindau Meeting is strictly by invitation. Participants are chosen worldwide by a high-level scientific review panel from amongst the PhD candidates and post-docs from all three natural science Nobel Prize disciplines: medicine & physiology, physics, and chemistry. The programme of this meeting will feature a multitude of lectures, panel discussions, and master classes.

Didam is excited about the opportunity, and hopes to interact and share ideas with the Laureates and the other invited researchers, and to improve on his interdisciplinary research ability. “I feel privileged to be selected from so many young scientists across the world to attend this prestigious once-in-a-lifetime forum,” he says. “My gratitude goes to the selection review panel, Robert Bosch Foundation and AIMS.”

“Didam has mastered the art of research in relativistic cosmology, and has developed the ability to work independently at the highest levels,” Prof Maartens says. “Didam, and others like him show how rich Africa is in its potential for advanced research in astrophysics. Africa is not only building and hosting the SKA, it is also producing a new generation of researchers who can use the SKA to discover new things about our universe.”

Didam agrees. “This trip isn’t just about me. What’s important is what my selection shows: progress in science at UWC, and in Africa as a whole. It is my sincere hope that this will inspire young scientists at UWC and across Africa to work harder and aim to be among the world’s top-ranking researchers. I believe the sky will be our limit - and the sky is limitless.” 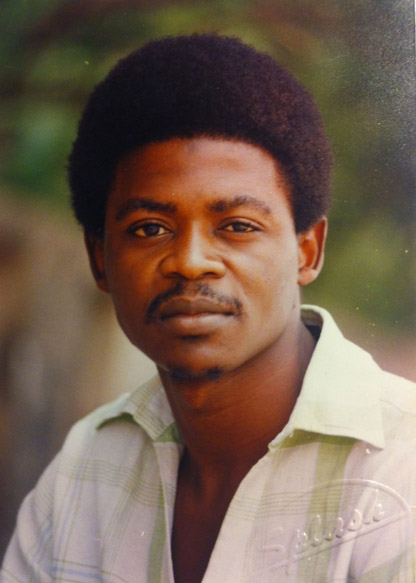 Astrophysics student Didam Duniya is off to Lindau, Germany, to learn from Nobel Laureates in Physics, Medicine and Chemistry
Posted on
3 July 2015
Author
Institutional Advancement: (021) 959 2625