Sandiswa Sidelo is a top academic achiever at the University of the Western Cape (UWC). To the outside world it appeared she had it all, but she was struggling.

“I was depressed, lonely and stopped believing in myself because of my past failures. My vision was not clear because I have let myself down, and doubted my capabilities,” said Sidelo, who is pursuing a BSc degree.

Then she was selected to join the Academic Excellence Programme (AEP) sponsored by Deputy Vice-Chancellor: Academic, Professor Vivienne Lawack. It is designed to support academically high performing 2nd-year students in their studies and to equip them with expertise to flourish in the workplace. The students were selected on the basis of their first-year results and were assigned mentors who guided them professionally and personally. In addition, their peers became their second family. Sidelo could relate to them and discovered that, despite their diverse backgrounds - they had so much in common.

“[They are] a group of great minds - hungry for knowledge, with unrelenting spirits. A part of me that was dead woke up and began filling up with positivity and confidence. Being around top achievers who are constantly striving for greatness inspired me to push harder. I have learned many new skills - from presenting one’s ideas professionally to being an impactful citizen,” said Sidelo, who, during the programme, conceptualised a crime alert app for her entrepreneurial module.

The AEP is one of the Apex projects of the office of Professor Lawack and it is structured to include monthly lunchtime meetings and four residential modules once a term. The programme addresses the reality that tertiary institutions, especially in SA, cannot only be all about academic performance - they are places where students should be nurtured for greatness.

At the AEP graduation ceremony on February 28, Professor Lawack started proceedings, saying that the programme would not have been possible without the support of the Faculty Deans as well as the mentors of the students.

One such mentor was Advocate Romeo Maasdorp - Western Cape Provincial Parliament Legal Advisor, and another was Professor Jade Jansen in UWC’s Accounting Department.

“Some of the added benefits for us was how the AEP students grew in confidence and how they realised that success at UWC is not just about overcoming obstacles. Rather, it is also espoused in their belief that excellence is in us, not subscribing to a ‘deficit’ or ‘victim approach’ linked to disadvantaged,” said Professor Lawack.

Marlon Mc Arthur, a 3rd-year B.Ed student from Delft, said the programme has equipped him with all the necessary skills to succeed after university.

Dean of Science, Professor Mike Davies-Coleman, said it was a pleasure working with the AEP students for the year. “My role was to bring critical thinking to the best critical thinkers I’ve ever met – they had a critical spirit and were good to work with. We had a listening programme because through listening you become wise – this has given me a new insight into our thinking as academics - we need to listen to students like you,” he said.

Professor Priscilla Daniels, Director of UWCs Community Engagement Unit, said the AEP was one of the most exciting programmes she has participated in. “You group of students are some of the most positive people I’ve ever met. I have no doubt that you will go on to do great things,” she said.

Advocate Romeo Maasdorp urged students that, while in their pursuit of greatness, they need to uplift others. “Do not allow your pursuit of happiness to be a hollow one. Remember that leadership starts now. Lead from where you are,” he said.

In closing, Dr Anita Maurtin, Director: Strategic Academic Projects, who is the driver of the AEP, said the University is proud of the AEP students. “We witnessed you grow in front of us and it was a privilege to be a part of your journey - we know that you will be great AEP and UWC ambassadors,” she said. 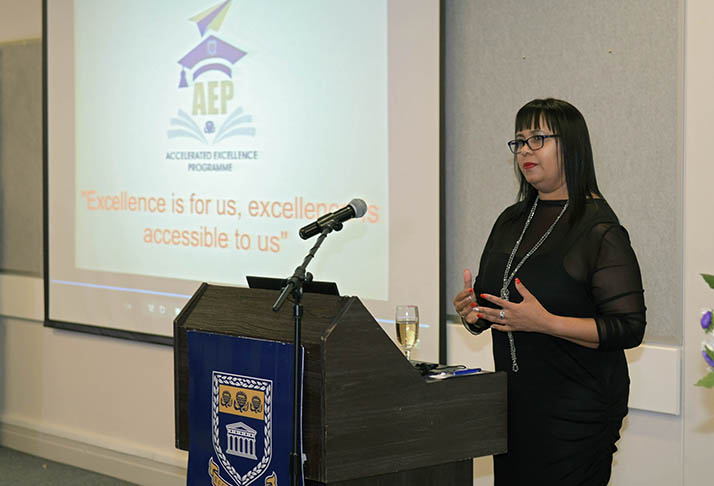 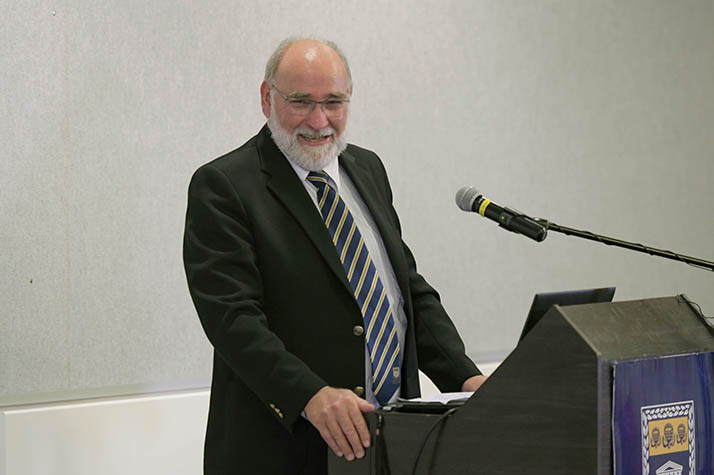 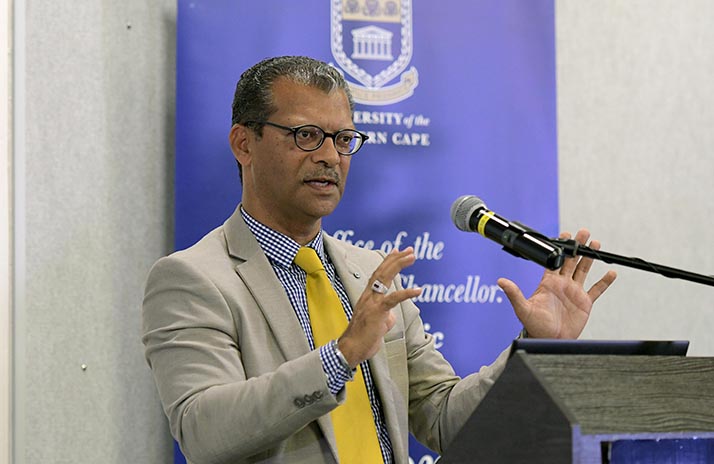 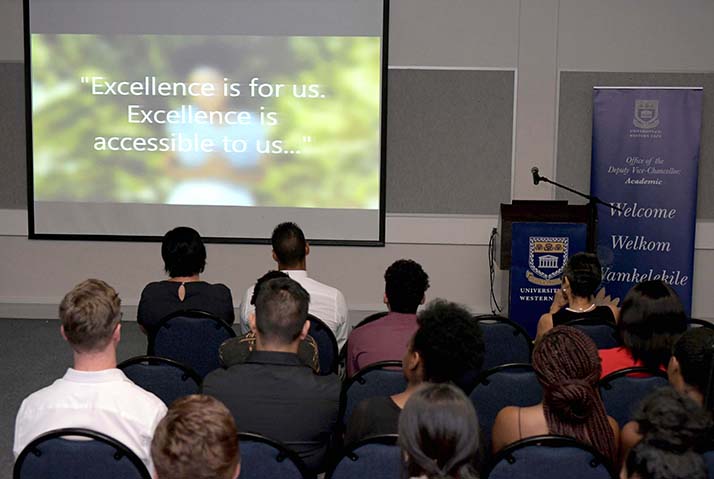 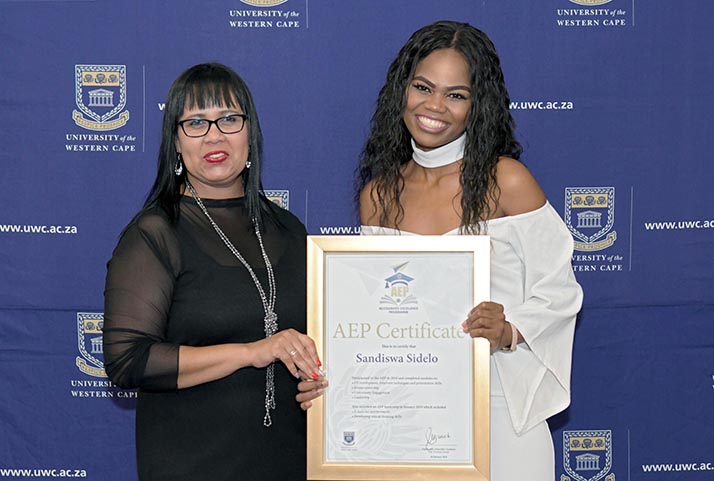 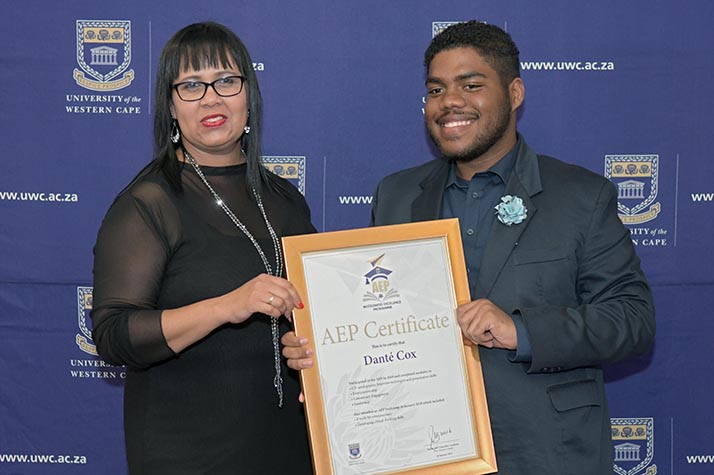 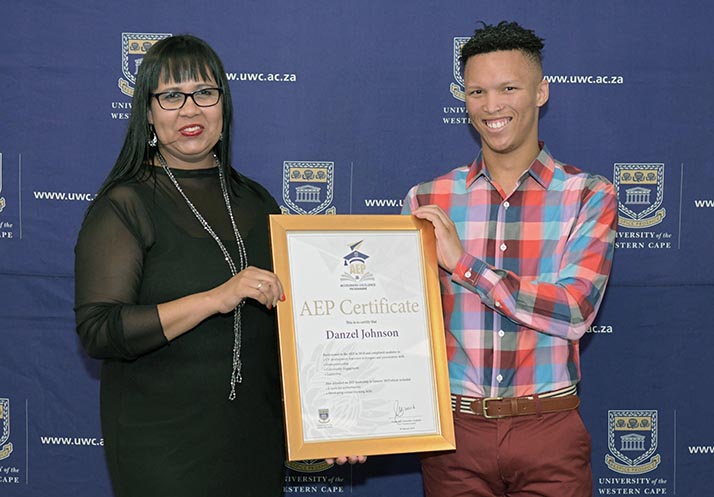 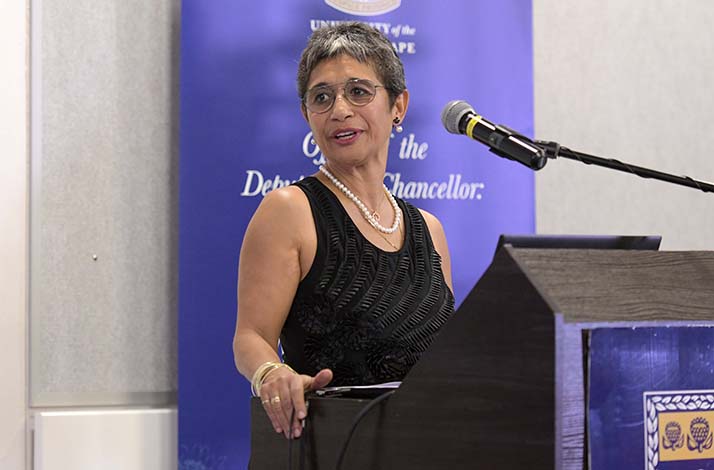 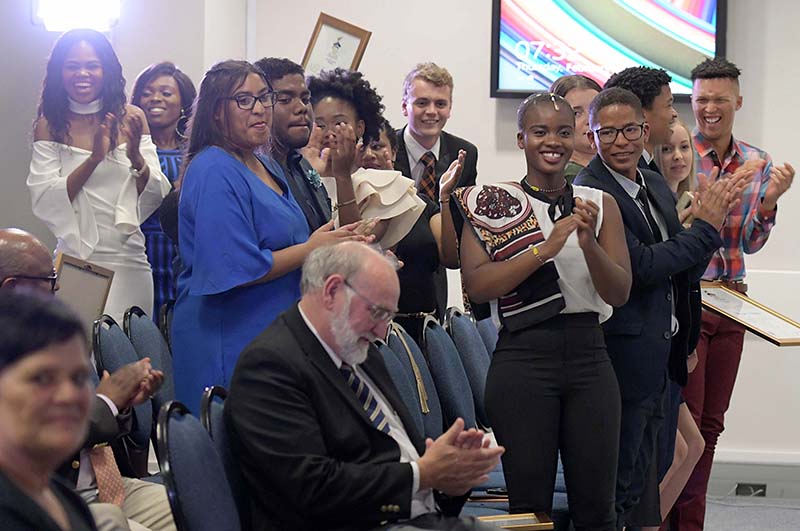