UWC rugby star Lyle Hendricks’ impressive rise in rugby took another positive turn. On Friday he was named in the DHL Stormers squad for the 2020 Vodacom Super Rugby campaign, making him the second University player in the team.

“It is a dream come true for me,” the inside centre from Kuils River said. “I was in the system for a long time, since I was in high school, and I was just patient and worked hard towards that goal.”

Having made the squad, the former Baby Boks player, who has two years left on his contract with Western Province, will be pushing to make his debut in the Super Rugby competition which kicks off this weekend with the Stormers hosting the Hurricanes on Sunday.

“Obviously, now playing in the Varsity Cup is a platform for me to stay fit and be game-fit. And just to help the UWC boys in the tournament because they helped me too. Varsity Cup is a great platform to play rugby because it’s a very competitive competition.”

Hendricks, who contributed to UWC earning their promotion to Varsity Cup, spoke highly of how the University also helped his own career. “UWC contributed immensely to my growth in rugby. I mean, coach Bolla (Johannes Conradie) and the late Chester Williams taught me a lot of things about rugby. Just to be patient and to keep on working hard, and those are the only things that will make you successful at the end of the day. They said I must keep on working hard and my time will come. And stay humble as well.”

For the up and coming sports stars, Hendricks has a few words of advice: “They must keep on working hard and if they don’t make it, it’s not the end of the road. Their time will come. And they must not do it alone - there is support out there.”

Langenhoven said Hendricks’ inclusion in the Stormers set is a big deal for UWC. “It is a massive motivation just to have him in our midst. I mean, training with him in the past weeks has lifted the guys a lot. With his experience of playing at a higher level, a lot of players can learn a lot from him. He is a fantastic ambassador for UWC and a role-model for many young players.” 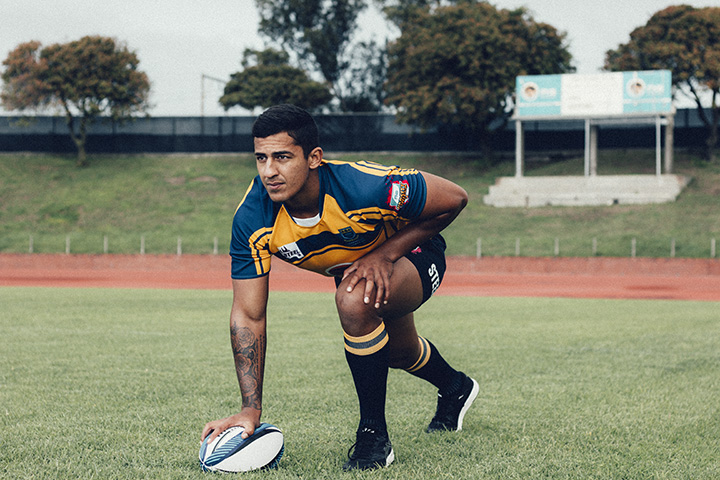