They were joined by UWC’s office for Leadership & Social Responsibility (LSR), Rise Against Hunger volunteers and staff from South African Breweries (SAB) in the UWC Student Centre on August 1.

Within just four hours an unprecedented 50 000 meals were packed and ready to be distributed to students in need.

This event was the LSR’s Mandela Day initiative and the aim was to supplement the current UWC food programme which is managed the office of the DVC: Student Development and Support.

Garth Van Rooyen, LSR manager, was encouraged by the outpouring of support by student volunteers.
“It is all about the campus community coming together for a worthy cause and it exemplifies the spirit of UWC,” said Van Rooyen. 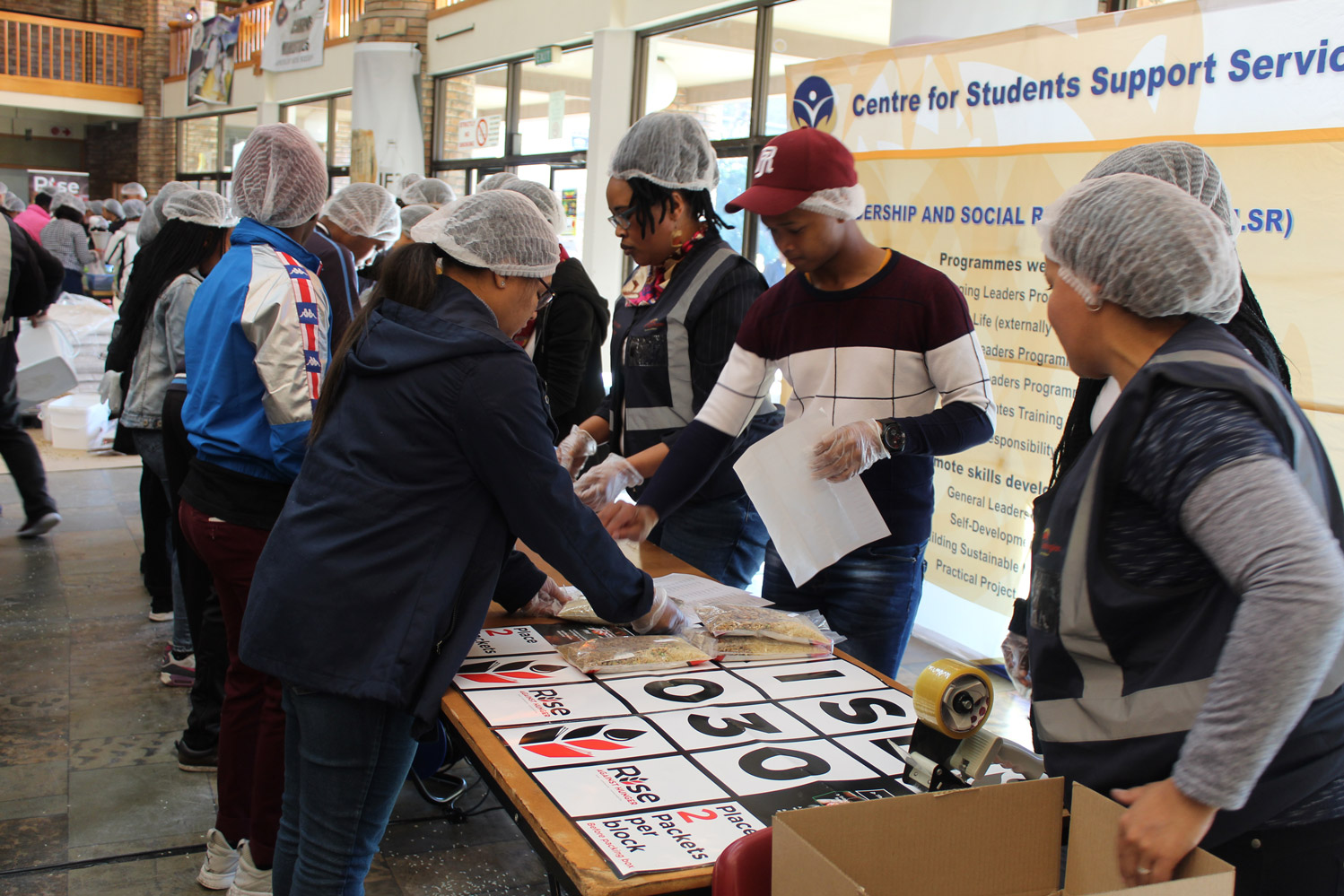 Shanaaz Stofberg, regional manager for Rise Against Hunger, said her organisation enjoy working with UWC as the atmosphere on campus is “electric”.
“The willingness of students to participate is overwhelming… We have just finished Mandela Month but these students have kept alive the spirit of giving back,” said Stofberg.

Julian Williams from SAB said many students are going to bed hungry and therefore they decided to partner with two universities in Cape Town.
“As a father I wouldn’t want my child to study on an empty stomach. And what better place to make a difference than UWC,” said Williams.

In May the parties hosted a similar event where staff and students packed 20 088 meals in less than two hours.