The number of people worldwide who don’t receive enough nutrition to live a healthy life can fit into more than 8642 FNB Stadiums. The United Nations has called on all nations to join forces to end this scourge. Last week staff and students from UWC heeded the call and packed meals for 20 088 people in less than an hour.

The packaging event held at the student centre was organised by international organisation, Rise Against Hunger.

The students packed 93 boxes of rice, soup mix and soya.

Rise Against Hunger contributes to successfully sending out millions of meals around the globe each year.

Since 2005, hundreds of thousands of volunteer groups from around the world have packaged nearly 500 million meals.

Students Sanela Saunders and Alungile Mtotywa from Khayelitsha experienced the excitement of packing food parcels, while racing against the clock. Saunders said it was a positive and rewarding experience, especially because she had fun while doing something meaningful.

Another student, Naadirah Abrahams from Mitchells Plain, said this was her first experience with the organisation and found the whole process exciting and a labour of love - something she would do every day.

Shanaaz Stofberg from Rise Against Hunger said everyone has the right to enough nutrition to live life to his or her full potential. “Seeing these students form a part of the process, is really positive. This tradition has been going since our founding in 1998. Rise Against Hunger has grown exponentially. We have implemented sustainable community development projects and our meal packaging programme has shown that it harnesses the passion of local volunteers,” said Stofberg.

“It is all about making a global impact on hunger by building resilience, self-sufficiency and empowerment among communities.”

Professor Pamela Dube, Deputy Vice-Chancellor for Student Development and Support, said she is pleased with the students’ enthusiasm and their meaningful contribution to society as it aligns with the University’s goal of being a community engaged institution that contributes positively towards society. 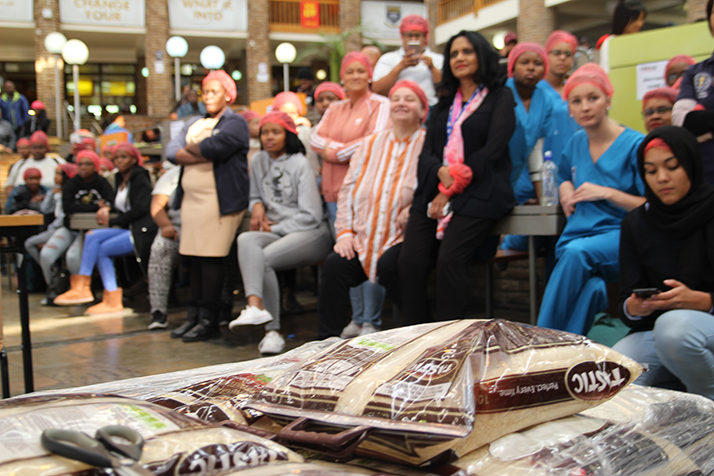