Contact Us
< Back
Sixteen Statistical Science Honours and five Master’s students at the University of the Western Cape (UWC) passed a highly-respected accredited programme, granting them access to coveted SAS e-badges.

These e-badges are linked to successful students’ social media profiles and serve as recognition and confirmation of their verifiable skills in their field, both locally and internally.

The UWC students became the first at an African higher education institution to obtain these e-badges, which relate to validating learning and sharing one’s achievements.

After passing the SAS accredited Honours or Master’s UWC programme, the badges become publicly visible on each successful candidate’s social media and LinkedIn profiles and can be used on email signatures and digital résumés. Through these badges, for instance, employers can see at a glance whether a candidate meets the standards upheld in statistical science internationally.

Prof Rénette Blignaut, UWC’s Deputy HOD at the Statistics and Population Department, said: “Our Honours and Master’s programmes in Statistical Science (with specialisation in Data Science) have international accreditation to prepare students for the world of work and to earn specific e-badges through the acquired SAS skills. SAS is a leader in the field of analytics, assisting businesses with business intelligence and data management software and services”.

Each of the M.Sc students specialising in Data Science received three e-badges, whereas the 16 Honours students each received two e-badges. Blignaut explained: “These e-badges not only verify analytical skills, they also provides access to the UWC website displaying the details of the academic programme the awardees have completed”. 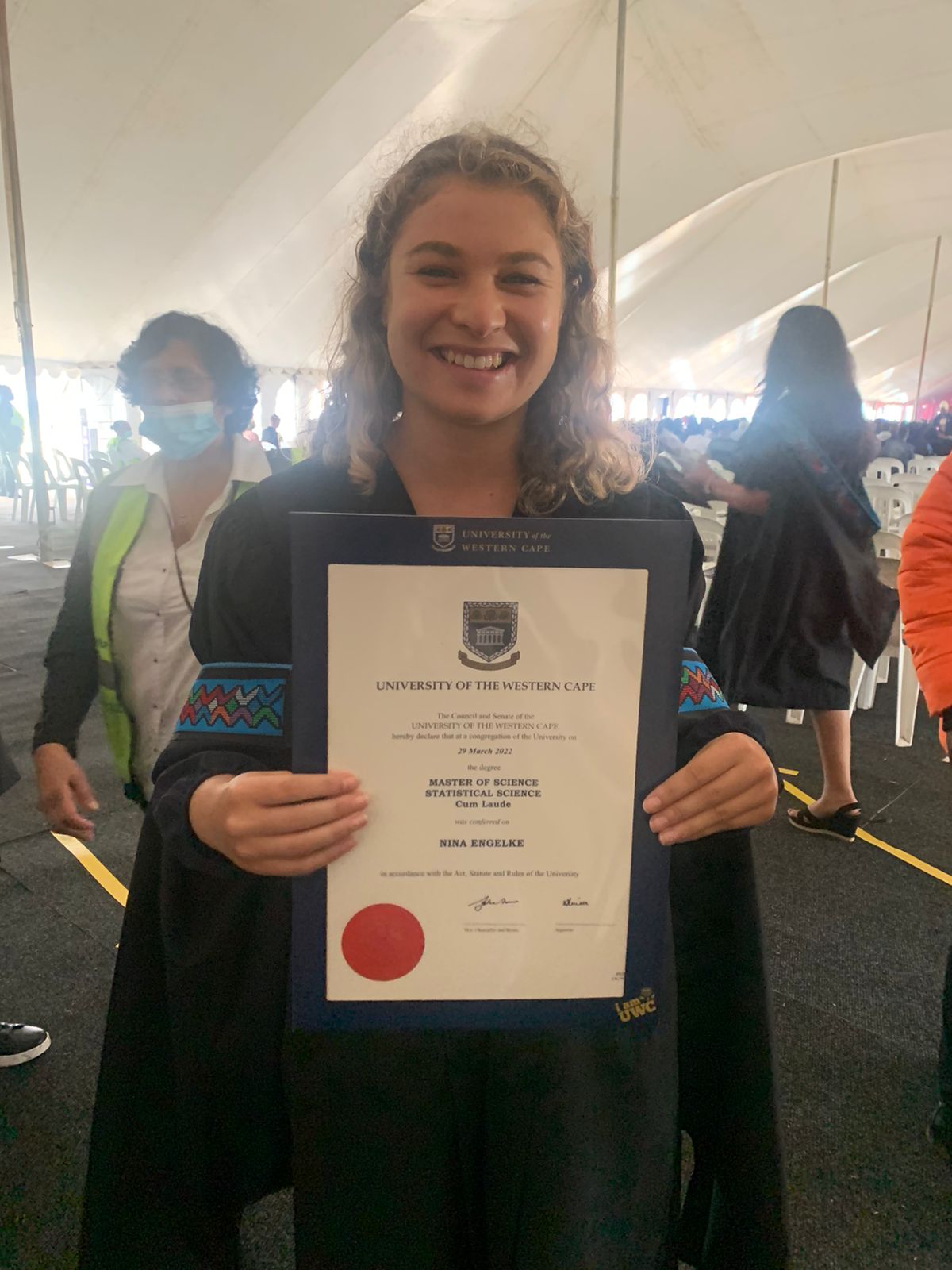 Nina Engelke, the top performing MSc graduate in Statistical Science with specialisation in Data Science, has future plans to pursue a Ph.D.

“I think obtaining these e-badges will definitely improve my chances of having my skills recognised in the public domain. The e-badges can be used on LinkedIn and on your CV and this definitely sets you apart from other candidates,” said Engelke (pictured).

“The course wasn’t too difficult to complete and I enjoyed applying the theory in the practical examples, and gaining tools and skills that can be applied in industry.”

Brent Eachells, a current and talented Master’s student in the group, said he appreciates that the e-badges provide extra credibility to his skill set, but he would have to wait until he completes his studies before he can apply for a job and experience the impact these e-badges have in increasing one’s chances in the job market.

“The course was a lot of work and tough at the time, but compared to this Master’s programme it seems much easier in retrospect. I enjoy learning cool and interesting things, and most of the subjects satisfied my curiosity,” said Eachells. 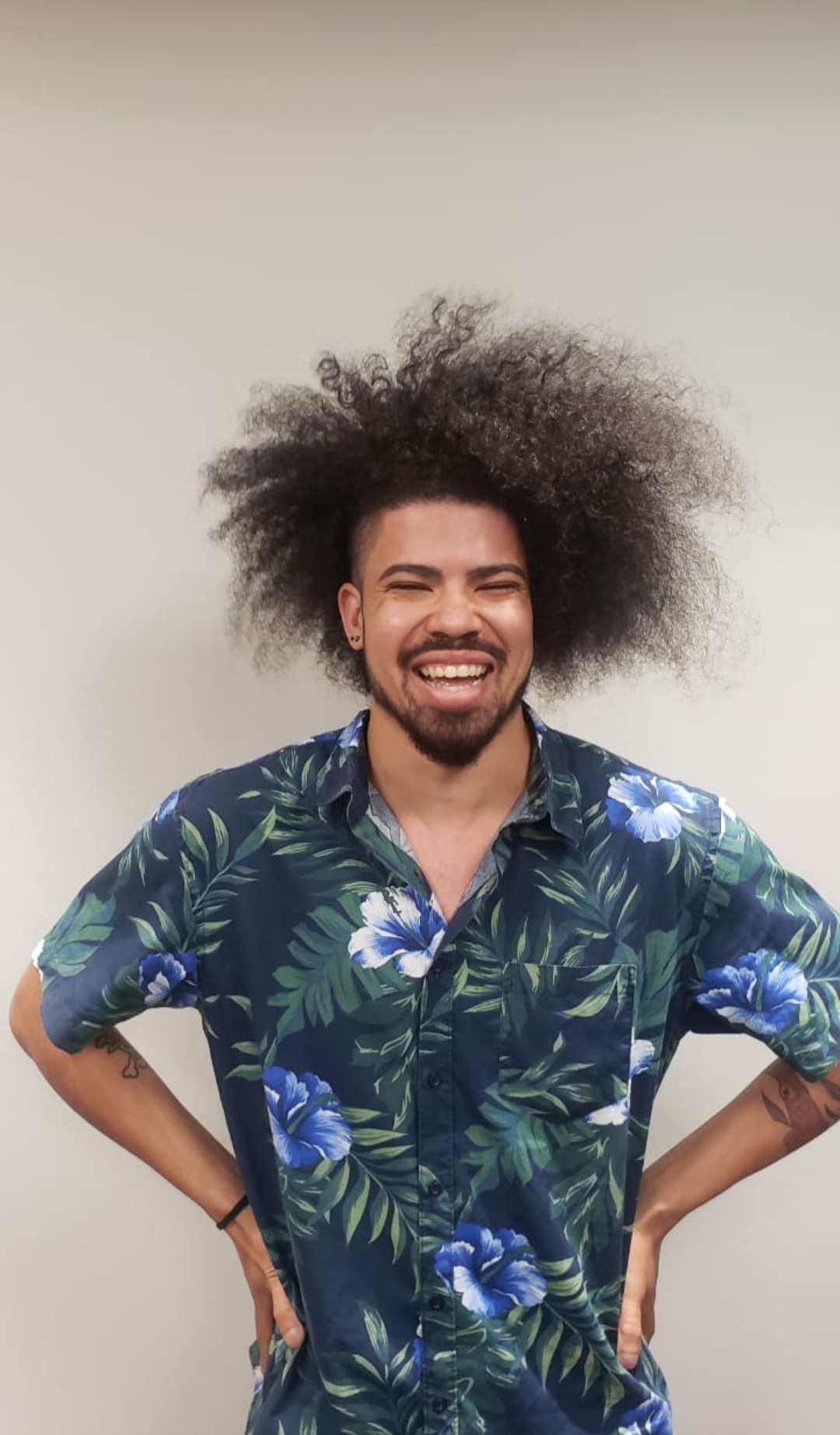 The northern suburbs bonsai enthusiast said he chose statistics because of a very influential lecturer in his second year of undergrad, and jokes: “I was doing BSc Mathematical and Statistical Sciences and expected to come out of the degree as a programmer, but at the moment I am most interested in aspects of machine learning and its uses in explaining the world However, I don't know enough about the things I don't know; so my interests within the field are very susceptible to change.”

The university launched its Master’s Programme in Statistical Science with specialisation in Data Science in 2018 to address the skill shortages in several industries.

Data science is an interdisciplinary field which incorporates statistics, computer science and mathematics to solve a range of complex problems by using advanced analytics. There is a global demand for data scientists to, amongst other things, solve business-related problems using data-driven techniques.

The Master’s programme is an industry-directed programme in collaboration with Northwest University (NWU).

View pictures of academic staff and other students who qualified to receive their e-badges in the gallery below...

MORE ABOUT Statistics and Population Studies AT UWC