Public tertiary institutions relying solely on traditional funding models are finding them unsustainable, and South African universities have to make up the shortfall in creative, sustainable ways. Luckily, students from the University of the Western Cape are leading the way with their UWC Alumni Phonathon 2019.

“UWC has, like many universities around the globe, appealed to the goodwill of its growing alumni community, many of whom have gone on to become captains of industry and leaders of society, and who are changing their communities, and the world,” said Niven Maree, Alumni Relations Manager at UWC. “But the true heroes of this story are the students, who came together as a team to help ensure UWC’s future.”

The Alumni Phonathon forms part of the broad-based Access to Success campaign, an institutional fundraising-initiative. Donations from alumni, businesses and staff are put to work to fund academically achieving students.

Since the annual campaign launched in 2016, in excess of R2.3 million has been raised through Access to Success, and more than 150 students have benefited. And 2019 has been the most successful year, with the highest total number of pledges recorded to date, totalling in excess of R1.6 million (over R1 million of which has been confirmed).

The phonathon programme involved 60 students calling UWC alumni across South Africa to reconnect, update their contact details and raise funds. At the same time, hundreds of UWC staff members have pledged a portion of their salaries – starting at R50 a month – to the phonathon’s sister Staff Donor Campaign. 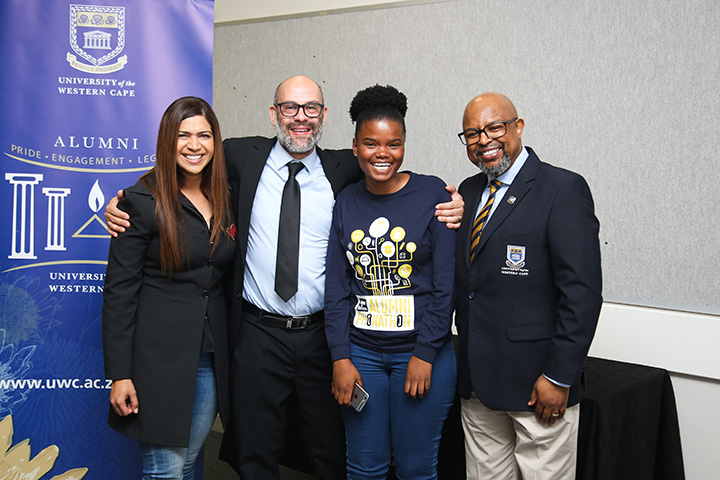 “Every single night I left more motivated than when I came, inspired by the efforts of my fellow phonathon volunteers and the Alumni Relations Office - this amazing UWC family,” said Tohira Jardien. “I was even more inspired by my interactions with UWC alumni. Successful business owners, teachers, doctors - even vice-chancellors, people who had come so far, and who were still willing to give back. I thought to myself: look how far UWC has come - and I am part of that.”

Siyanda Kobokana reflected on the journey he and his fellow volunteers had been on.

“Our journey started with one call, and became a calling for all of us - a calling for us to embark on a journey that transcends self,” Siyanda said. “It ended with over a million rand raised for our fellow students, whose own journeys are just beginning - and our efforts can help them on their way.”

Maree said the phonathon was about more than just asking for donations.

“It also serves as an opportunity for potential donors to learn, first-hand, the harsh realities students are faced with on campus. And it’s an invaluable opportunity for students to network with alumni working in their field of study,” said Maree. 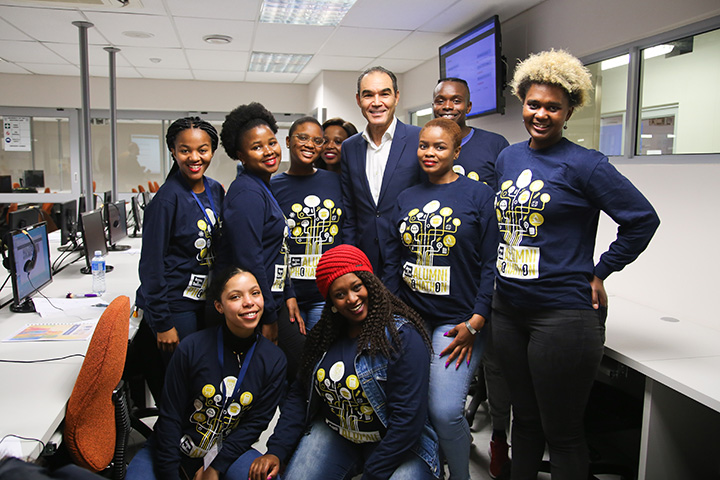 “The skill sets that our students are learning during the phonathon are critical thinking, creative thinking, problem-solving - and above all, teamwork. Students received training on, among other things, phone etiquette, time management and effective communication. In the past, many students have, thanks to the phonathon, even secured employment after graduating. ”

Meko Magida, Executive Director of Human Resources, UWC alumnus and staff donor thanked the volunteers for their hard work, and for the leadership qualities they displayed.

“There are many kinds of leaders... But the very best leaders are those with a special kind of leadership: servant leadership. That means being in the service of others. Seeking no glory for yourself, but rather empowering and growing those around you,” he said.