Welcoming panelists and audience members to the UWC Main Hall, Deputy Vice-Chancellor Professor Vivienne Lawack recounted what she called her own “tea incident” when she worked as legal counsel for the Reserve Bank. Asked to pour tea at a meeting because she was the only woman present, Lawack drew a line in the sand, asking what was wrong with the men? Why could they not pour their own tea?

“Everyone has their own moment when they have to draw a line in the sand and explain. It starts with tea, the rest becomes very easy,” said Lawack. This message - explaining the difference between intent and impact - was reinforced throughout the dialogue as panelists recounted how they have had to spell out why treating them differently because they are women defeats the point of gender equality. 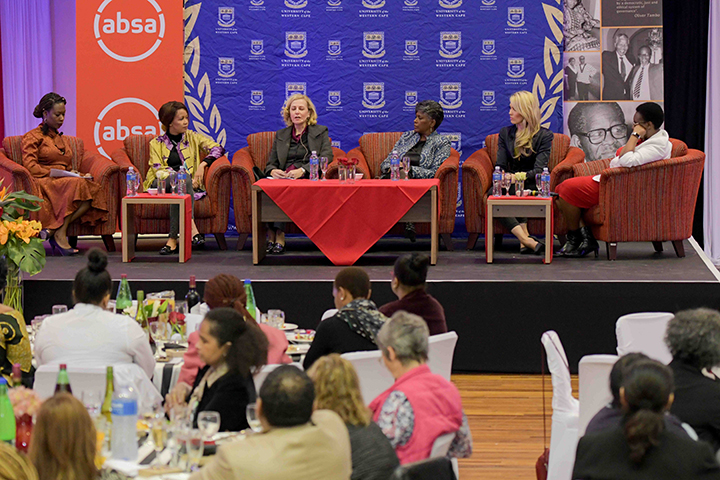 Life coach Obenewa Amponsah facilitated the panel discussion, kicking off the evening by laying out statistics. For example, though South Africa has made great strides in addressing gender representivity, women only occupy one in three managerial positions, and less than half of positions with a great deal of influence (according to Statistics SA’s Quarterly Labour Force Survey, Q2, 2018).

Amponsah questioned each of the panelists on just how much influence they really have, to which Prof Anita Bosch, who holds the USB Research Chair: Women at Work at the Business School, Stellenbosch University, explained what she thought needs to change: “When you are looking at board level, you need at least three women present so they can have a voice. If it is two women then they are only there to support each other. But, it is a tipping point we are looking for. After a while it will become less about the numbers and more about changing the culture,” said Bosch. Her research is about showing how elevating and expanding the role of women in the workplace eventually enhances the work experience for all. After all, studies show that the financial performance of companies improve with a more gender-equal board, explained Bosch.

Environmentalist and social activist, Catherine Constantinides, said her experience working throughout Africa has reinforced the theory that just because women are allowed into executive structures at a workplace, does not mean their position come with any power: “Are we allowed a voice? Are we given an opportunity to be part of changing the structure?”

Ultimately, Dr Sisa Ngabaza of UWC’s Women’s and Gender Studies Programme, delved into one of the primary factors driving the statistical gap between women in the academic space and formal employment, which is that work is not structured for women who have to take care of the home, children and most of the unpaid work: “They are wasting time they could have been using to drive their careers. Men are not concerned about that second shift of work because women are doing it for them,” explained Ngabaza.

Bonita Bennett, Director of the District Six Museum, added that another concern South African women face is the challenge of violence. “It is another level of organisation that determines where you will get involved, what you will do, where you will go, and protecting yourself from male violence,” said Bennett.

Dr Aisha Pandor, CEO of SweepSouth, said her experience over the past five years on the management side of the home cleaning business taught her much about hiring practices in South Africa. What she has realised about the status quo is that more men are involved in decision making within companies. “Unless you change who the decision makers are, men will continue to see other men as preferable in roles of power,” said Pandor.

When Constantinides explained some of the difficulties faced by women in northern African countries who face cultural norms which deem men should be prioritised in all spheres, Amponsah asked whether the problem is not one of interpretation: “Think of Adelaide Tambo. We don’t see her as a leader, but isn’t that just because of our interpretation - because of our bias and lens?” 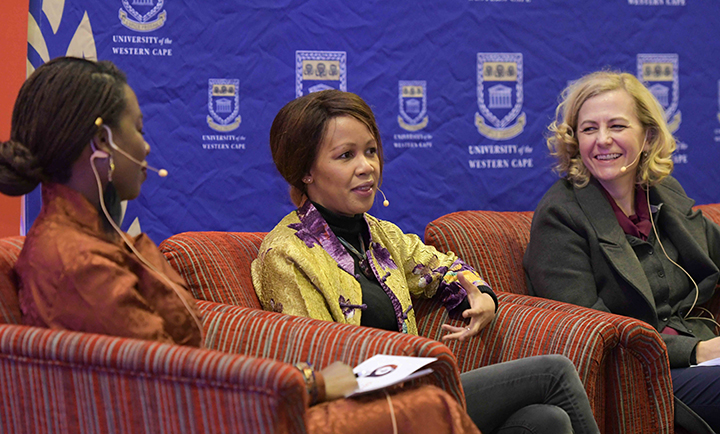 Ngabaza expanded on this line, holding up local studies of masculinity which point out that men subscribe to notions of masculinity as espoused by their fathers, exhibiting a lack of understanding about gender equality that could only be addressed through informative and frank dialogue. “Women alone cannot make a change in their own communities. Men need to be brought into the conversation too. If we don’t first bring men to the table, then we are wasting our time as women, talking about change,” said Ngabaza.

Eventually, the panelists agreed that the question really should have been, where are the men?

“It is about bringing men into a space to have a conversation they would never have. How do we make sure within every community, that boys are part of the conversation? Also, the upliftment of the girl child must not be to the detriment of the boy child. We must make sure to uplift people to be the best they can be, not based on gender,” concluded Constantinides. 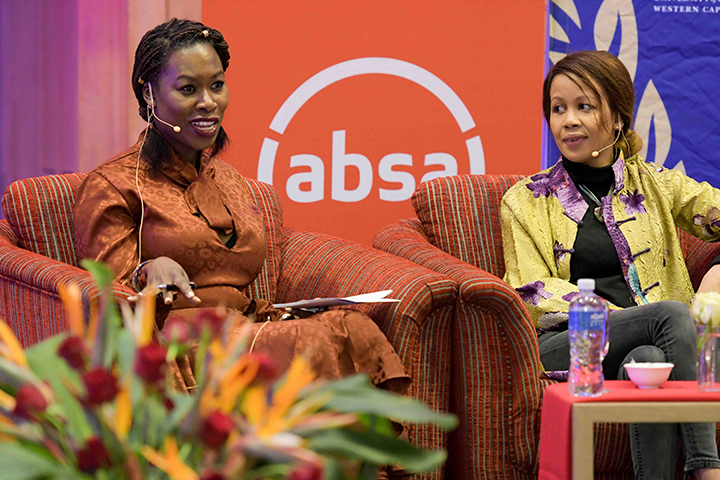 “The next dialogue will be, Not Just the Wife, deconstructing the idea of what is a freedom fighter,” said Msimang.