The University of the Western Cape (UWC) has bid farewell to top athletes who have been selected to represent South Africa at the 29th edition of the World Student Games, aka the Summer Universiade, set to take place in Taipei from 19 to 30 August 2017.

Rising female footballers Abongile Dlani, Thembi Kgatlana and Thalea Smidt, as well as their male counterparts, Renaldo Learner, sensational sprinter Tamzin Thomas and water polo star Chad Roman, will form part of University Sports South Africa’s Team South Africa that will fly the rainbow nation flag at the Games. (Another star female footballer, Amogelang Motau, has since withdrawn from the squad to take up a scholarship in the United States.)

Ahead of their departure to join the Team SA camp in Johannesburg, UWC ‘s Rector and Vice-Chancellor, Professor Tyrone Pretorius, this week surprised the athletes by presenting them with some nice pocket money for the trip.

The Rector told the athletes that participating in the World Student Games is a wonderful experience for a student, and noted he was particularly proud that at least two athletes who were in the previous Games in South Korea two years ago were currently representing South Africa at the World Championships in London.

UWC Sport Administration Director Mandla Gagayi commented that his department is in a good space to have a Rector who is taking interest in sport and who understands what sport can do for society.

“As much as you are representing your country,” Gagayi told the athletes, “we would also like you to carry with you our principles and values as UWC - because whatever happens there, coming back to South Africa you will be that UWC athlete. So represent us proudly.”

At the same time he urged them to enjoy the games. “It is not about winning or losing. It is about you getting the experience and coming back a better person.”

UWC Sports Council chairperson Olivia Williams promised the athletes that the University is behind them all the way.

“On behalf of the UWC Sports Council, we wish you all the best,” she said. “We are cheering for you and we will support you all the way.” 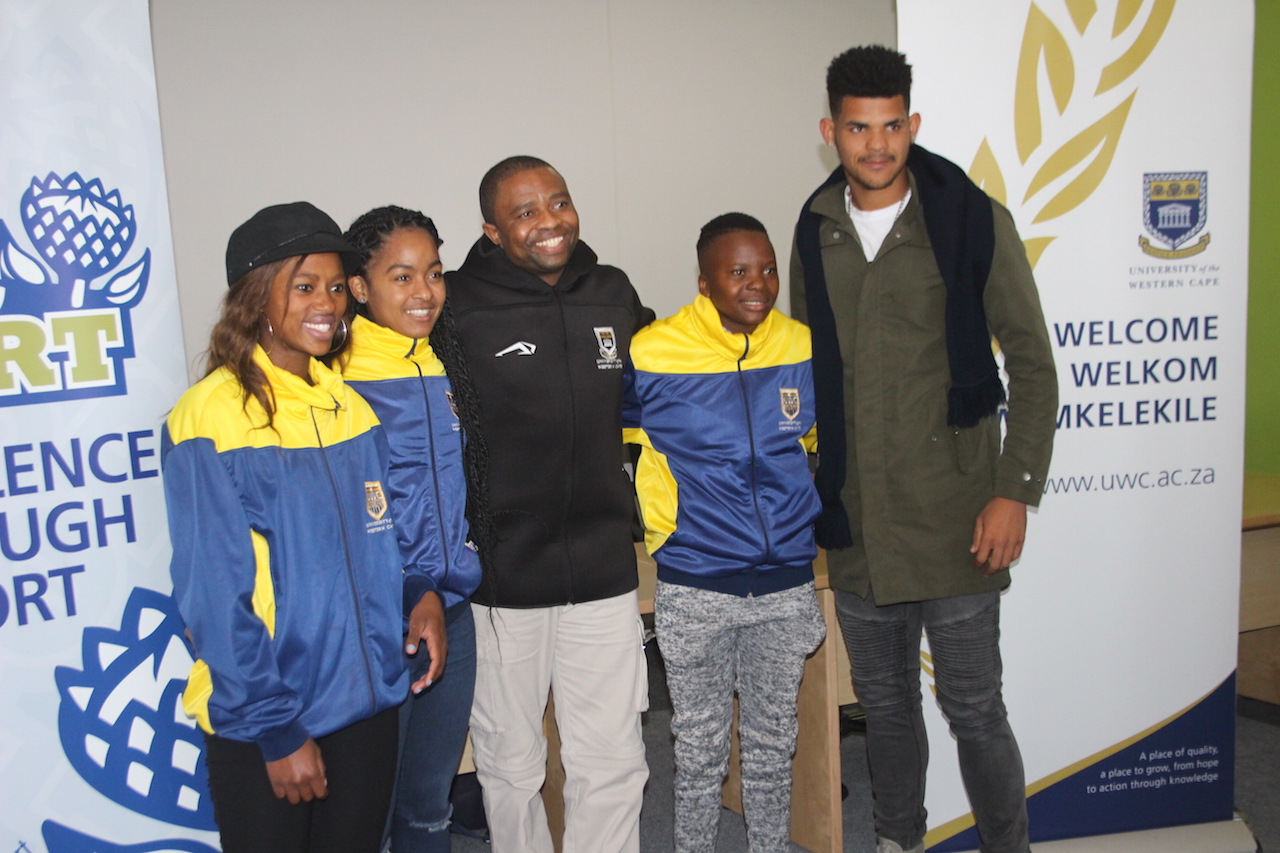